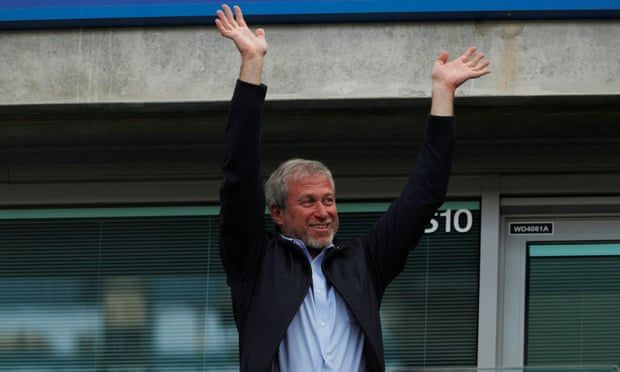 Chris Bryant, the Labour MP who told parliament that Abramovich should be sanctioned last Thursday, questioned the significance of the move to transfer stewardship and raised fears that it could be a ploy to stop the UK government targeting the 55-year-old. Abramovich, who bought Chelsea in 2003, relinquished the running of the club on Saturday and the move was said to have been provoked by the increased focus on him following the invasion of Ukraine.

However Abramovich, who has vehemently disputed reports suggesting his alleged closeness to Vladimir Putin and Russia or that he has done anything to merit being sanctioned, remains Chelsea’s owner and can still fund the club. Chelsea, who could be vulnerable if Abramovich is sanctioned, remain under the same leadership structure and, with sources suggesting that little at the club has changed, Bryant has sought to keep up the heat on the Russian.

“I’m worried that this is a classic Russian ruse to save himself from being sanctioned,” Bryant told the Guardian. “He could save himself a lot of bother by condemning Putin and his criminal invasion of Ukraine.”

On Thursday Bryant used parliamentary privilege to say that Abramovich was identified by the Home Office in 2019 as having links to the Russian state as well as to “corrupt activity and practices”. Telling the House of Commons that he was quoting from a Home Office document leaked to him, Bryant suggested the UK should seize Abramovich’s assets and bar him from owning Chelsea.

Bryant has maintained that Abramovich can distance himself from Putin by condemning the Russian president’s actions. Abramovich’s statement on Saturday night made no mention of the invasion of Ukraine. He said that the trustees “are in the best position to look after the interests of the club, players, staff, and fans.”

Chelsea released a short statement on their website on Sunday. It read: “The situation in Ukraine is horrific and devastating. Chelsea FC’s thoughts are with everyone in Ukraine. Everyone at the club is praying for peace.”

Abramovich’s move could attract interest in the club from potential bidders, although Chelsea maintain that the club is not for sale. It is unclear if a sale would be possible if Abramovich is sanctioned. It is possible that Chelsea would be unable to trade if sanctions are imposed on their owner, which could leave the club in a challenging financial position. The government could grant Chelsea an exemption to continue operating in that situation.

With sanctions yet to arrive, though, Abramovich has handed over control to close trusted figures. Chelsea’s charitable foundation is headed by Bruce Buck, the club’s chairman. The other trustees are Emma Hayes, the Chelsea Women’s manager; Piara Powar, the executive director of the anti-racism organisation Fare; Paul Ramos, Chelsea’s director of finance; the sports lawyer John Devine; Sebastian Coe, the president of World Athletics; and Hugh Robertson, the chairman of the British Olympic Association and a former MP and sports minister.

Football decisions, including transfers, contracts and the future of the manager, Thomas Tuchel, will be the responsibility of the director Marina Granovskaia and the technical and performance director, Petr Cech. They are already heavily influential in running the club and in practical terms little will change for now on a day-to-day basis. One legal expert told the Guardian that transfering stewardship was essentially meaningless in legal terms and ultimately amounted to little more than a PR exercise.

Another issue for Chelsea is that the foundation’s trustees are understood to feel that there are legal and regulatory issues, as well as ethical concerns, over the change of stewardship. No discussions were held before Abramovich’s announcement on Saturday and it is understood that the trustees are yet to agree to the request to take over the running of the club.