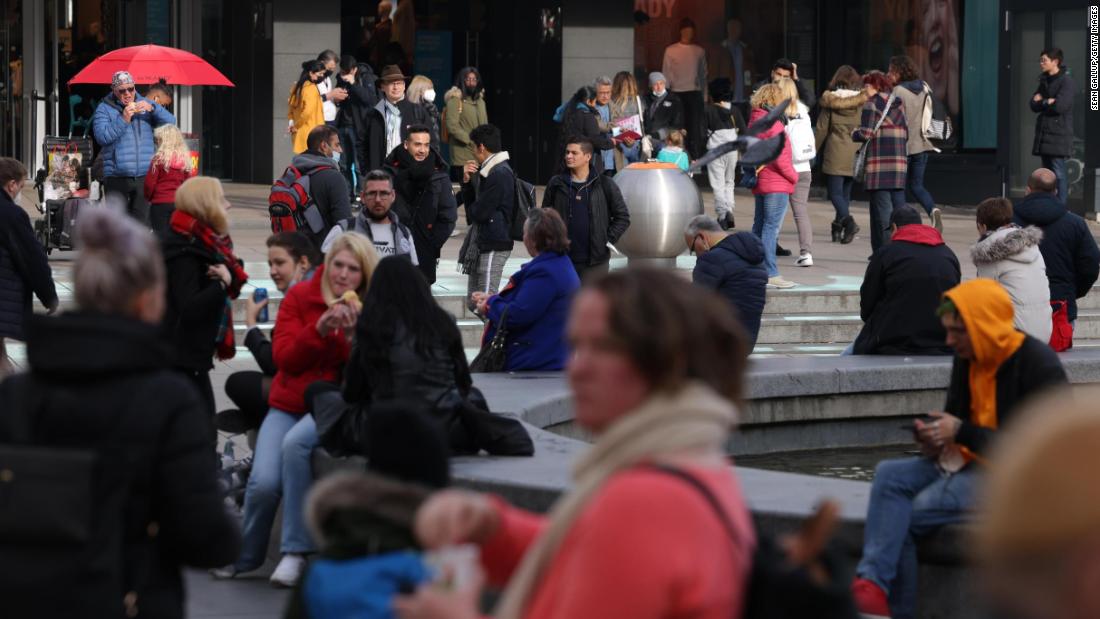 Germany's capital Berlin will ban unvaccinated people from restaurants, bars, cinemas and other entertainment venues from Monday, as the country grapples with its highest surge in Covid-19 cases to date.

Health officials reported 50,196 new cases on Thursday, the fourth day in a row in which Germany has broken its record for new infections.

From next week those who are not fully vaccinated will be excluded from a number of entertainment sites in Berlin, the city's Senate announced on Wednesday, as it expanded the so-called "2G" rules that bar people without two shots from entry.

Outdoor events with more than 2,000 visitors will also be off-limits to unvaccinated adults, officials said.

The move comes amid an escalation in rhetoric against unvaccinated people from national ministers in Germany, where the inoculation rollout has fallen behind several European neighbors to the west. 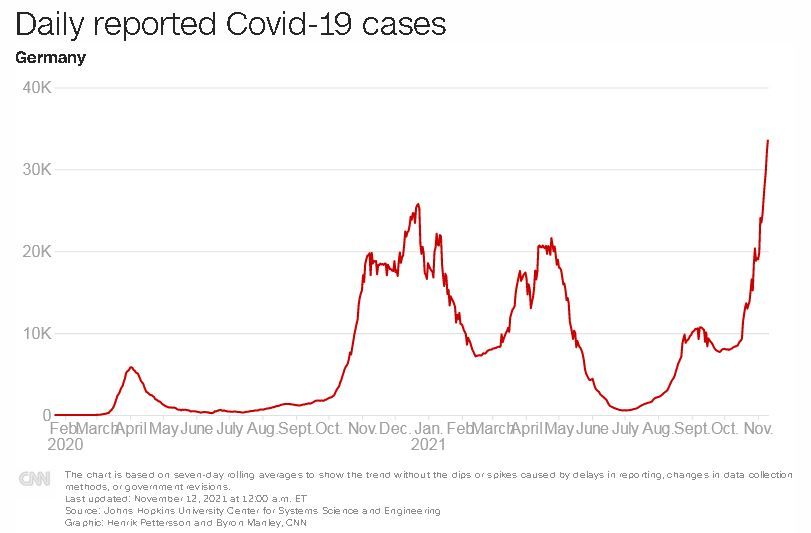 Chancellor Angela Merkel, in a video message posted on the country's government website late Wednesday, said that "in Germany, I must say unfortunately that our vaccination rate isn't high enough to prevent the fast spread of the virus," urging quick action at national level to boost the rollout.

Germany has fully vaccinated 66.7% of its population, leaving one in three people unprotected.

Infections have skyrocketed in recent days; the country's seven-day incidence rate rose to 249.1 cases per 100,000 people on Thursday, up from 154.5 cases a week ago.

Hospitalizations and deaths remain at a much lower level than in previous peaks, but there is growing concern about gaps in the country's vaccination coverage as it moves into the winter months.

Health Minister Jens Spahn said the country was experiencing a "massive" pandemic of the unvaccinated, an early signal that the government is directly targeting unprotected people to join the vaccine program.

Merkel also called Wednesday for a meeting between the country's 16 federal state premiers ''as quickly as possible'' to ensure ''harmonious'' measures at national level. Germany's federal state premiers are primarily responsible for imposing and lifting restrictions, but the country's new parliament on Thursday is debating on whether to turn coronavirus measures from the national level to regional leaders.

In a hurdle to its attempts to expand rollout, Germany's vaccine committee recommended people under 30 are only inoculated with the Pfizer/BioNTech Covid-19 shot, after it observed a higher number of cases of heart inflammation in younger people who received Moderna rather than Pfizer.

In a news release on Wednesday, STIKO said its recommendation applied to both initial vaccination and any possible booster jabs. "Even if another vaccine was previously used, further vaccinations should be given with Comirnaty [Pfizer/BioNTech]," it said.