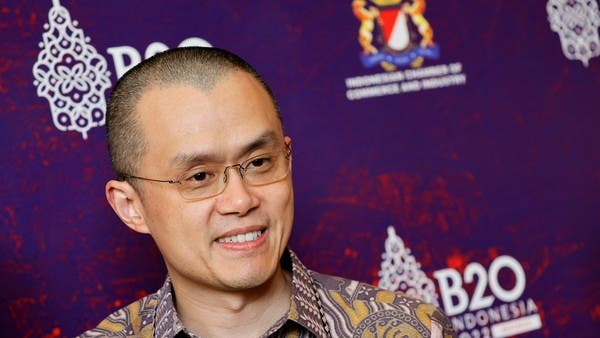 The head of Binance, the world’s top cryptocurrency exchange, pledged Thursday to release an audit into the firm and rejected claims he sparked the recent collapse of rival platform FTX.
Changpeng Zhao said an independent audit into Binance would be released “in a couple of weeks” and urged a full investigation into FTX’s demise, before delivering a scathing critique of its founder Sam Bankman-Fried, questioning his mental stability.

Speaking at the Milken Institute’s Middle East and Africa Summit in Abu Dhabi, Chinese-Canadian Zhao, insisted “100 percent” that Binance would survive if investors suddenly withdrew funds from his platform.

Last week, FTX filed for bankruptcy and Bankman-Fried resigned as chief executive, a day after Zhao scrapped plans to acquire the crisis-hit competitor.

The collapse of FTX, once valued at $32 billion, sent major cryptocurrencies plunging and further undermined investor confidence in the young and turbulent cryptocurrency sector.

“That’s normal market behavior. If you want everyone to be equal, then you go back to communism, and that doesn’t work well,” Zhao said.

But he denied intentionally wiping out FTX by earlier announcing Binance was liquidating holdings in FTX’s FTT token.

The move prompted Bankman-Fried to write on Twitter: “Well played; you won.”

“Only a psychopath can write that tweet,” 45-year-old Zhao said, playing down his influence on the market.

“If I sell Bitcoin, nobody cares,” he claimed.

FTX’s problems were due to investors’ “suspicion” and “frustration” according to the Forbes-listed multi-billionaire.

When asked whether Binance would release an independent audit of its reserves and liabilities, Zhao said: “Yes... and I think in a couple of weeks.”

Zhao was cautious that improved regulation was the only solution to the crypto sector’s problems, insisting senior industry figures should set standards.

“I think regulation is a key component...(but) more importantly the industry players should act by leading by example,” he said.

“The tricky part is, how do you strike the balance where you encourage innovation...and try to protect consumers?”