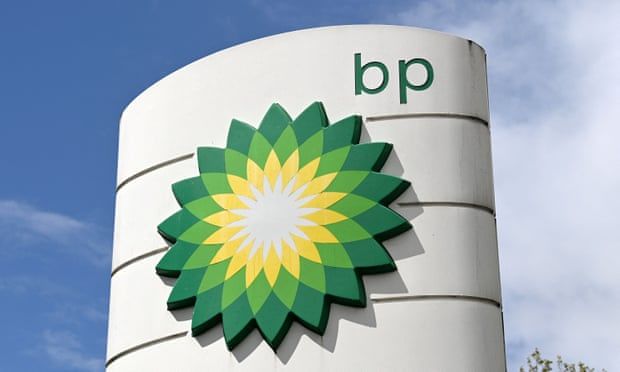 Results are ‘obscene’, say unions, after soaring oil and gas prices help company to beat forecasts
BP’s profits more than doubled to $6.2bn (£5bn) in the first three months of the year, adding to pressure on ministers to impose a windfall tax to aid households struggling with soaring energy and fuel bills.

The energy giant reported its highest quarterly profit in more than a decade – with the figure far higher than the $4.5bn that analysts had expected.

The huge earnings fuelled demands for the government to introduce a one-off levy on the companies benefiting from high oil and gas prices.

Campaigners argue the money raised by the tax could be used to ease the burden for those hardest hit by the cost of living crisis.

The chancellor, Rishi Sunak, hinted last week for the first time that a windfall tax was a possibility if energy companies did not properly reinvest bumper profits. However, on Tuesday morning Boris Johnson argued against such a tax.

“If you put a windfall tax on the energy companies, what that means is that you discourage them from making the investments that we want to see that will, in the end, keep energy prices lower for everybody,” the prime minister told ITV’s Good Morning Britain.

However, when the chief executive of BP, Bernard Looney, was asked by the Times which of its planned £18bn of UK investments it would drop if a windfall tax were imposed, he said: “There are none that we wouldn’t do.”

Labour seized on the remarks, with the shadow energy secretary, Ed Miliband, tweeting: “The government’s whole case against the windfall tax has now been exposed as a sham by none other than the boss of BP. He himself says it wouldn’t affect investment. He is right, their windfall profits are going mostly into share buybacks. The government have run out of excuses.”

Looney told reporters that the war in Ukraine was increasing living costs, which was “creating a terrible situation for many people around the world”. He said BP was closely working with governments on the “trilemma of delivering cleaner, reliable and affordable energy”.

He estimated that a million barrels of Russian oil a day had been removed from the market and this could double this month under existing sanctions, even before the EU decides on an oil embargo, which is supported by Germany.

BP announced a $2.5bn share buyback programme on the back of the bumper profits. Looney has promised that the company will buy back at least $1bn of shares every quarter while oil prices are above $60 a barrel. The war in Ukraine has driven Brent crude, the global benchmark, above $100 a barrel.

The company also said it intended to invest up to £18bn in the UK’s energy system by the end of 2030, including offshore wind projects in the Irish Sea in partnership with the German energy firm EnBW, and £1bn in electric vehicle charging points. BP is raising investment from 10%-15% of capital to 15%-20% of capital.

The UK oil group made an underlying replacement cost profit of $6.2bn between January and March, the biggest quarterly figure since autumn 2008, and compared with $2.6bn in the same quarter last year. This was the result of “exceptional oil and gas trading”, higher prices and better refining results. Shares closed 5.8% up on Tuesday, making BP the biggest riser on the FTSE 100.

Frances O’Grady, the TUC general secretary, said: “At a time when households across Britain are being hammered by soaring bills and prices these profits are obscene. The government must stop making excuses and impose a windfall tax.”

The Liberal Democrat leader, Ed Davey, called the failure to bring in a windfall tax “an unforgivable lack of leadership from Boris Johnson at a time of national crisis”.

BP wrote down the value of its business in Russia, and including the resulting $24bn charge, reported a quarterly headline loss of $20.4bn, its biggest ever. The company also incurred a $1.1bn deferred tax liability relating to Russia withholding tax on BP’s share of the Russian state-owned energy firm Rosneft’s profit.

Looney said: “In a quarter dominated by the tragic events in Ukraine and volatility in energy markets, BP’s focus has been on supplying the reliable energy our customers need. Our decision in February to exit our shareholding in Rosneft resulted in the material non-cash charges and headline loss we reported today.”

Along with its rival Shell, BP bowed to pressure from the UK government to sever its ties with Russia after the invasion of Ukraine, and said in late February that it would offload its 19.75% shareholding in Rosneft. BP’s two directors stepped down from the Rosneft board the same day.

BP said western sanctions against Moscow meant that “it is not currently possible to estimate any value other than zero” for its Rosneft shareholding, which it could try to sell back to Rosneft at a huge discount.
#Boris Johnson  #Johnson 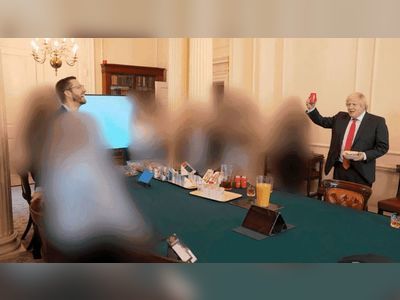