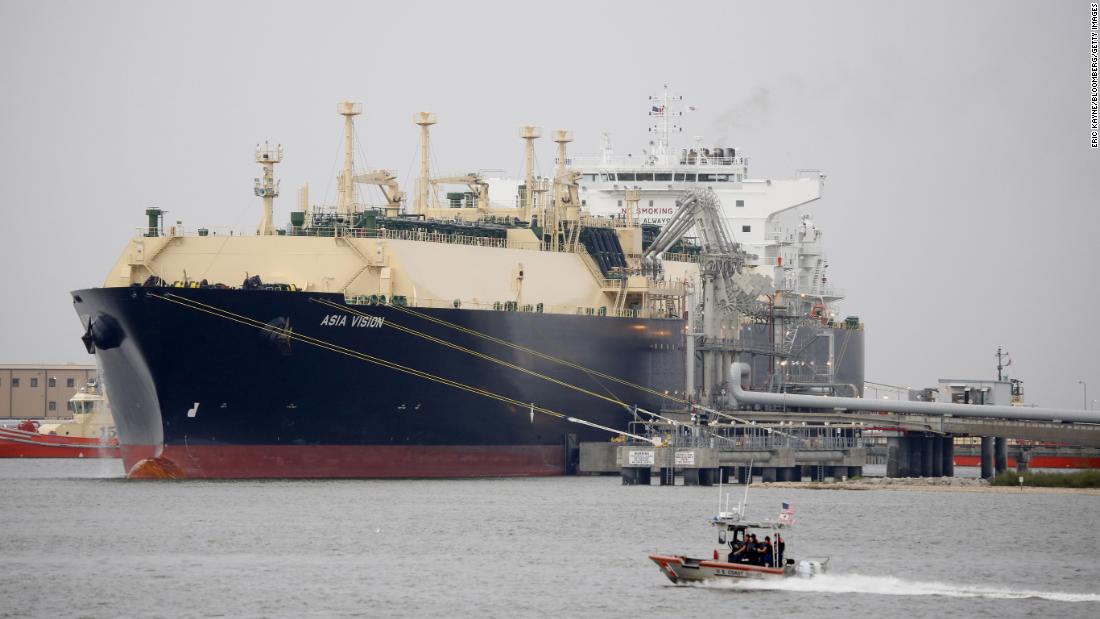 North Atlantic shipping lanes are going to be very busy this year as an armada of US natural gas shipments heads to Europe, helping the continent to reduce its reliance on Russian energy following the invasion of Ukraine.

The Biden administration said Friday that the United States will work with other suppliers to send an additional 15 billion cubic meters of liquefied natural gas (LNG) to the European Union in 2022.

"An increase of 15 billion cubic meters from 2021 levels should be achievable, particularly if we continue to see the strong flows that we have seen so far this year," said commodities strategists at Dutch bank ING.

But it's a start.

"15 billion cubic meters of LNG is a big number. It's equal to about one sixth of Germany's annual gas demand," said Alex Froley, LNG analyst at Independent Commodity Intelligence Services.

Remember: LNG is not shipped through pipelines. Instead the gas is cooled to a liquid and loaded onto ships. Sending an additional 15 billion cubic meters to Europe would mean an extra 150 shiploads crossing the Atlantic. 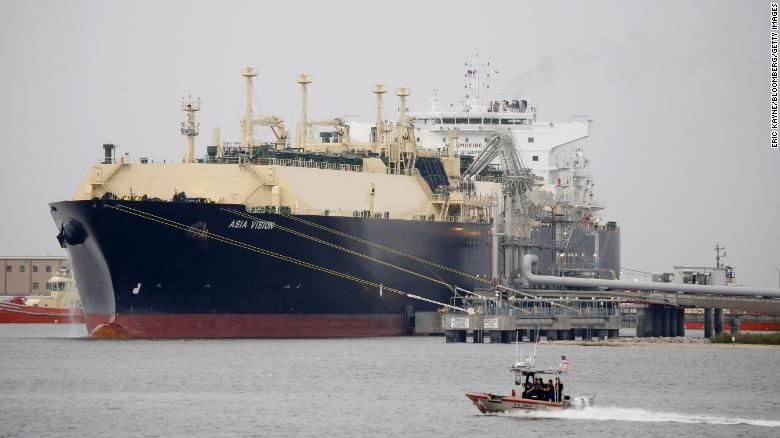 A US Coast Guard boat moves past the Asia Vision LNG carrier ship docked at a terminal in Sabine Pass, Texas.

It's remarkable that the United States is in a position to help Europe at all.

The United States only shipped its first LNG cargo from the lower 48 states in 2016, and has risen to become the world's top exporter in just six years as a shale gas revolution boosted domestic production and turned the country into a powerful force in global energy markets.

America exported more LNG than rival producers Qatar and Australia for the first time in December. It will be the biggest exporter in the world through 2022 as a whole, according to the US Energy Information Agency.

The United States will add even more capacity in the coming years.

"The US has abundant gas supplies, a broadly favourable political and regulatory environment, and an experienced and capable construction industry, making it one of the most attractive locations to develop new export capacity," Ed Crooks of Woods Mackenzie said earlier this year.

A huge spike in gas prices in Europe was attracting more US shipments even before the Biden administration's announcement on Friday.

That means the United States is already pacing well ahead of Biden's goal.

Johnson served as chairman and CEO of Fidelity Investments, the company his father started, for over 40 years, and transformed the mutual fund manager into the second-largest investment management company in the US and one of the most successful financial services firms in the world.

In 1974, he broke the mold by selling mutual funds directly to individual investors instead of through traditional brokers. After the 401(k) was created by Congress in 1978, he introduced a retirement fund management system, which is now a foundational element of millions of Americans' retirement plans. As the stock market began a sustained period of growth in the 1980s, Fidelity was the first companies to supply discount brokerage services to individuals. In 1995, it became the first fund company to create a website.

People are searching for electric cars

As gas prices soar and pain at the pump intensifies, consumers are reacting by searching for — and possibly dreaming of — more fuel-efficient vehicles, reports my CNN colleague Rachel Ramirez.

Web search interest in electric vehicles reached a record high in the United States in March, according to Google Trends.

While high gas prices are certainly one reason, Jesse Toprak, chief auto analyst at Autonomy, an EV subscription company, said the new interest is spurred by a combination of factors.

"It's a direct reaction to high gas prices, and on top of that, we're also seeing more and more EV models available to choose from for consumers," Toprak told CNN Business.

Does that mean every Google searcher is shopping for a new EV? Maybe not.

Many people are likely exploring the costs and benefits of these cool-looking, electricity-fueled cars. EVs are still prohibitively expensive for many US households. And rather than shelling out even more money up front, many consumers tend to hold on to their current vehicles for as long as they'll last.

Yet Toprak said the Google Trends search is a good measure of consumer demand, and that it matches what his company has been seeing in recent weeks: increases in inquiries and reservations for electric cars.

"We're also seeing that more customers want to educate themselves, even if they've been on the sidelines so far," Toprak said. "There's clearly an interest in consumers trying to figure out, 'is this a better alternative for me?'"

US pending home sales data will be published at 10:00 a.m. ET

Also today: Consumer sentiment survey from the University of Michigan.

Coming next week: US jobs report for March; Earnings from BioNTech and Walgreens Boots Alliance.