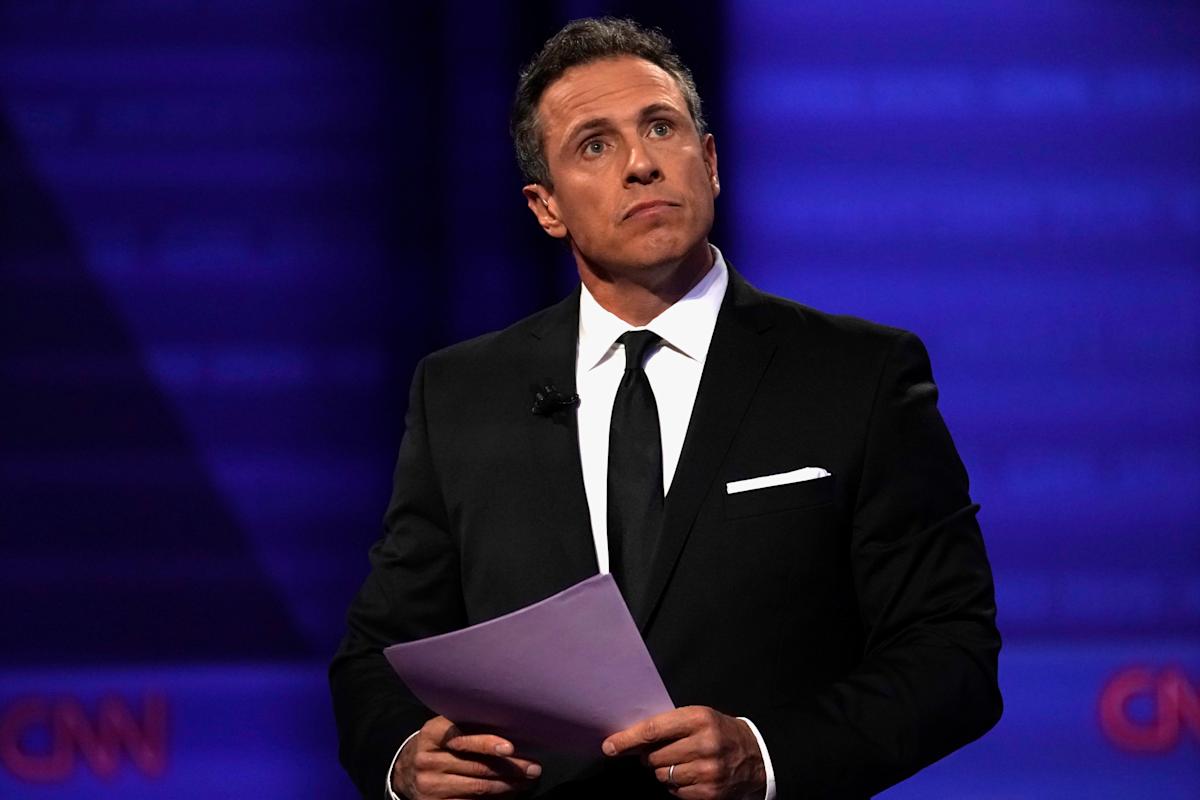 The "Cuomo Prime Time" host was first suspended over trying to investigate the women accusing his brother of sexual harassment.
A spokesperson for Chris Cuomo is denying allegations of sexual misconduct involving the broadcast journalist, who was formally fired from CNN on Saturday.

Cuomo had been suspended by the network over his involvement in defending his older brother, former New York Gov. Andrew Cuomo, from multiple charges of sexual harassment, with transcripts from the New York Attorney General's Office revealing that the Cuomo Prime Time host had used his media contacts in an attempt to discredit his brother's accusers.

In a statement announcing the younger Cuomo's firing Saturday, CNN cited "additional information" which had played a role in the network's decision to terminate the newsman.

“Chris Cuomo was suspended earlier this week pending further evaluation of new information that came to light about his involvement with his brother’s defense. We retained a respected law firm to conduct the review, and have terminated him, effective immediately,” CNN shared in a statement on Dec. 4. “While in the process of that review, additional information has come to light. Despite the termination, we will investigate as appropriate.”

According to a report from the New York Times, that new information may have been an allegation of sexual misconduct made against Cuomo. Per the Times, attorney Debra S. Katz notified CNN of the allegation made by a former junior colleague at another network.

Katz also shared that her anonymous client “came forward because she was disgusted by Chris Cuomo’s on-air statements in response to the allegations made against his brother, Gov. Andrew Cuomo," citing the anchor's claims that he "cared very deeply" about issues such as sexual harassment. She added, however, that the sexual misconduct allegation was "unrelated to the Gov. Andrew Cuomo matter.”

Cuomo, who worked for ABC News prior to joining CNN in 2013, was previously accused of groping his former ABC News boss Shelley Ross in an op-ed published by the New York Times published earlier this year.

A spokeswoman for CNN told the newspaper that the network had cause to cut ties with the host based on reports of his interference in his brother's own sexual harassment scandal, saying, "Based on the report we received regarding Chris’s conduct with his brother’s defense, we had cause to terminate. When new allegations came to us this week, we took them seriously, and saw no reason to delay taking immediate action.”

A spokesman for Cuomo blasted the sexual misconduct allegation against his client as "false and unvetted."

"These apparently anonymous allegations are not true," a statement reads. "To the extent that they were sent to CNN to negate what Chris Cuomo told his audience, he fully stands by his on-air statements about his connection to these issues, both professionally and in a profoundly personal way. If the goal in making these false and unvetted accusations was to see Mr. Cuomo punished by CNN, that may explain his unwarranted termination."

Cuomo, who shares three children with wife Cristina, called his firing "disappointing" in a statement issued after the news broke.

"This is not how I want my time at CNN to end but I have already told you why and how I helped my brother," Cuomo, 51, shared. "So let me now say as disappointing as this is, I could not be more proud of the team at Cuomo Prime Time and the work we did as CNN's #1 show in the most competitive time slot. I owe them all and will miss that group of special people who did really important work."

On Sunday, Katz issued a statement detailing her client's reaction to what she called "jaw-dropping" evidence against Cuomo and his ties to his brother's defense. She noted that after contacting CNN last Wednesday — a day after Cuomo's suspension was announced — she spoke with the network on Friday about providing evidence for her client's claims.

"My client came forward at this time because she felt in sharing her story and related documentation, she could help protect other women," Katz wrote. "She will continue to cooperate with CNN's investigation into her allegations. Given the nature of her allegations, she wishes to remain anonymous, and we ask that you respect this decision."