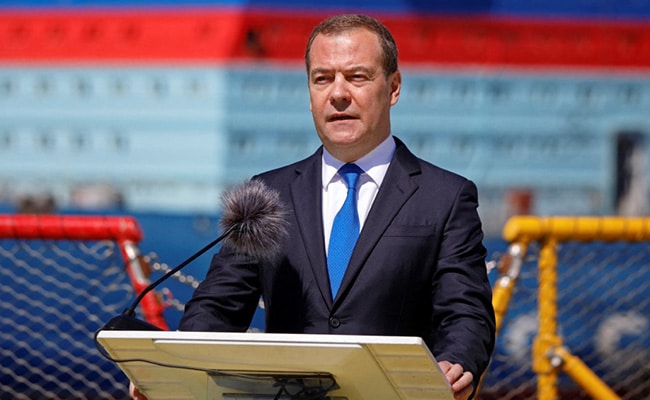 In his list of predictions for 2023, published on his personal Telegram and Twitter accounts, he also foresaw Britain rejoining the EU, which would in turn collapse.

Former Russian President Dmitry Medvedev, an arch loyalist of Vladimir Putin given a new job this week, predicted war between Germany and France next year and a civil war in the United States that would lead to Elon Musk becoming president.

Medvedev, deputy head of Putin's advisory security council, served as president during a four-year spell when Putin held the office of prime minister. He appears to have seen his fortune rise in the Kremlin, which said on Monday he would now serve as Putin's deputy on a body overseeing the military industry.

In his list of predictions for 2023, published on his personal Telegram and Twitter accounts, he also foresaw Britain rejoining the EU, which would in turn collapse.

Musk, the Tesla boss who now owns Twitter, responded to the suggestion he would emerge as U.S. president by tweeting back "Epic thread!!", although he also criticised some of Medvedev's predictions. Medvedev has praised Musk in the past for proposing Ukraine cede territory to Russia in a peace deal.

Since Russia's Feb. 24 invasion of Ukraine, Medvedev has reinvented himself as an arch-hawk, framing the conflict in apocalyptic, religious terms and referring to Ukrainians as "cockroaches" in language Kyiv says is openly genocidal. Last week he made a rare foreign visit to China, holding talks on foreign policy with President Xi Jinping.

"Medvedev's Telegram posts have found at least one reader, and indeed an admirer: Putin," Pastukhov, a political science professor at London's University College London, wrote on his own Telegram.