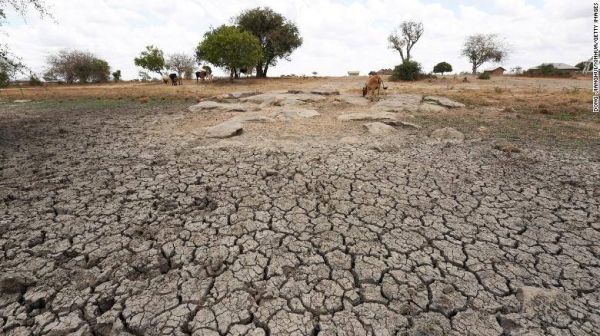 The amount of money needed to aid communities in the face of extreme weather-related emergencies has increased by more than 800% in the past two decades as the climate crisis also rapidly accelerated, new research shows.
The report, released Tuesday by Oxfam, found not only is the need for extreme weather-related UN humanitarian funding now sharply higher than 20 years ago, but donor nations are also failing to keep up with the staggering costs of the climate crisis.

In 2021, the economic toll of extreme weather events was roughly $329 billion globally -- the third highest year on record and almost double the total aid donated by wealthy nations to poorer countries that same year.

Additionally, the report shows that for every $2 needed to address climate change-fueled disasters, wealthy donor countries are only providing half of that.

"Even though the economic toll of climate change, estimated between $300 billion and $500 billion globally, is on par with government subsidies for fossil fuels, calls for solutions have gone unheard," he added.

Since 2017, roughly 54% of the developed countries responsible for the causes of the climate crisis today have met these UN humanitarian appeals, leaving a deficit of up to $33 billion.

From addressing wars to food scarcity around the globe, researchers say the climate crisis is putting even more pressure on an already financially-strained UN humanitarian system.

Such countries typically lack the proper infrastructure and money needed to recover from disasters.

According to the report, the countries with the most recurring appeals regarding extreme weather crises include Afghanistan, Burkina Faso, Burundi, Chad, Democratic Republic of Congo, Haiti, Kenya, Niger, Somalia, South Sudan and Zimbabwe.

Meanwhile, rich countries such as the United States continue to emit more of the emissions that fuel these extreme weather events.

As the biggest historical emitter of carbon pollution "the US has an obligation to the global community to prioritize the fight against climate change and help foot the bill on the costs of destruction from extreme weather," Armstrong said.

According to the report, the UN humanitarian appeals only cover a small fraction -- roughly 7.5% or 474 million of the estimated 3.9 billion people -- of low- and middle-income nations that have been plagued by climate change-fueled disasters since the beginning of this century.

The report was published as ministers meet in Bonn, Germany, for climate talks to discuss the issue of "loss and damage," essentially the payment of funds from the wealthy world to countries dealing with more severe impacts of the climate crisis.
#Afghanistan