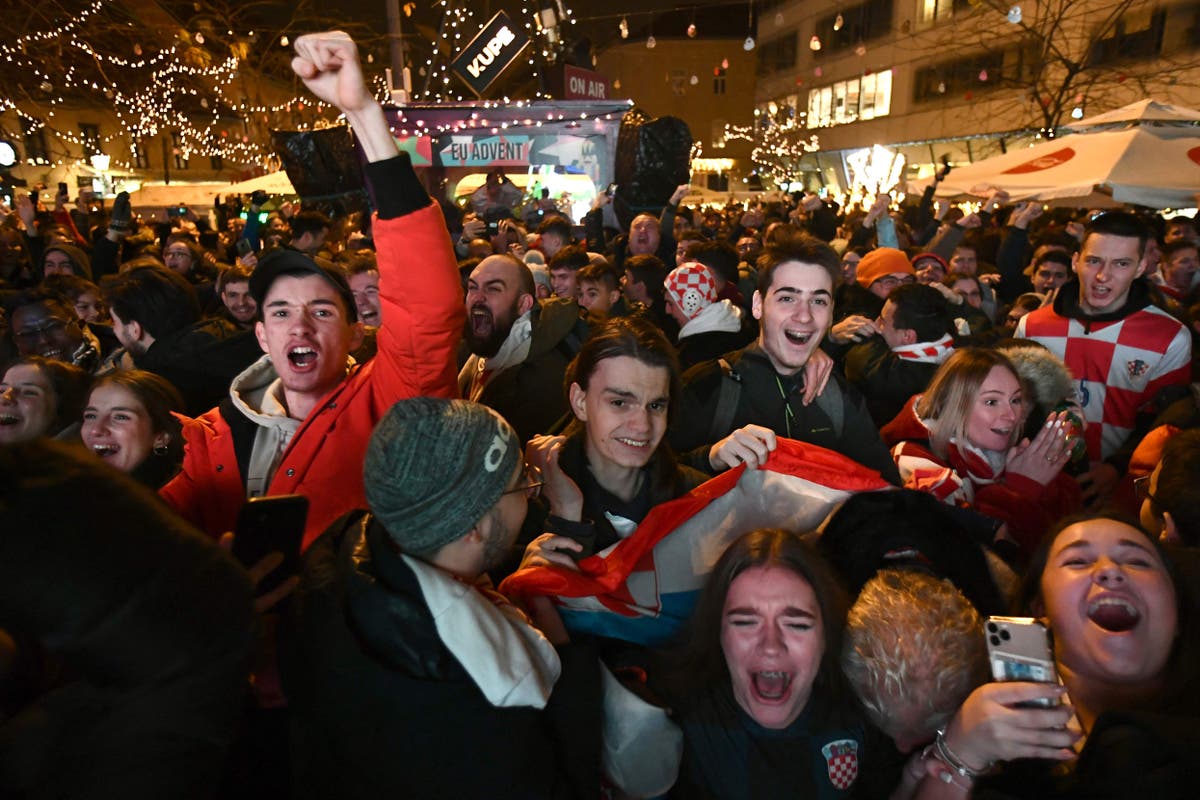 Celebrations erupted in Croatia after they beat World Cup favourites Brazil on penalties.

Celebrations erupted in Croatia after they beat World Cup favourites Brazil on penalties.

Fans went wild in capital Zagreb and across the country after Brazil defender Marquinhos missed a penalty to send Croatia into the semi-finals.

It is the third time that Croatia have reached the semi-finals since 1998. 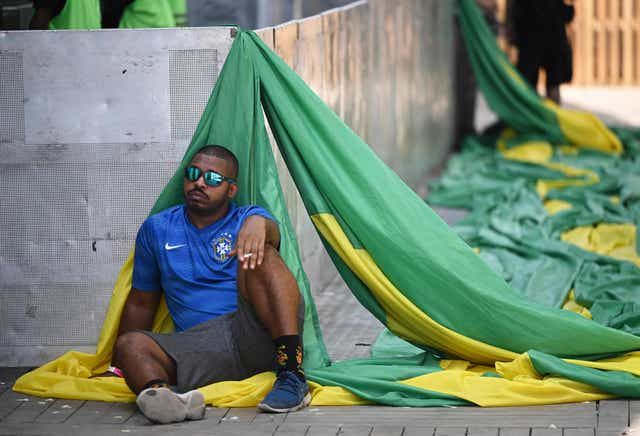 A fan of Brazil reacts after the game
Footage shows a huge crowd of fans pouring into a Christmas market in Zagreb, chanting and jumping up and down.

In another clip, fans are seen beeping horns and letting off red and white flares – the colour of the country’s flag.

The 2018 runners-up came through their second straight shootout after beating Japan on penalties in the last 16 and will now face either the Netherlands or Argentina, who were playing each other in the later game. 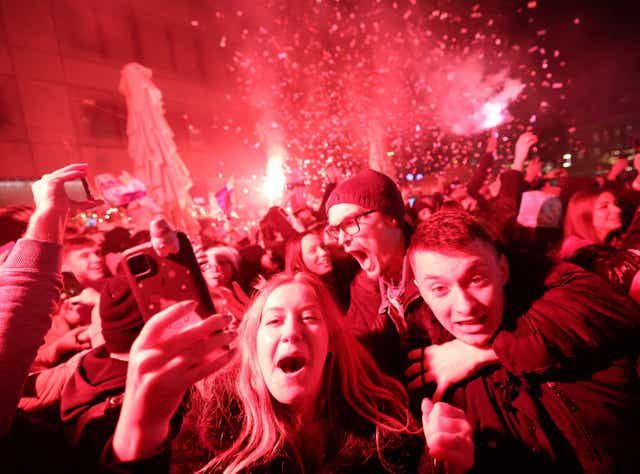 "This is just for the Croatian people," said coach Zlatko Dalic.

"A great match from the first minute to the last. We eliminated the biggest favourites. This is not the end for us, let's keep going."

"This is a victory for all of us, everyone gave their best. Thanks also to those on the bench, who also live for this national team." 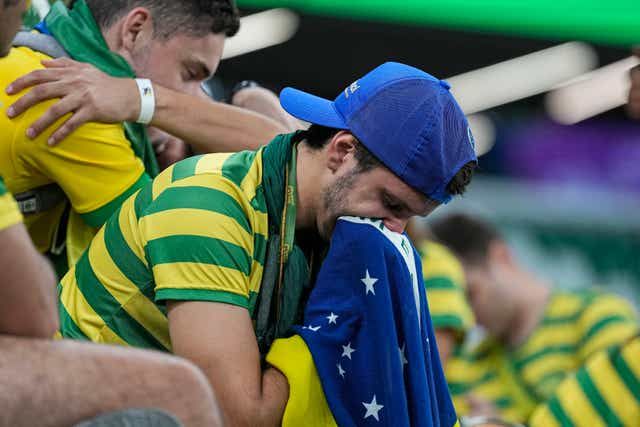 A Brazil fan reacts to the defeat in Qatar

“I am overjoyed that we, with a 3.5 million population, are entering the semi-finals for the second time in a row. I will tell everyone now to say 'We are not normal'.”

Brazil captain Thiago Silva said it was “hard to find words” after the defeat.

“When we lose something important that we had as a goal, it hurts a lot. Unfortunately as a player, I won't be able to raise this cup,” said the 38-year-old.