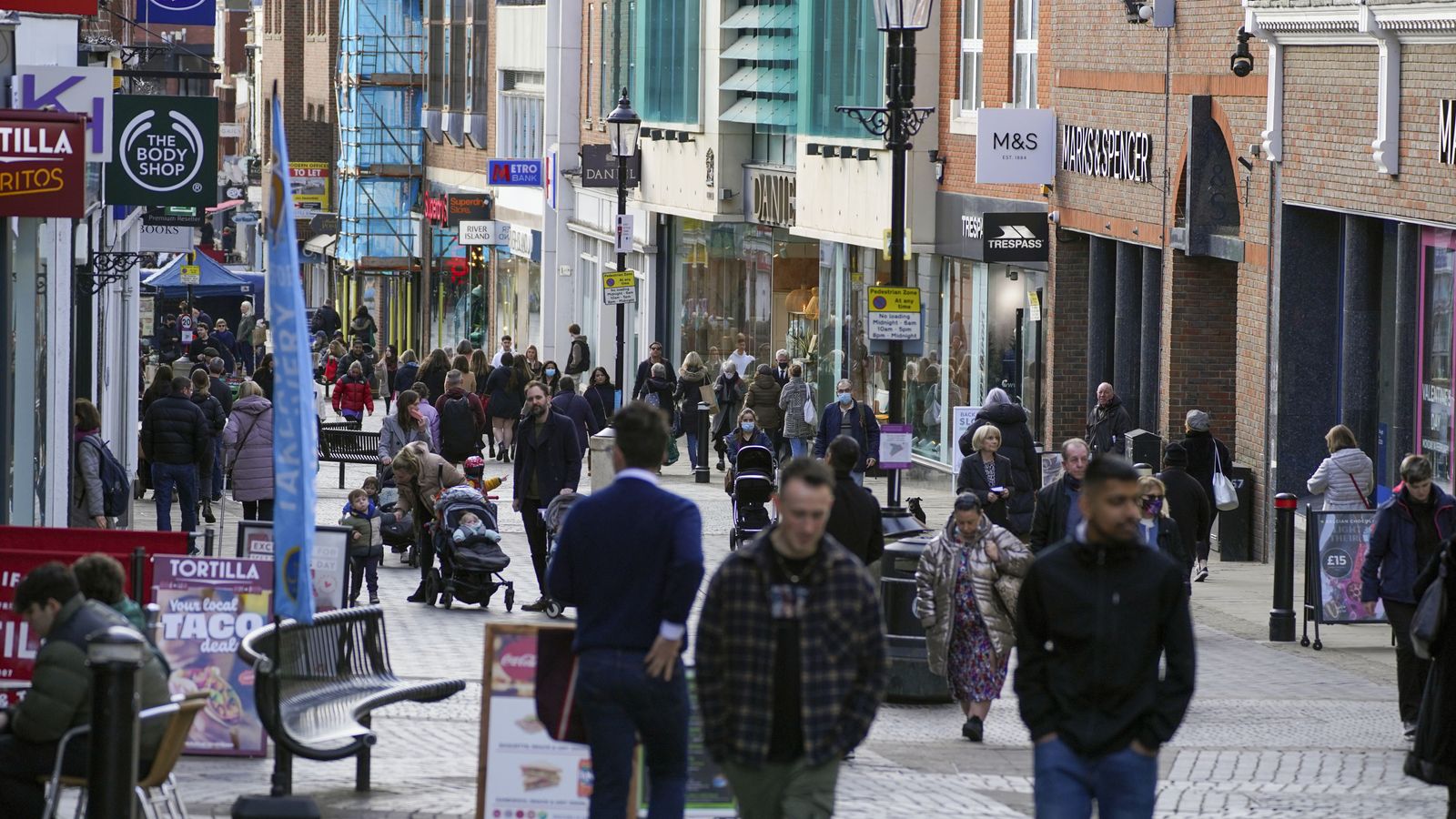 Economy returns to growth in October - but recession still expected

There is no sudden recovery in output to cheer as the impact of the Queen's funeral continues to play out in UK growth figures.
The economy returned to growth in October, according to early official figures which experts suggest could be the last to show expansion for some time.

The Office for National Statistics (ONS) reported growth of 0.5% - following a contraction of 0.6% in September which was largely put down to disruption to usual activity because of the bank holiday for the Queen's funeral.

October's partial recovery, which was slightly stronger than economists had forecast, was mostly explained by the number of working days returning to normal rather than any real surge in output.

The ONS charted the main boost coming from wholesale and retail activity - both significantly affected by closures as a mark of respect to the late Queen.

As such, economists still expect a recession to be confirmed at the end of the year.

That is because output is tipped to be negative during the current fourth quarter as a whole, following the 0.2% dip recorded for the third quarter to September.

The Bank of England and Office for Budget Responsibility - which have both already declared their belief that the UK is in recession - expect the downturn to last throughout 2023 but remain shallow.

Economic activity has slowed as a result of high inflation, mostly caused by Russia's war in Ukraine, curbing appetite for spending.

Fixed rate mortgages, also, are yet to ease back to levels seen before the September mini-budget which saw financial markets baulk at the spending plans of the-then Liz Truss-led government.

New chancellor Jeremy Hunt, who has since rowed back on the growth measures, said of the latest growth figures: "High inflation, exacerbated by Putin's illegal war, is slowing growth across the world, with the IMF predicting a third of the world economy will be in recession this year or next.

"While today's figures show some growth, I want to be honest that there is a tough road ahead.

"Like the rest of Europe, we are not immune from the aftershocks of Covid-19, Putin's war and high global gas prices.

"Our plan has restored economic stability and will help drive down inflation next year, but also lay the foundations for long-term growth through continued record investment in new infrastructure, science and innovation."

It is anticipating an easing in energy-driven inflation ahead but forecast to maintain the pressure given that the rate of inflation is at a 41-year high of 11.1%.

Figures for November, due on Wednesday, are expected to show an annual rate of 10.9% according to economists polled by the Reuters news agency.
#COVID-19  #Covid