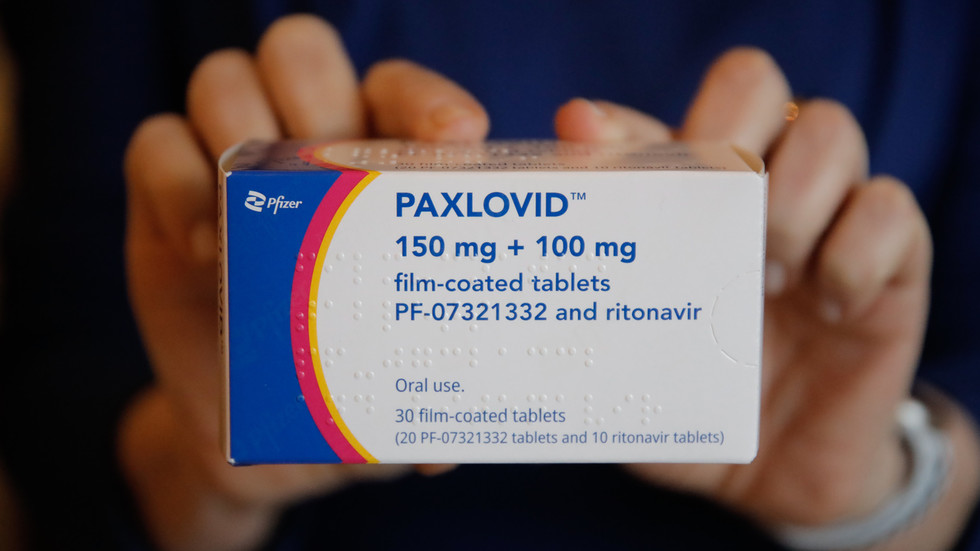 An Israeli study has indicated the medication is of little measurable benefit to patients in the 40-65 age bracket
A Covid-19 pill lauded by the World Health Organization (WHO) may be of little or no benefit to patients aged between 40 and 65, a new study by Israeli researchers has suggested. The medication, made by Pfizer and sold under the trade name Paxlovid, has proven effective in those aged over 65, however.

Published in the New England Journal of Medicine on Wednesday, the study involved 109,000 patients who had received Paxlovid. After analyzing different age brackets, the scientists concluded that the treatment did little to improve the conditions of patients aged 40 to 65. At the same time, the medication reduced the number of hospitalizations among seniors by approximately 75%, if given shortly after contracting Covid-19.

The analysis, however, is based on data obtained from the Israeli health system as opposed to observing patients in a randomized study with a control group – something which represents a departure from practices held as the standard for such research, AP pointed out.

No official comment from Pfizer has been forthcoming as of yet.

The US Food and Drug Administration authorized Paxlovid late last year for adults and children over 12 who suffer from chronic conditions like obesity, diabetes and heart disease. According to federal records cited by AP, over 3.9 million prescriptions for the medication have been issued since the drug was given the green light.

The Biden administration has been placing particular emphasis on Paxlovid in the hope of reducing the number of hospitalizations. US authorities are said to have shelled out some $10 billion to procure the drug, which is being made available to the public at thousands of pharmacies through the government’s test-and-treat initiative.

In an emailed statement on Wednesday, White House spokesperson Kevin Munoz cited several other studies which indicate that Paxlovid helps reduce hospitalizations among people 50 and older. That research, however, has yet to be published in peer-reviewed journals, AP noted.

The official was quoted as saying that the “growing body of evidence is showing that individuals between the ages of 50 and 64 can also benefit from Paxlovid.”
#COVID-19  #Pfizer  #Covid