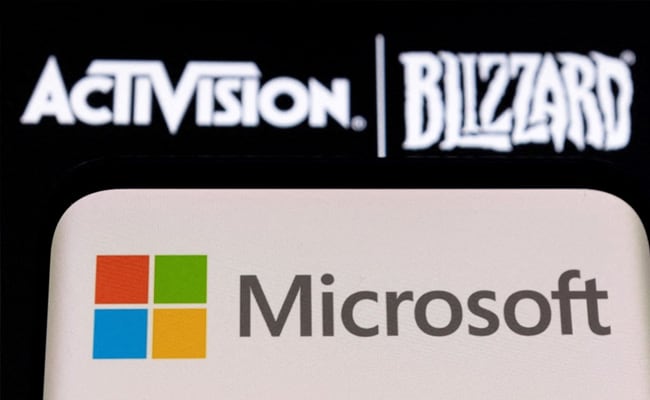 The probe is on the grounds that "the proposed acquisition may reduce competition in the markets for the distribution of console and personal computers video games.
The European Commission said Tuesday it has opened an in-depth antitrust investigation into Microsoft's deal to buy video games developer Activision Blizzard, which makes the blockbuster "Call of Duty" title.

The probe is on grounds "the proposed acquisition may reduce competition in the markets for the distribution of console and personal computers video games and for PC operating systems," it said in a statement.

In January, US tech giant Microsoft -- which makes the Xbox gaming console and its own games to be played on PCs and mobile devices -- announced its $69-billion plan to takeover Activision Blizzard with the aim of creating the world's third-biggest gaming company by revenue.

The European Commission said the in-depth probe will look into the effects of the takeover "to determine whether its initial competition concerns are confirmed".

It said it was principally worried that the transaction could result in Microsoft bringing Activision Blizzard's popular games into its ecosystem, limiting access to consumers outside it.

"By acquiring Activision Blizzard, Microsoft may foreclose access to Activision Blizzard's console and PC video games, especially to high-profile and highly successful games (so-called 'AAA' games) such as 'Call of Duty'," it said.

The commission suggested Microsoft had the ability and "a potential economic incentive" to pursue that strategy.

Such a path "could reduce competition in the markets for the distribution of console and PC video games, leading to higher prices, lower quality and less innovation for console game distributors, which may in turn be passed on to consumers".

In its January 18 statement announcing the deal to buy Activision Blizzard, Microsoft said it would "accelerate" its gaming business and provide "building blocks for the metaverse" -- a digital realm which users will navigate a virtual space using online avatars.

Activision Blizzard, also based in the United States, on Monday said its latest "Call of Duty" game had broken records, earning $1 billion in sales in just 10 days.

Overall third-quarter sales were down 14 percent, however, with its console and PC games seeing drops generally.

Microsoft has dismissed European concerns that it might make "Call of Duty" an exclusive offer on its Xbox, saying it would not make business sense to deny it to users of Sony's rival PlayStation console.