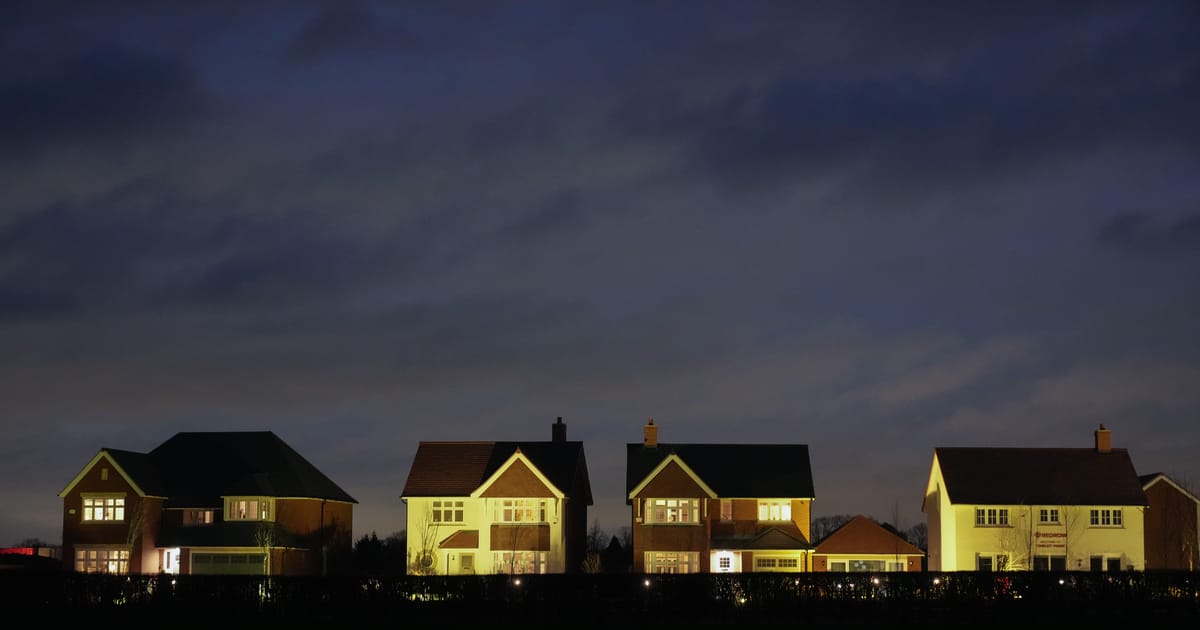 Europe’s energy prices slump. Just not on your bill.

Natural gas prices are below what they were when Russia launched its full-scale invasion of Ukraine — but it’s still too early to celebrate.

January temperatures are rising and the price of gas is falling — that's good news for Europe and bad news for Russian President Vladimir Putin.

However, those price drops are still a long way from showing up on energy bills for consumers and businesses.

Although Europe’s energy crisis is still very far from over, 2023 could hardly have started better for policymakers worried about how to keep the lights on this winter and beyond.

Exceptionally mild weather — including a record-breaking New Year’s Day in several countries ­— has further eased already falling gas demand, contributing to a drop in wholesale prices, which have now tumbled to levels not seen since before Russia’s full-scale invasion of Ukraine more than 10 months ago.

The unseasonable warmth combined with a prior, drastic cut to gas demand in Germany and other European economies saw month-ahead gas prices trading at €70.80 per megawatt-hour at the main European exchange, the Dutch TTF, on Tuesday.

Make no mistake, that’s still very expensive gas — about five times higher than in 2019, when European gas prices first started creeping up. And crucially in terms of European industry’s global competitiveness, the price still considerably higher than natural gas in the U.S.

Nevertheless, it’s around half the price seen as recently as October, and almost five times lower than last August’s record-setting peak.

Falls in the wholesale price of gas won’t immediately translate into lower utility bills for business and domestic consumers in Europe, currently struggling to cope with elevated costs despite support from a range of government subsidy schemes.

Craig Lowrey, principal consultant at the U.K.-based Cornwall Insight energy research firm, said the falls in wholesale prices would not immediately or automatically lead to a corresponding fall in people’s bills. Energy firms, which supply gas to domestic and business consumers, buy up gas on the wholesale market well in advance.

“There has to be a note of caution regarding what we see in the market, certainly given how fast prices previously went up in such a short space of time,” said Lowrey. “Yes, we have seen them come down and at this point in time there are potentially grounds for optimism. However, this is a very long and very rocky road for the energy market — and unfortunately for customers’ bills — for the coming months and years.”

But there is no question that wholesale markets are seeing a “significant relaxation” — partly due to this winter’s abnormally warm weather, according to Georg Zachmann, a senior fellow at the Bruegel think tank. 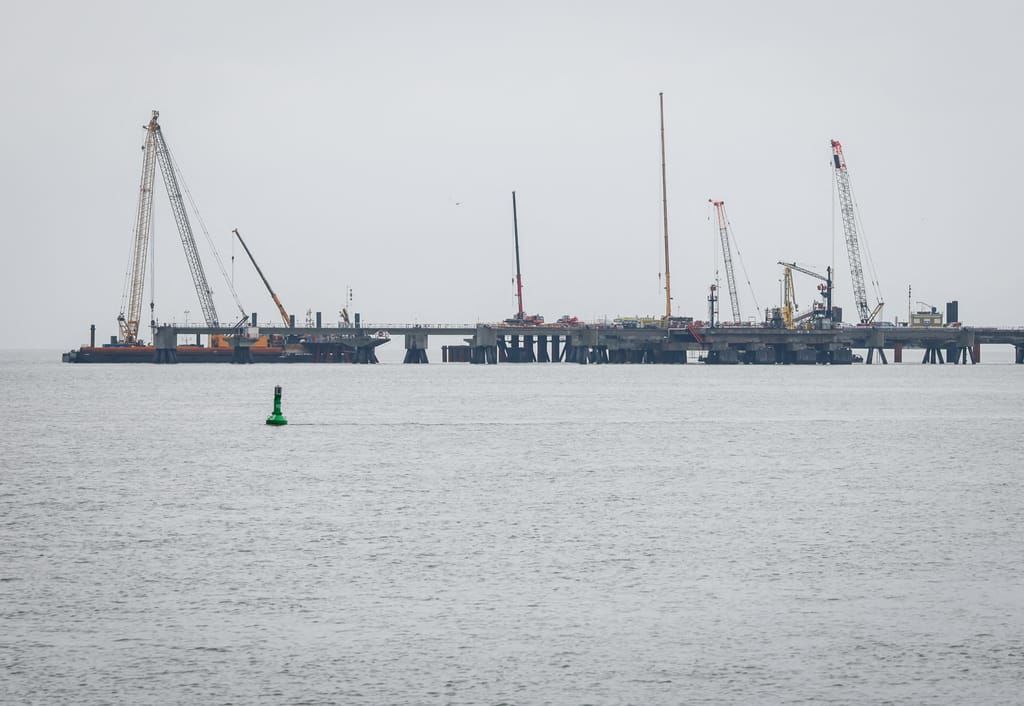 The construction site of the Uniper Liquefied Natural Gas terminal in Wilhelmshaven, Germany

New import capacity for seaborne liquefied natural gas (LNG) is also helping to ease prices. New terminals, including in the Netherlands and Germany, will have a combined annual capacity of almost 40 billion cubic meters (bcm) by the end of 2023 — a little under 10 percent of what the EU consumed in 2021.

Meanwhile, “significantly stronger” reduction of demand across the EU — which fell by 20 percent between August and November — also helped calm markets, Zachmann said.

Gas storage levels are higher than historical trends and are even rising slightly, with EU reserves 83.5 percent full on average, compared to 54 percent at this time last year — with stocks more than 90 percent full in Germany, Poland, Croatia, Denmark, Spain and Portugal, according to Gas Infrastructure Europe.

“The real concern for the market has not just been getting through this winter but about how we refill and brace ourselves for the winter commencing October 2023. The concern was that if we're over-reliant on storage this winter, refilling next year would be particularly difficult,” Marzec-Manser said.

It is now “plausible” that the EU could get to the end of winter with storage facilities half-full, he added, but this would require continued mild weather, sustained LNG imports and continued gas conservation efforts from consumers. That would be a “very good result,” easing pressure on European countries in the so-called gas injection season, when storage needs to be filled during spring and summer.

The EU imported 134.8 bcm of LNG last year, up from 81 bcm in 2021, tweeted Miguel Gil Tertre, chief economist for the EU's Directorate General for Energy. That's helped replace the dramatic reduction in Russia pipeline gas, which used to supply 40 percent of the EU's demands and has now dropped to less than 10 percent.

Falling prices and slumping sales are bad news for Russia's Gazprom gas export monopoly. CEO Alexey Miller said this week that Gazprom's production fell by about a fifth in 2022 compared to 2021, and exports dropped by 45.5 percent.

But it’s far too soon to celebrate. A spring and summer scramble for scarce global LNG reserves is still likely, which could drive up prices again.

Gas demand in China, which has been suppressed by its zero-COVID policy, could surge as the country opens up and gets its economy moving, potentially tightening the market. However, a major uptick in COVID-19 cases in recent weeks has cast doubt on China’s economic trajectory this year.

German Chancellor Olaf Scholz seems to have gotten the message, urging citizens on Saturday to double down on saving energy — a task he said would “remain important in the coming months.”

Despite falling wholesale prices, the energy emergency isn't over yet.

"Is this crisis averted? Are we out of the woods? No," Marzec-Manser said.