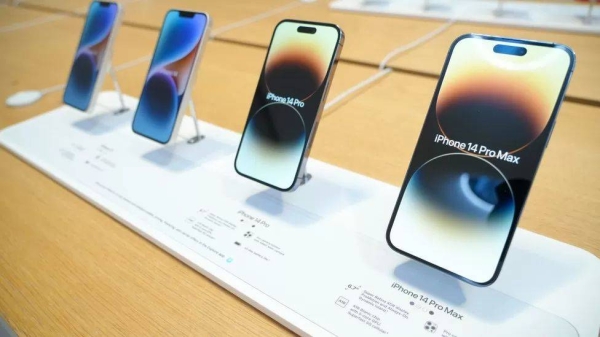 Apple supplier Foxconn is ramping up efforts to recruit workers after unrest at the world's biggest iPhone factory.
Employees who successfully refer a friend or family member to work at its plant in Zhengzhou, China will receive a 1,000 yuan award ($141; £117).

Apple has warned that shipments of its new iPhone 14 would be delayed due to Covid restrictions.

Foxconn employees who refer a new recruit will be paid 500 yuan if the person stays working for the company for 15 days. They will get another 500 yuan if the recruit remains in the role for a month, a post seen by the BBC on the popular messaging app WeChat said.

Last month, Foxconn apologised for a "technical error" in its payment system after protests at the factory in the city of Zhengzhou over Covid restrictions and claims of overdue pay.

At the end of October, video shared online showed people jumping a fence outside the Foxconn after a Covid outbreak forced staff to lockdown at the facility.

The company then recruited new workers with the promise of generous bonuses.

However, one worker told the BBC that these contracts were changed so they "could not get the subsidy promised," adding that they were quarantined without food.

Some analysts have warned that the protests and Covid lockdowns have had a major impact on production at what is known as "iPhone City" ahead of the holiday shopping season.

"What started out a month ago as 3% iPhone 14 Pro shortages grew to 5% last week and now are roughly 10%+ of overall units with the potential to increase over the coming month depending on any production improvements from Foxconn," Dan Ives from investment firm Wedbush Securities said.

Although Apple has not put a figure on the the impact of the issues at the the Zhengzhou plant it has warned of delays to deliveries of the iPhone 14 Pro and iPhone 14 Pro Max.

The country's zero-Covid policy and a slowdown of the global economy are taking a toll on China's economic growth.

Factory activity in the world's second largest economy shrank more than expected in November. The Purchasing Managers' Index (PMI) fell to 48, down from 49.2 in October, according to the latest official figures published on Wednesday.
#COVID-19  #Covid