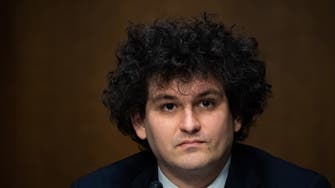 Sam Bankman-Fried, founder of now-bankrupt crypto exchange FTX, appeared at court in the Bahamas on Monday although his lawyer said the reason for the hearing was unclear, after a source told Reuters the former billionaire was expected to agree to be extradited to the US.

Bankman-Fried initially had said he would fight extradition after his arrest a week ago in the Bahamas, where he lives and FTX is based. He was denied bail and remanded to the Caribbean nation’s Fox Hill prison.

Reuters reported first on Saturday that Bankman-Fried would return to court to reverse his decision, citing a source. Bankman-Fried exited a black van reading ‘Corrections’ outside the courthouse in Nassau on Monday, dressed in a dark blue suit carrying a manila folder containing papers.

Bankman-Fried’s defense lawyer however told Magistrate Shaka Serville that he does not know why Bankman-Fried was brought to court this morning. The court broke for recess so Bankman-Fried’s lawyers could confer with him.

The 30-year-old crypto mogul rode a boom in the value of Bitcoin and other digital assets to become a billionaire several times over and an influential political donor in the United States, until FTX collapsed in early November after a wave of withdrawals. The exchange declared bankruptcy on Nov. 11.

Bankman-Fried has acknowledged risk management failures at FTX but said he does not believe he has criminal liability.

Upon being extradited to the US, Bankman-Fried would be required to appear before a judge in Manhattan within two days, though the hearing would likely take place quickly. He would be asked to enter a plea, and the judge would make a determination on bail.

Prosecutors are expected to argue that Bankman-Fried is a flight risk and should remain in custody because of the large sums of money involved in the case and the unclear location of those funds.

Bankman-Fried would likely be held at the Metropolitan Detention Center in Brooklyn, though due to overcrowding there some federal defendants are being held at jails just outside New York City, said Zachary Margulis-Ohnuma, a New York defense lawyer at ZMO Law PLLC who is not involved in the case.

It was not immediately clear what prompted Bankman-Fried to change his mind on extradition. In a 2021 report, the US State Department described “harsh” conditions at the Fox Hill correctional facility where Bankman-Fried was being held, with overcrowding, rodent infestation and prisoners using buckets as toilets. Bahamas authorities say conditions have since improved.

Bankman-Fried had been remanded to the prison on Tuesday after Chief Magistrate JoyAnn Ferguson-Pratt rejected his request to remain at home while awaiting a hearing on his extradition.

In the US it is highly unusual for judges to deny bail to defendants accused of non-violent financial crimes, though they typically demand steep dollar amounts and impose onerous monitoring conditions.

Damian Williams, the top federal prosecutor in Manhattan, last week described the collapse of FTX as one of the “biggest financial frauds in American history.” He has said the office’s investigation is ongoing, and called on people with knowledge of wrongdoing at FTX or Alameda to cooperate.

Any trial of Bankman-Fried is likely more than a year away, legal experts told Reuters.