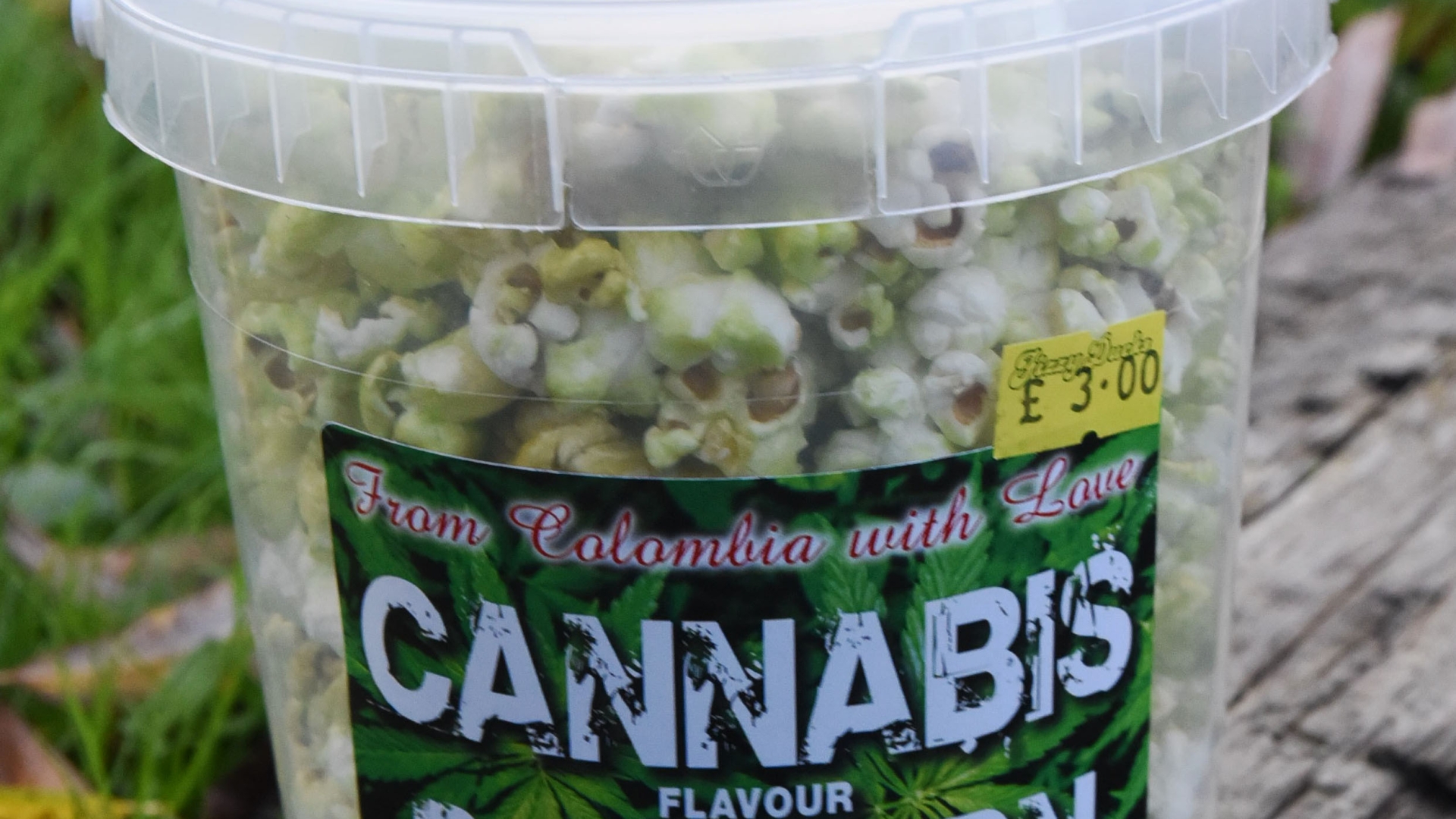 PARENTS have reacted with fury after spotting cannabis-flavoured popcorn being sold to kids at a popular seaside resort plagued by drugs.

Fizzy Ducks, advertised as “Blackpool’s biggest and best gift shop”, is flogging the sweet treat for £3 a tub.

The item - branded “from Colombia with love” - is not made from cannabis but ingredients include sugar, artificial flavouring and E-numbers to turn it green.

Dad Mark Rackham, who was shopping with his two young daughters aged nine and 10 at Blackpool’s North Pier, Lancs, said: “F*g scandalous in my opinion.

"Blatantly targeting kids and getting them interested in drugs - that is pretty low.”

Chris Nutter, 30, said: “It’s a daft idea. Anything that encourages kids to think drugs are harmless is a mistake and shouldn’t be sold.”

Linda Matthews, 52, said: “I don’t think it’s sensible to be selling it whether it’s just a gimmick or not.

“Blackpool already has a problem with drink and drugs, so I do not think youngsters need any encouragement.”

Louisa Kay, 39, said: “I don’t think for one minute there is any cannabis in it but it does put temptation into youngsters’ heads.

“If they think it’s harmless, they may try a joint and go on to harder drugs from there.”