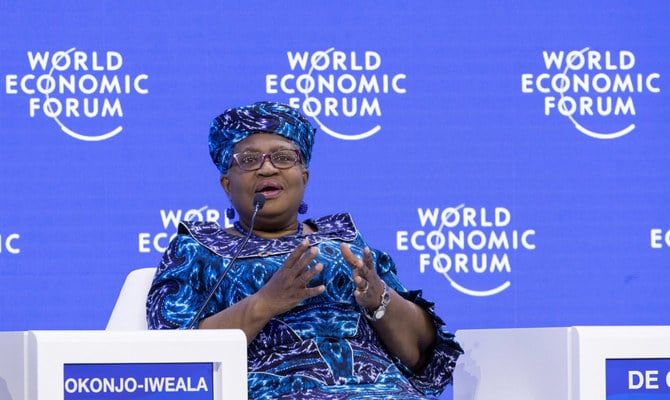 Director-General of the World Trade Organization, Ngozi Okonjo-Iweala, said that the “future of trade is services, it is digital, it is green, and it should be inclusive,” while addressing the World Economic Forum.
Okonjo-Iweala argued that the challenge surrounding trade was not only slowing global growth, but the different approaches adopted by many countries had led some leaders to question the future of globalization.

She urged world leaders to rethink a new agenda for global growth, and warned against deglobalization, saying it would negatively impact the world and its emerging economies.

With several countries seeking bilateral trade agreements, the WTO has been quick to warn of the dangers of global trade fragmenting into economic blocs.

The conflict in Ukraine, COVID-19, and the fragility of the supply chain has pushed many countries to relocate manufacturing closer to consumers’ demand, Okonjo-Iweala said.

This protectionist trend had been further accelerated when many countries questioned their reliance on specific areas for key goods and services, such as European dependence on Russian energy.

This trajectory, according to Okonjo-Iweala, which prioritizes national security concerns over trade inclusion, risks favoring certain players over others, creating an unequal distribution of income and economic growth.

She said: “When we talk of friend-sharing, I don’t know who is a friend. I don’t ever hear countries in Africa mentioned.”

He emphasized how industrial policy has become a major focus for many nations rethinking their approach to trade, and how certain industries have been overhauled due to new pressures to increase resilience and national security.

“Five years ago [industrial policy] was not a very sexy topic. Today it is top of the agenda,” he said.
#COVID-19  #Covid