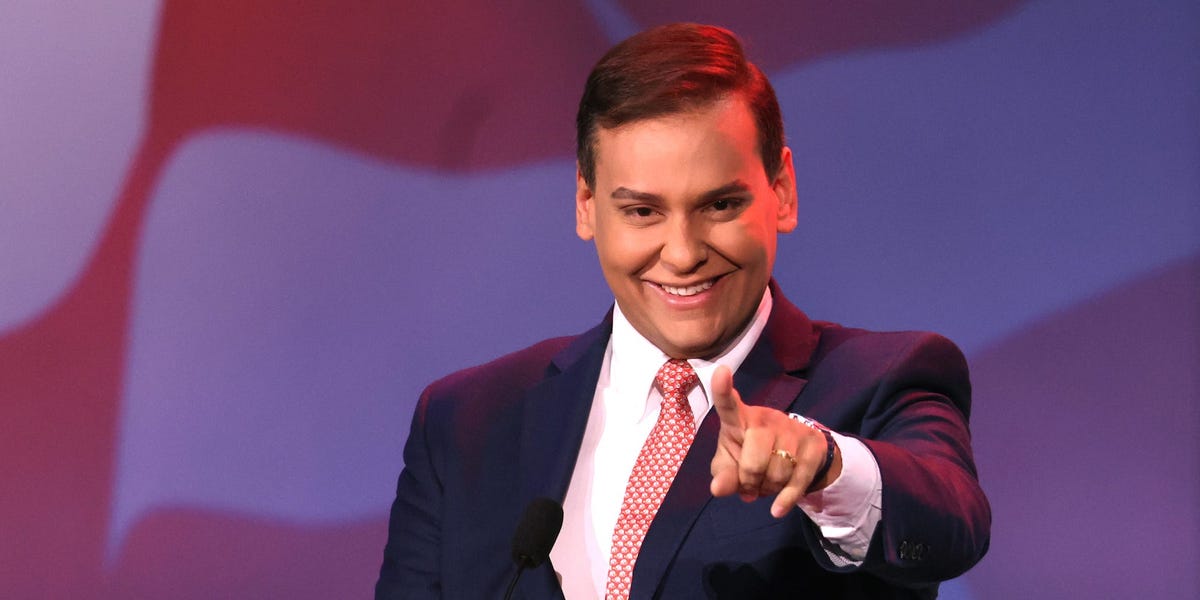 George Santos was elected this past November in a swing Long Island district, having campaigned as a veteran of Wall Street who ran a charity for animals. After he was elected he said he lost employees in the 2016 Pulse Nightclub shooting. On Monday, The New York Times published an investigation that poked holes in all those claims, among others.

Santos had also campaigned on his identity as an openly gay man of Brazilian heritage whose maternal grandparents were Jewish and who fled persecution in Europe during World War II. He also said that his mother was Jewish.

But while Santos can in fact trace his family tree back to Brazil, The Forward, a Jewish publication, found no evidence to support the claim any of his ancestors were Jewish. It reviewed genealogy websites that suggested his grandparents had indeed settled in Brazil years before World War II began. His mother, now deceased, also made no reference to her ostensible Jewish heritage on her Facebook page — instead, she "regularly shared posts with Catholic themes and images of Jesus," the publication said.

In a statement issued Wednesday afternoon, Matt Brooks, executive director of the Republican Jewish Coalition, called on Santos to address the latest controversy.

"These allegations, if true, are deeply troubling," Brooks said in the statement, as reported by Matthew Kassell of Jewish Insider. "Given their seriousness, the Congressman-elect owes the public an explanation, and we look forward to hearing it."

Santos has to date dismissed questions about this background, issuing a statement Tuesday night, attributed to his attorney, that characterized them as smears — without rebutting any of the specific allegations.
#Facebook