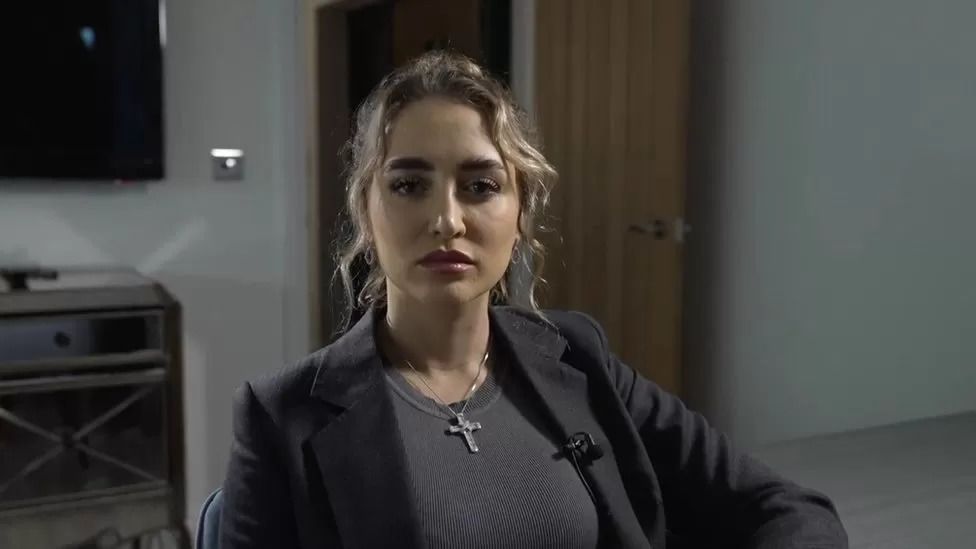 Georgia Harrison is seen by most reality TV fans as the fun and adventurous type, best known for appearing on shows like Love Island and The Only Way is Essex.

But for the past two years, the 28-year-old has been absent from our screens.

In December 2020, she started criminal proceedings against her ex-partner, Stephen Bear, who she also met on a reality show.

It was after he used CCTV cameras in his garden to capture them having sex and then sent it to a friend and sold the video online - none of which she consented to.

Last week, Bear was found guilty of one count of voyeurism and two counts of disclosing private sexual photographs or films with the intent to cause distress.

"It's just been such a whirlwind - I've had so much love and support ever since the verdict," Harrison tells the BBC.

She says she has been passed over for several TV projects and other opportunities since Bear shared the video of them on subscription site OnlyFans two years ago.

"My agent had conversations with brands, but when they looked at who they wanted to book for a specific job, because of what happened, I was just a red flag," she says.

"It's been really hard and there's been a couple of times that I did just have a massive breakdown, television was always my passion and [producers] just couldn't consider me."
Harrison had a

"Something like this makes you feel completely worthless - people are looking at you and having sexual gratification over you and it's completely out of your control," she says.

"It affects you for a really long time, I've always compared it to grief - sometimes you think you're ok and then suddenly you are just in sheds of tears and you just can't help it."

She hopes that the Online Safety Bill, which was put forward by the government in November, is made into law to give further protection to those who have their images or videos shared without consent.

"There's no need to say or prove that you intended to cause embarrassment or distress," Harrison says. 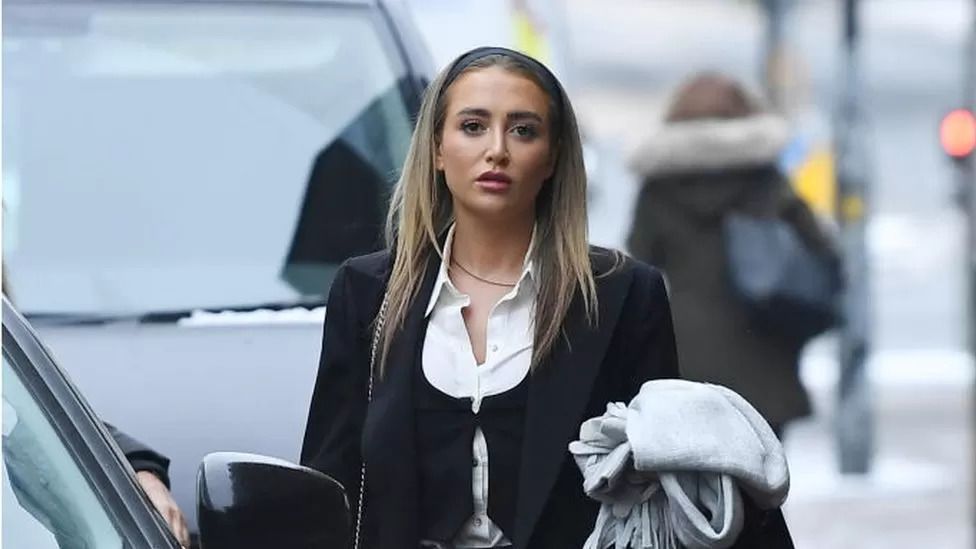 "Whether you send [a private image] to 10 people or one person, you need to know the effects that that could cause on someone's life - it's going to upset someone, embarrass them and change their life unspeakably," she adds.

Bear is due to be sentenced at the end of January and could face prison time.

"I'd like to potentially speak in schools about my experience, just so that young people can understand the effect these sorts of things can cause to people's lives," Harrison says.

"I really want to get across the point that if someone wants to get power over you and they want you to send a picture, then they don't really have respect for you."

She adds: "I say to my younger sisters, if someone really cares about you, you won't have to send them something to make them like you."