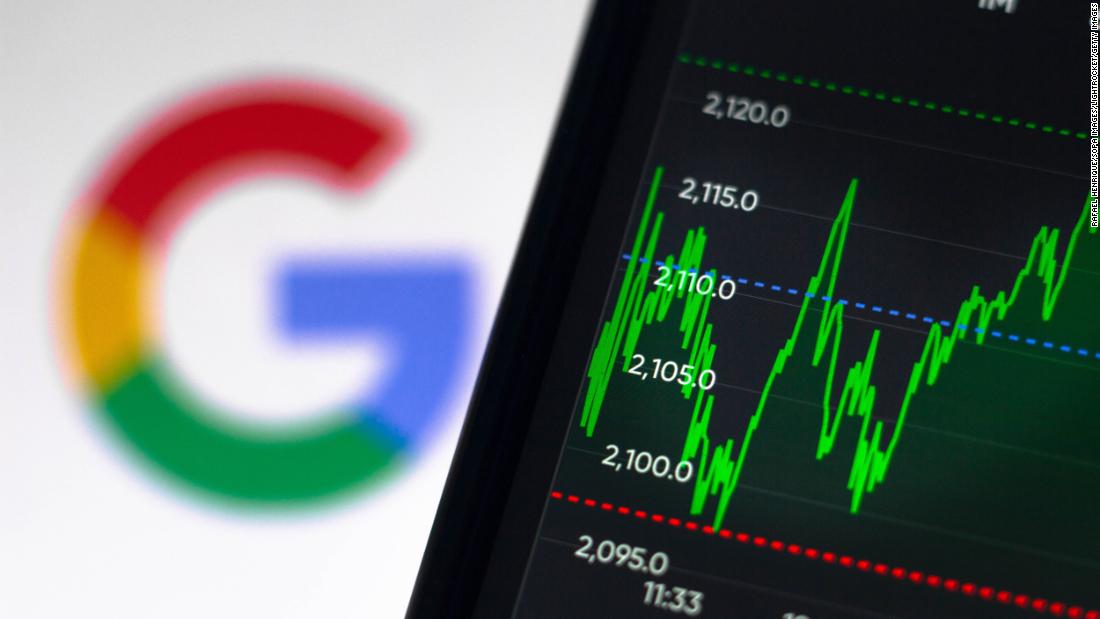 Google just made its stock much more affordable

Not everyone has thousands of dollars on hand to purchase a single share of Google. Soon, investors won't have to.

What's happening: Google parent Alphabet (GOOGL), the third largest public company in the United States, announced after markets closed on Tuesday that it will execute a 20-for-1 stock split in mid-July, making each individual share less expensive and therefore more accessible.

That would reduce the price of Class A shares from $2,753 at Tuesday's close to about $138 per share.

The news has helped send Alphabet's stock up nearly 11% in premarket trading on Wednesday. 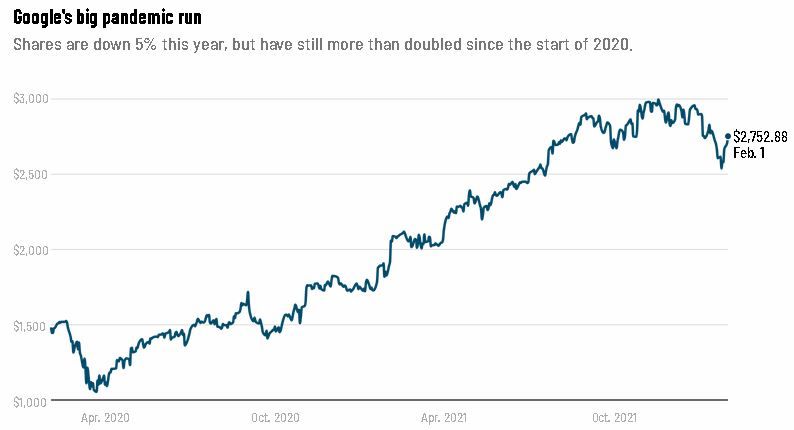 In addition to making Alphabet shares more appealing to everyday investors, the move could "set the stage for inclusion into the [Dow Jones Industrial Average]," analysts at UBS noted. The closely-watched index, which consists of 30 US stocks, is weighted by price, so including Google at its current value would lead to big distortions.

Apple was added to the Dow in 2015 after it completed a stock split. (The iPhone maker split its stock again in 2020.)

Sophie Lund-Yates, an equity analyst at Hargreaves Lansdown, told me that Alphabet's stock split is "a mark of confidence."

"It shows management is very happy with where they are," she said.

Breaking it down: Well into the pandemic, which has boosted demand for digital advertising as people spend more time online, Google's ad business is still growing at a rapid clip. Ad sales grew nearly 33% year-over-year to $61.2 billion during the three months ending in December.

"The accelerated demand [for online advertising] we saw during the pandemic is, in my view, permanent," Lund-Yates said. "Or at least a large degree of it is."

The results are getting investors excited about a broader set of tech companies that rely on ads. Facebook's Meta, which reports its latest results on Wednesday, is up 4% in premarket trading. Snap and Pinterest, which follow on Thursday, are 4% and 2% higher, respectively.

Lund-Yates thinks tech stocks could remain unstable, though, until there's more clarity on the Federal Reserve's plan to start hiking interest rates. Expectations that borrowing costs will begin to rise soon have roiled the sector.

"I think continued swings are going to be likely," she said. "The Nasdaq in particular doesn't really know where it's going to land at the moment."

OPEC and allies meet with oil prices near 7-year high

Energy prices remain very elevated, and OPEC and its allies face growing pressure to intervene. But is there much the group can do?

The latest: The Organization of the Petroleum Exporting Countries and other top producers like Russia — together known as OPEC+ — will hold a virtual meeting on Wednesday with global crude trading near a seven-year high.

Goldman Sachs has alerted clients that OPEC+ could announce plans to step up production by more than expected instead of sticking to its typical monthly increase of 400,000 barrels per day.

"We view growing potential for a faster ramp-up at this meeting, given the pace of the recent rally and the likely pressure from importing nations," the investment bank's strategists wrote.

Brent crude futures, the world benchmark, recently jumped above $90 per barrel due to solid demand and concerns that Russia-Ukraine tensions could disrupt energy flows in Europe. This time last year, they were trading near $55 per barrel.

However, there are reasons to think OPEC+ won't agree to requests from countries including the United States to deviate from its plan. The group is already failing to reach its monthly target of 400,000 barrels per day due to production shortfalls in several countries.

Output from OPEC+ countries increased by only 250,000 barrels per day in December, or 63% of the group's stated goal, according to the International Energy Agency. It attributed the shortfall to reduced supply from Nigeria and Russia, which pumped below its monthly quota.

Saudi Arabia could step up and "quickly and easily drum up spare capacity if it decides it is beneficial," according to Louise Dickson, an oil market analyst at Rystad Energy. Yet it's not clear the kingdom, which benefits from higher oil prices, will choose to go that route.

Robinhood is still losing money, and the trading app reported a drop in the number of users in its most recent quarter. Is it time for the struggling online broker to consider a sale?

That's the question my CNN Business colleague Paul R. La Monica is raising. Robinhood's stock is trading at $14.65 per share, more than 60% below the initial public offering price when the company made its Wall Street debut last year.

Paul's thought bubble: Given this trend and Robinhood's recent results, could it catch the attention of a company like PayPal (PYPL), which also has a large base of younger customers and is looking to step up its game in investing?

"I can see them getting bought out or taken private," said Hugh Tallents, a partner with consulting firm cg42. "But they wouldn't be interesting to big banks, Schwab or Morgan Stanley. A wild card could be PayPal."

PayPal's user base, especially the younger adopters of its Venmo service, could mesh with Robinhood die-hards. And last summer, PayPal hired a former executive at Ally Invest to lead a new Invest at PayPal unit.

"Robinhood has over 20 million accounts and the customers are young and active traders," noted John Wu, president of Ava Labs, a cryptocurrency trading platform. "It's an attractive demographic."

Wall Street seems certain that PayPal is willing to spend to grow. There were rumors last year that it made a $45 billion takeover offer for Pinterest. With its current market value of about $12 billion, Robinhood would be a much smaller deal.