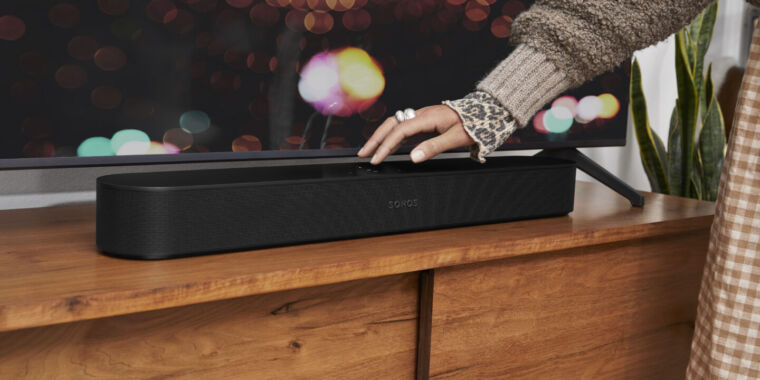 After losing a volume control lawsuit, Google hopes it can get leverage over Sonos.
Google and Sonos are headed back to court. After Google lost an earlier patent case over speaker volume controls, Google is now suing Sonos over voice control technology. Google confirmed the lawsuit to The Verge this morning, with the company saying it wants to "defend our technology and challenge Sonos’s clear, continued infringement of our patents." Google alleges infringement of seven patents related to voice input, including hot-word detection and a system that determines which speaker in a group should respond to voice commands.

Sonos has typically supported the Google Assistant and Amazon Alexa for voice control, but Google and Amazon are also Sonos's biggest speaker competitors. So Sonos launched its own voice assistant feature in May, opening it up to this new pile of Google patents. (For now, Sonos supports all three options.)

Google rarely uses patents offensively, but this is part of a multi-lawsuit battle that has sent the company's smart speaker line reeling after Google lost a previous ruling in January. Rather than pay royalties to Sonos, Google decided to reach into customers' homes and start breaking devices they had already bought. Google stripped Nest Audio and Google Home speakers of the ability to control volume for a speaker group, turning what was an effortless and common-sense task into an ordeal requiring a screen full of individual sliders. It's hard to overstate how annoying this is for consumers, as volume control is a primary function of any speaker.

Sonos originated the connected speaker concept, but it has been facing competition from Big Tech giants in recent years. Sonos says it gave Google an inside look at its operations in 2013 while Sonos was asking for Google Play Music support and that Google used that access to "blatantly and knowingly copy" Sonos's technology. Google's first smart speaker launched three years later.