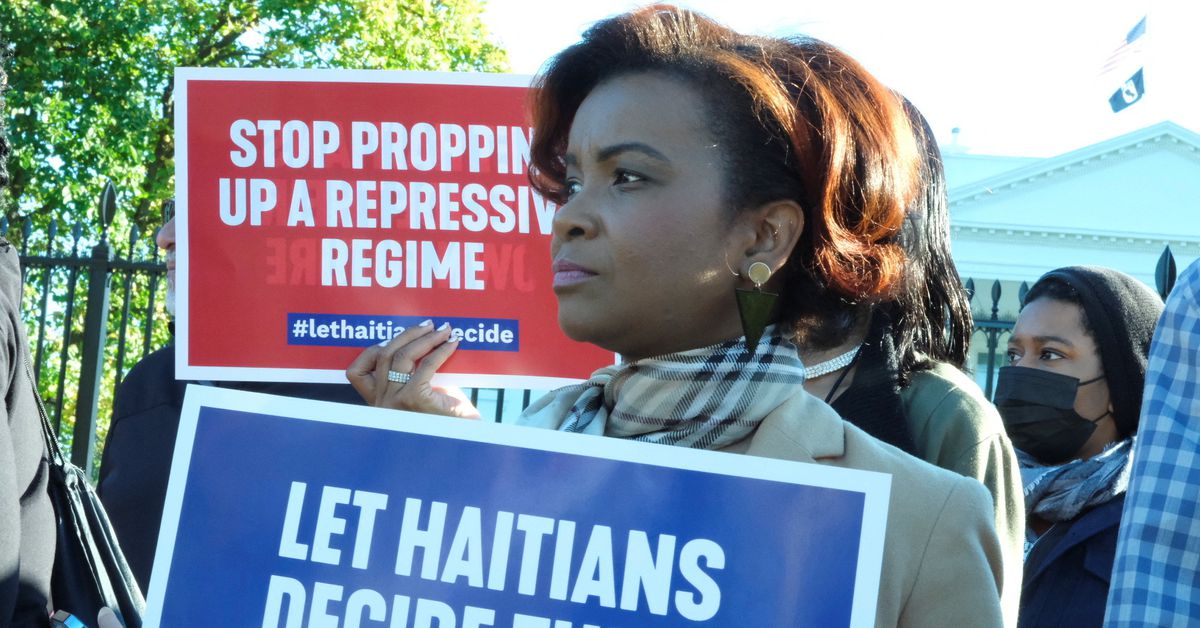 Activists on Sunday rallied at the White House to call on the Biden administration to end support for the government of Haitian Prime Minister Ariel Henry, as the Caribbean nation faces a humanitarian crisis due to gangs blocking the distribution of fuel.
Haiti's dire situation has gotten increased attention from around the world in recent weeks as severe fuel shortages have forced many businesses and hospitals to shut their doors, just as health authorities confirmed a surprise cholera outbreak.

A broadcast of the rally showed several hundred people gathered outside the White House, holding signs bearing Haiti's flag or with messages including "Let Haitians decide their own future."

"Many Haitians are convinced that the United States is actively sustaining Henry in power," said a statement prepared for the rally by U.S. Representative Maxine Waters, who was not present. "The repression in Haiti must stop."

Henry, who has run the country since shortly after the assassination of President Jovenel Moise last year, last week asked for military assistance to confront gangs.

He has said he is seeking to hold new elections as soon as possible. Many in Haiti say that rampant violence by armed gangs, which control vast portions of the country's territory, make a vote impossible under the current conditions.

The Biden administration has not signaled that it plans to change its stance with respect to Henry.

"There has been a lot of misunderstanding and distorted information about the current Government, in testimony before Congress and in lawmakers' letters circulating on the internet," said an advisor to Henry when consulted about the rally.

"We invite Haitian citizens, wherever they are, to unite our energies to make Haiti a great country instead of repeating defamation found on the internet."

U.N. Secretary-General Antonio Guterres has proposed that one or several countries send "a rapid action force" to help Haiti's police, without suggesting that the force be deployed by the United Nations.