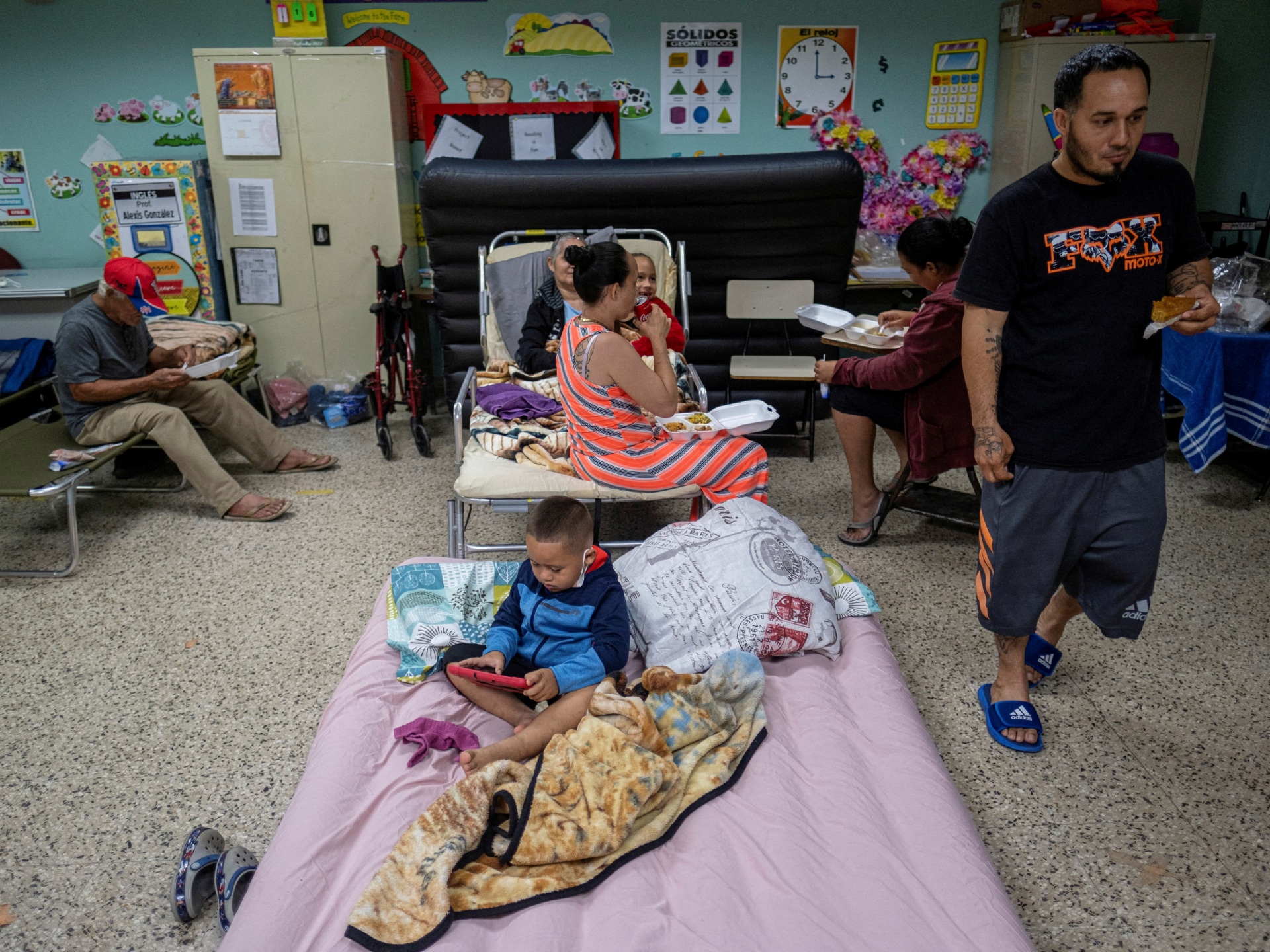 The hurricane packing winds of 140 km/hr (85mph) makes landfall in US territory after causing an island-wide power outage.

Hurricane Fiona made landfall in Puerto Rico as a Category One storm on Sunday, knocking out power and threatening to cause “catastrophic flooding” in the US island territory.

The hurricane struck the southwestern coast of the US island territory “near Punta Tocon at 3:20 pm” (1920 GMT), the US National Hurricane Center (NHC) said on Twitter, as the storm packed maximum sustained winds of 85 miles (140 kilometers) per hour. A Category One hurricane is the lowest level on the Saffir-Simpson scale.

Forecasters said the downpour was expected to produce landslides and heavy flooding, with up to 25 inches (64 centimeters) possible in isolated areas.

“Catastrophic flooding expected”, the NHC said earlier, adding that the hurricane could produce a “storm surge flooding of one to three feet [0.3-0.9m] above normally dry ground along the eastern and southern coast of Puerto Rico and the islands of Vieques and Culebra”.

The storm has already caused a fatality, with a man left dead when his house was swept away by flooding in the French overseas department of Guadeloupe, when Fiona was still classified as a tropical storm.

Biden declared a state of emergency for Puerto Rico on Sunday as Fiona approached the island, authorising the Federal Emergency Management Agency to provide assistance.

Puerto Rico’s Governor Pedro Pierluisi told a news conference the previous day that “we are asking residents not to leave their homes and to go to shelters if they are in areas prone to landslides and flooding.”

The island, which has suffered from major infrastructure problems for years, was hit by hurricanes Irma and Maria in 2017, devastating its electrical grid. The grid was privatised in June 2021 in an effort to resolve the problem of blackouts, but the issue has persisted, and the entire island lost power earlier this year.

Power outages were hitting Puerto Rico even before the full force of Hurricane Fiona struck, with more than 388,000 people without electricity, according to tracking website PowerOutage.us.

The former Spanish colony became a US territory in the late 19th century before gaining the status of an associated free state in 1950.

After years of financial woes and recession, in 2017 the island declared the largest bankruptcy ever by a local US administration. Later that year, hurricanes Irma and Maria added to the island’s woes, and sparked a feud between San Juan and Washington.

Footage of Trump tossing paper towels to survivors during a visit to the island drew criticism, and he later claimed the storm’s death toll had been inflated by Democrats to “make me look as bad as possible”.