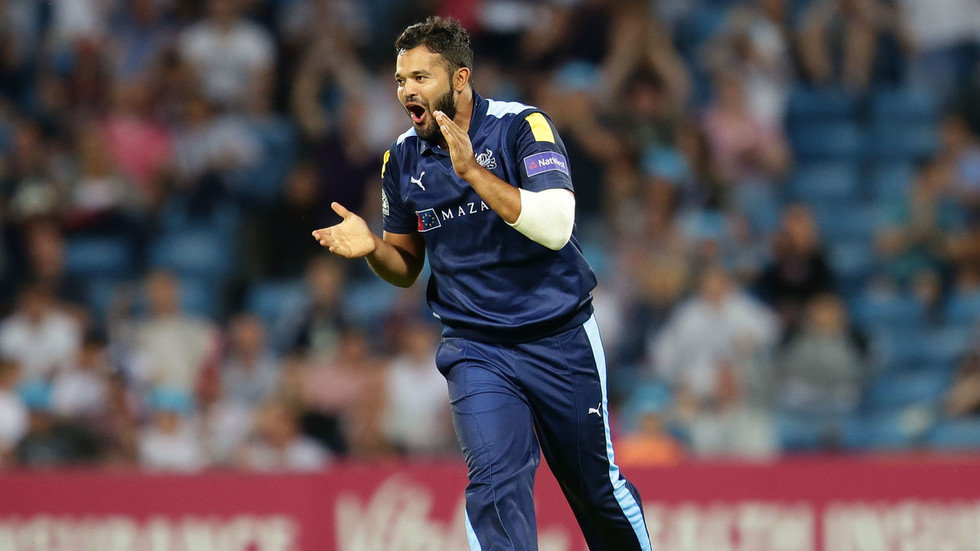 A scandal at Yorkshire County Cricket Club, where use of the word ‘Paki’ was considered ‘banter’, has been very revealing on Britain’s casual racism and lingering colonial attitudes. It has to signal a turning point.

In the late 1990s, while researching my book, ‘Looking for a Fight’, I wound up moving from London to the northern city of Sheffield, South Yorkshire. A former bedrock of industrial Britain, the ‘Steel City’ had seen better times following years of declining productivity, urban decay and loss of civic pride. Once world famous for the ‘Sheffield Steel’ hallmark, it had become a dirty, grimy and thoroughly unattractive metropolis.

Nevertheless, this being the heart of what locals call ‘God’s country’ there is still a certain arrogance that comes with being a Yorkshireman, which is symbolic of wider Anglotariat delusions of grandeur, cultural supremacy and, you guessed it, racism.

Here’s an example. One afternoon, in the boxing gym where I trained five days a week in my quest to become a professional fighter, one of the boxers shouted out to a smattering of patrons sparring and working the bags, “Does anyone want ’owt from Paki shop?”

“Do you want ’owt from Paki shop?”

“Dave, what you talking about? It’s a shop and it’s owned by Pakis. So, it’s a Paki shop.”

Despite having a sizeable Asian clientele – Sheffield has an ethnic minority population of 19 percent – this sort of locker room ‘logic’ and bigoted mentality pervades many parts of Britain. But while Brits love to cover their eyes and pretend that racism is a niche, plebian problem, Yorkshire County Cricket Club’s (YCCC) embroilment in a racial #MeToo-style sporting scandal proves otherwise. In September, Yorkshire released the findings of a report which concluded that Rafiq was the “victim of racial harassment and bullying” with seven of the 43 allegations he'd made upheld by an independent panel. With Rafiq having contemplated suicide over the affair, the club, professional cricket and English middle-class pretentions have been rocked to their very foundations.

Yet despite finding that Zimbabwean-born team-mate Gary Ballance had called Rafiq a “Paki” the panel dismissed this as “friendly and good natured banter”. Yorkshire also awarded the former England opener a new three-year contract for his troubles. Nice work if you can get it.” Ballance has subsequently expressed his regret over using the term “Paki”.

Born in Pakistan, Rafiq played for Yorkshire between 2008 and 2018 and first revealed institutional racism at the club back in September 2020. Since then, a second Asian ex-Yorkshire cricketer has gone on to claim that a teammate “urinated on his head” and, according to The Sun “accused senior squad members of saying they used a Muslim player’s prayer mat to clean up after having sex with a woman on her period”.

These disgusting revelations have seen Yorkshire face “financial oblivion” as sponsors turn their back on what has become a toxic brand, and the England and Wales Cricket Board suspend the club from hosting England matches on its hallowed Headingly turf until “it has clearly demonstrated it can meet the standards expected of an international venue”.

The scandal has also seen chairman, Roger Hutton fall on his sword and be replaced, somewhat conveniently, by Kenyan-born Kamlesh Kumar Patel, Lord Patel of Bradford. To cap it all, for now at least, club and country ‘legend’ Michael Vaughan, who has worked as an analyst for 12 years on the BBC’s ‘Test Match Special’ has been dropped from ‘The Tuffers and Vaughan Cricket Show’ on the corporation’s 5Live radio channel following allegations of racism. Vaughan, who represented Yorkshire from 1991 until retirement in 2009, and played for England from 1999 to 2008, is accused of telling a group of Asian players, including Rafiq, “Too many of you lot, we need to do something about it.”

While football might be Britain’s national sport, it is cricket that embodies the Englishman’s fantasy of cultural superiority, fair play, order and all that class-riddled colonial tosh. The English middle-classes are so fond of looking down at the plebs and their gauche pastimes such as football or the violent world of boxing – as exemplified by gaudy world heavyweight champ, Tyson ‘The Gypsy King’ Fury – that bourgeois activities such as cricket, rugby, tennis, golf, and varsity sports get a pass.

Replete as they are with country club memberships, stripy neckties and fussy rules and regulations, the exclusivity of English white-collar sports not only keeps the riff-raff out, it helps to maintain a neo-colonial smoke and mirrors act of entitlement that belies corrosive institutional discrimination. This is one of the reasons why football is an easy target for relentless accusations of racism while the bourgeois sports get off scot-free.

Largely plebian and populated by untold millions of participants and spectators domestically, and countless billions worldwide, is it any wonder that racism rears its ugly head now and again in the ‘beautiful game’? Yet while football has to weather the storm of taking the knee, monkey chants and racist tweets, players, fans and managers, cricket quietly goes about its business keeping the doors firmly shut on those it doesn’t want, echoing the kind of colour bars, Jim Crow professional segregation and racist and classist practices on which modern Britain was built and in many cases, is still run.

Still, Yorkshire’s fall from grace is long overdue. Up until 1992, YCCC had a “born in Yorkshire rule” that meant that only white players from the county or those given the nod could play for the club, a form of sporting apartheid that excluded promising local Asian players. My father even used to tell me that Yorkshire legend Freddie Trueman, albeit while playing for England, would hurl racist abuse at the fans at his native ground, Bourda, in Georgetown, Guyana, when England played the West Indies there.

But potted histories aside, the fact that the YCCC, English cricket and an analogous political establishment are now mired in sleaze has exposed the degree to which anti-Asian sentiment underpins British society. While the UK has one of the most ethnically diverse government cabinets of any Western nation, one cannot help but think that complacency has set in thanks to Asian ‘integration’ at the highest levels. Rishi Sunak, Priti Patel, Sajid Javid, Suella Braverman and Sadiq Khan, for instance, are respectively the Chancellor, Home Secretary, Health Secretary, Attorney-General and Mayor for London, yet, like most Asians, all have suffered chronic racial abuse despite their ‘status’. And one of the key modes of casualising racism, as the YCCC has done, is to write-off everyday bigotry as harmless “banter”.

Even as the wickets came tumbling down around him, outgoing YCCC chairman Roger Hutton claimed there was no one at the club he would “personally consider racist”. Playing dumb is another common trope. When Strictly Come Dancing’s Anton du Beke said that dance partner Laila Rouass “looked like a Paki” for wearing fake tan, the show’s then host Bruce Forsyth dismissed the comment thus: “We used to have a sense of humour about this. You go back 25, 30, 40 years and there has always been a bit of humour about the whole thing. At one time the Americans used to call us ‘limeys’ which doesn't sound very nice, but we used to laugh about it. Everybody has a nickname.”

Applying false equivalence is yet another half-baked racist strategy. When the late Forsyth came out with this drivel, he was 81 years old and thus easily dismissible as a dinosaur. But if I were to use my modest reach to call a woman “a c***”, a gay man “a fag” or a Jew “a kike” I’d be cancelled out of all memory.

Still, I know white people who would think more than thrice about using the N-word, even in context, yet wouldn’t hesitate to use the P-word, do a head wobble or use a mock Indian accent “for a laugh”. But in many respects, the P-word is often more pejorative than the N-word. It doesn’t have the reclamatory pop cultural reach, for one thing. You won’t hear it used in music or film or on the street by Indian hood rats; and it’s often compounded with other adjectives, epithets or verbs such as “bashing” which gives it a violent edge.

As the writer Nirpal Dhaliwal told me, “Just as ‘nigger’ is from the Spanish and Portuguese ‘negro’, meaning ‘black’, ‘Paki’ as an abbreviation for ‘Pakistani’ doesn’t make it any less offensive. It’s the contemptuous inference of inferiority that makes it nasty. Neither word has ever been used in respect or affection by white people.”

Just because South Asians are not over-exposed in mainstream popular culture in the UK and US in the way that black people are, it doesn’t mean racism against them isn’t widely communicated. Scratch under the surface, on the street, in social media, in the cricket club, and it’s there for all to see.

But we all know that there’s more to racism than just name calling; and it’s in the area of integration that the real prejudice comes through. When I talk to Indian and Pakistani friends, they still see themselves as ‘othered’ by white society despite holding down good jobs or careers or being part of cosmopolitan ‘elite’ social networks. Likewise, when I talk to Anglophone friends and acquaintances, the diehards still refrain “they’re not like us”, “they don’t speak our language” or “they don’t integrate” – a sad indictment of entrenched bigotry that gives permission to discriminate.

At the heart of it all, as I find with anti-Afrocentrism, too, such prejudice isn’t about brown people not playing the game. On the contrary: it’s that they’re playing it too well and thus embarrassing their white peers. Having been invented by English elites, like so many ‘sports,’ racism is a confection they now find themselves hopeless at playing. For the truth is, whether it is discrimination aimed at cricketers, politicians or kids on the street, none of this is about supremacy or superiority; it’s about fallibility, envy, insecurity and an inherent sense of inferiority. If this wasn’t so, there’d no fear of competition. Howzat!

As the phoney culture war rages on, ideologues of every hue and racists of every shade of white continue to weaponize language. The aim of the game: drag Britain back to an era of colonial slurs, slander and salaciousness that defames black and brown people, making us victims on the one hand, and troublemakers on the other when we cry bullshit. But we’re hip to such sledging. The P-word is as bad as the N-word. Period. Until Yorkshire County Cricket Club and the rest of their ilk realise that, they remain on a very sticky wicket.