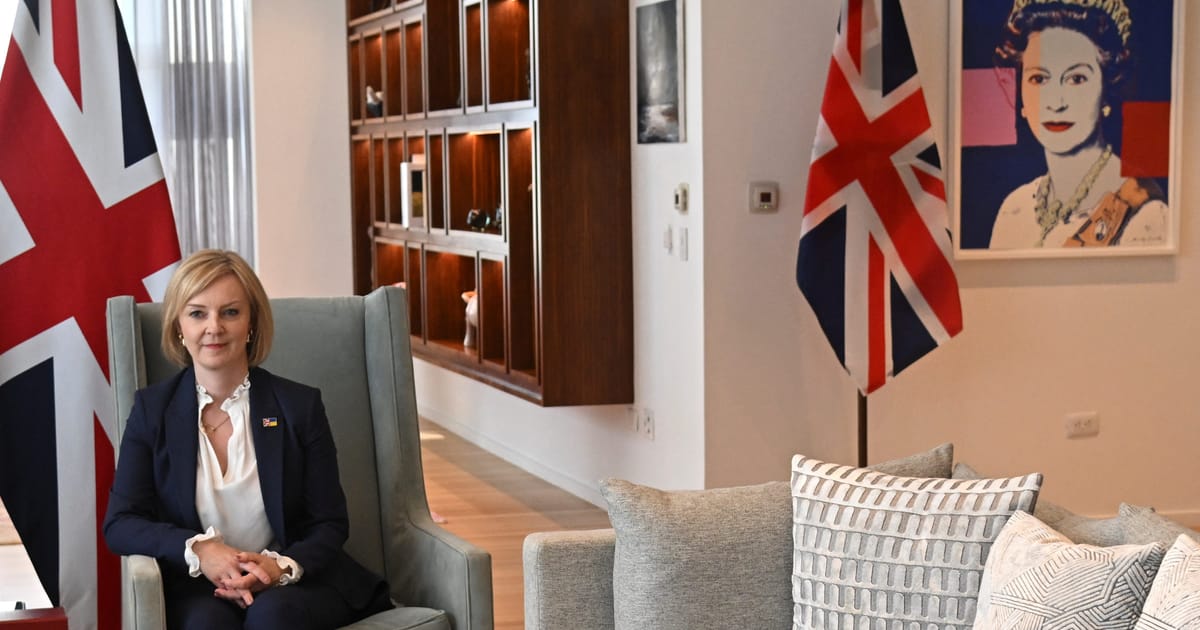 She's the breed of prime minister the Tory right have long wanted and she's eying one big bet to show hers is a winning formula.

This so-called mini-budget is anything but mini, with the Bank of England warning Thursday the British economy may already be in recession and voters feeling the pinch as inflation, energy costs and rising interest rates bite.

Truss is betting her premiership on true-blue pleasing tax cuts. “Lower taxes lead to economic growth, there is no doubt in my mind about that,” she told journalists on her way to New York earlier this week.

Truss supporters, such as John Redwood, argue the £30 billion or £40 billion of tax cuts she advocated in her leadership campaign were "sensible," citing the need to "offset the very big hit to real income which people have experienced from inflation.”

But with a general election expected in 2024, Truss doesn't have much time. Unlike her predecessor, Boris Johnson, she is not a proven election winner with a loyal fan base. More of her MP colleagues initially backed her main rival Rishi Sunak, her margin of victory among the grassroots was less than expected and she has left political rivals smarting by largely appointing loyalists to the top positions in her new government.

“I suspect there are many Conservative MPs who will be ready to drop her immediately if the economy doesn’t turn quickly,” said a former minister, so far overlooked in the recent reshuffle.

While most Tories are willing to give their new leader a chance, many will eye the markets as the real barometer of Truss' premiership.

“[The market response] could go badly wrong very quickly. That is the audience that I think is more likely to constrain what they do, rather than either public opinion or Conservative parliamentary opinion,” according to David Gauke, a former chief secretary to the Treasury under Theresa May.

There is a degree of trepidation from some Conservatives about what they see as an “enormous gamble” being taken by Truss, Gauke said. But Truss is “probably in a position to take that gamble,” he added, pointing out she had been pretty explicit about her plans and values during the leadership campaign.

He warned a decision to exclude the Office for Budget Responsibility, the government’s fiscal watchdog, from the budgeting process could “undermine confidence.”

Others agreed Truss' window of opportunity to cement her position is slight. “You are all-powerful at the start, but power can drain away very fast, and you can become a prisoner of your own backbenches very quickly,” one former government adviser warned.

It's the economy, stupid

The new prime minister will certainly face plenty of criticism.

Her supporters' insistence that "Treasury orthodoxy" is holding Britain back, underlined by the sacking of the finance ministry's most senior civil servant, Tom Scholar, has already raised the temperature. While this narrative might play well with Truss' right-wing supporters, it risks spooking the markets.

“[Markets] basically need to know that politicians do feel constrained by the need to have a sustainable position, and I'm sure [Kwarteng] will say that,” said Torsten Bell, chief executive of the Resolution Foundation, a center-left think tank.

“If we're really arguing that our growth strategy is to borrow lots more, that that will then pay for itself, then they don't believe that, and they are right, and so they would then start asking questions,” he said.

“You don't want to be seen as the one country that everyone decides is a bad bet,” he added.

The head of the OBR made clear he offered to provide a “less complete” analysis of the economy in time for Friday’s snap announcement, but the Truss government declined. They insist the government will stick to the usual two forecasts, with a full budget expected later this year.

Critics are also skeptical about Truss' plans because of wider U.K. economic prospects, including its departure from the European Union.

Former Sainsbury’s Chief Executive Justin King told ITV on Wednesday low levels of investment had been down to the U.K. becoming "less attractive internationally for lots of reasons, one of which is Brexit."

However, others argue voters may be more forgiving.

“Economic conditions don't need to be amazing, they just need to have a sense of improvement and then crucially a plan for the next phase,” said James Johnson, a former No. 10 pollster who now runs his own company JL Partners.

Friday’s statement will be “less about the ins and outs of the specific details,” he said, and “more about showing movement and leadership,”

“If [No. 10] can come out of this feeling that they have shown that she gets it, not necessarily in a values way, but in terms of ‘she is acting to do something on it and acting to do what she thinks is right to fix the crisis', then I think voters will give them the benefit of the doubt,” he said.

But he cautioned voters did worry about where the money for tax cuts would come from — a question Kwarteng will need to answer.

As one more downbeat MP put it: “Stopping people losing any more money is never going to be a way of gaining in the polls, but the bottom is very, very far from where we are now."