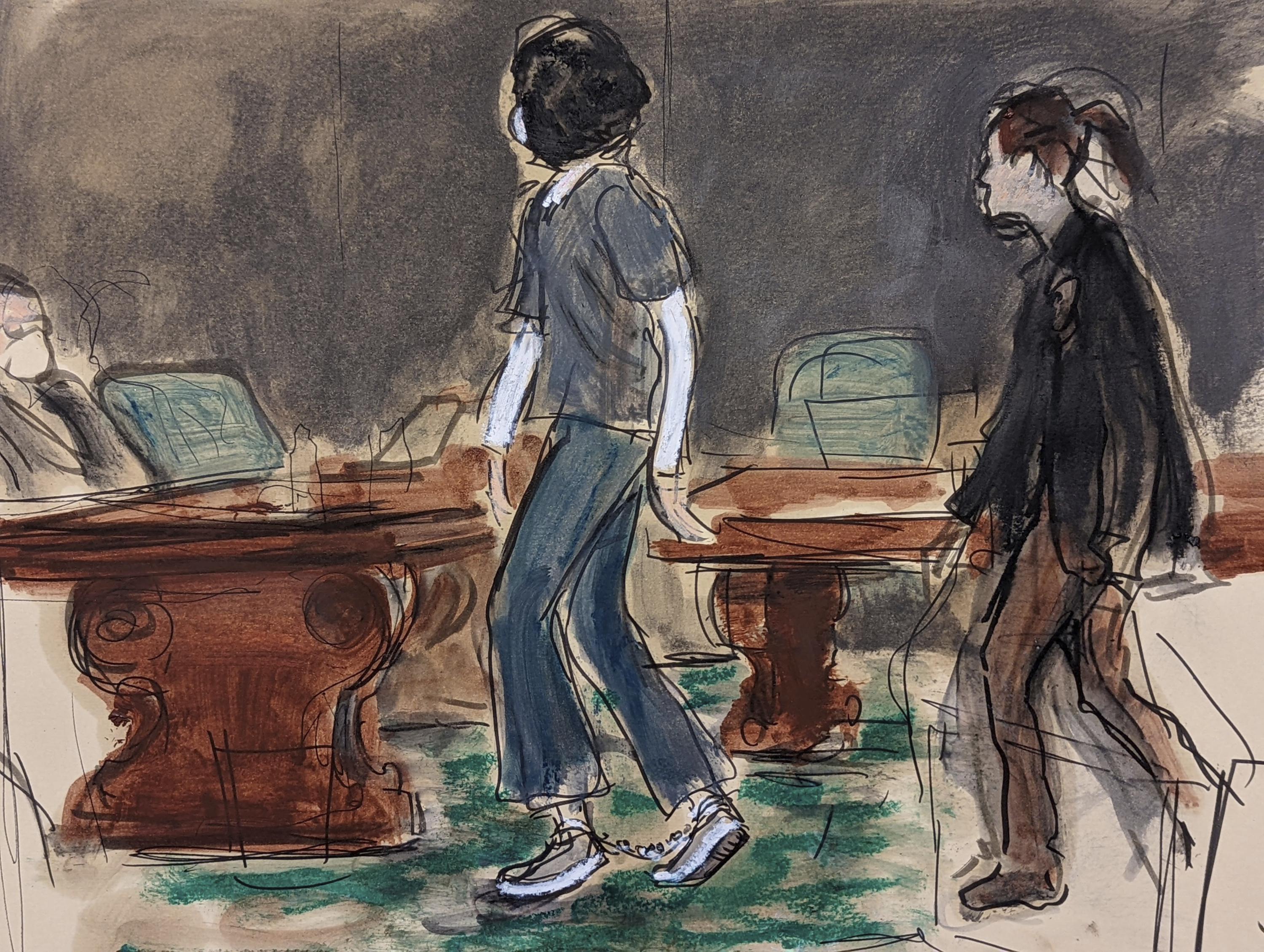 Ghislaine Maxwell, the jet-setting socialite turned convicted sex trafficker, is off to Florida to serve a 20-year federal prison sentence for helping financier Jeffrey Epstein sexually abuse underage girls — returning to the same state, but a far cry from the posh lifestyle, where she committed some of her crimes.
Maxwell, 60, was moved last week to FCI Tallahassee, a low-security federal prison in Florida’s capital, from the Brooklyn federal jail where she’d spent the last two years under close watch in light of Epstein’s 2019 jail suicide, the federal Bureau of Prisons said.

It wasn’t clear whether Maxwell would be held in restrictive housing or under other special precautions, given her notoriety and long-standing concerns about her well-being behind bars.

Maxwell, who was convicted last December in Manhattan and sentenced in June, repeatedly complained about her treatment at the Metropolitan Detention Center in Brooklyn, her home since her July 2020 arrest.

Maxwell and her lawyers complained that jail officers were flashing a light into her cell every 15 minutes, interrupting her sleep, and subjecting her to hundreds of searches and pat downs. She also claimed that a guard at the Brooklyn facility physically abused her and that she was punished for complaining about it.

A message seeking comment was left with Maxwell’s lawyers.

Maxwell, who once consorted with royals, presidents and billionaires as the daughter of a British publishing magnate, was convicted of luring teenage girls for Epstein to abuse.

Her monthlong trial featured sordid accounts of the sexual exploitation of girls as young as 14, told by four women who described being abused as teens in the 1990s and early 2000s at Epstein’s palatial homes in Florida, New York and New Mexico.

Maxwell’s new home, FCI Tallahassee, is about 360 miles (580 kilometers) from Epstein’s since-demolished mansion in glitzy Palm Beach where prosecutors say some of the abuse occurred.

The prison, opened in 1938, has about 820 male and female inmates. According to an inmate handbook, people locked up at the facility have access to a wide range of classes and activities, including painting, leather, art and ceramics, musical instruments, team sports such as softball, basketball and volleyball.

Maxwell is joining a short list of notable people who’ve served time at FCI Tallahassee, including Maria Butina, the Russian secret agent who tried to infiltrate conservative U.S. political groups, and Colleen LaRose, known as “Jihad Jane” for providing material support to terrorists. Butina was released in 2019 and deported to Russia. LaRose was released in 2018.

Like many federal prisons, as The Associated Press has reported, FCI Tallahassee has had its share of employees committing crimes in recent years — including sexual abuse of inmates.

In March, former FCI Tallahassee recreation specialist Jimmy Lee Highsmith was sentenced to four years in prison for sexually abusing an inmate between March 2014 and September 2018.

In 2006, a correctional officer and a federal agent were killed in a gun battle on the prison’s grounds. The officer opened fire as agents attempted to arrest him and several other officers on charges they gave contraband to female inmates in exchange for sex, officials said.