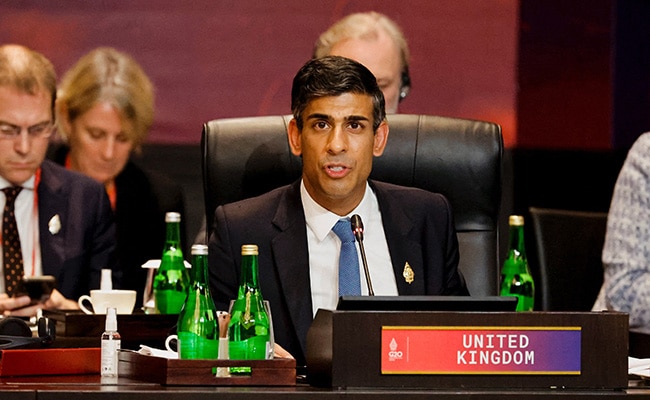 "More Must Be Done": UK PM Rishi Sunak On Climate Summit Agreement, but he have no idea what else can be done

"I welcome the progress made at COP27, but there can be no time for complacency. More must be done," the leader said in a statement issued on Twitter.

"Keeping the 1.5 degrees commitment alive is vital to the future of our planet," he added.

The UN climate summit agreed on the creation of a "loss and damage" fund to help vulnerable countries.

But it failed to push ahead on further cutting emissions in order to keep alive the aspirational goal of limiting global warming to 1.5 degrees Celsius from pre-industrial levels.

Rishi Sunak attended the summit, but only after U-turning having provoked anger by initially refusing to attend the global event.

Sunak had argued that "pressing domestic commitments" would keep him away from COP27 in the Red Sea resort of Sharm el-Sheikh -- after inheriting an economic crisis from predecessor Liz Truss.