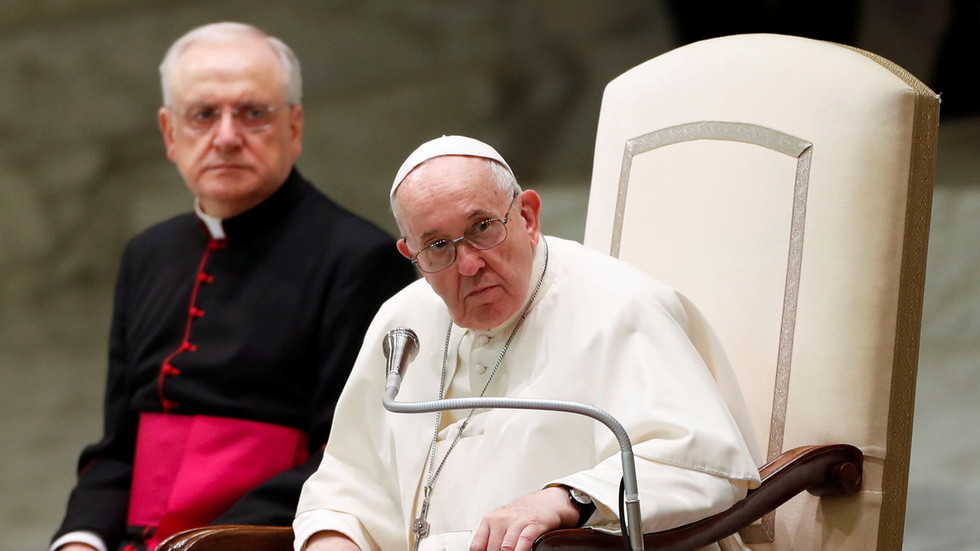 ‘My shame, our shame’: Pope reacts to bombshell report of Catholic Church’s sexual abuse of thousands of children in France

Pope Francis has expressed shame on behalf of himself and the Roman Catholic Church over the scale of sexual abuse committed against children in France after a damming report found hundreds of thousands of minors had been abused.
Speaking on Wednesday, the Pontiff said “it was a moment of shame” for the Church after a 2,500-page missive issued by the Independent Commission on Sexual Abuse in the Church (CIASE) unveiled large-scale negligence, silence and cover-ups by clergymen against juniors since the 1950s.

The 84-year-old Pope also shared his own regrets: “It is also my shame, our shame, my shame, for the incapacity of the Church for too long to put them at the center of its concerns,” and expressed his “sadness and pain for the trauma that they suffered.”

Pope Francis implored French bishops and high-up clergymen “to continue to make every effort so that similar tragedies will not be repeated.”

His remarks at the weekly General Audience came in the wake of the independent inquiry’s findings that the French clergy abused over 200,000 children.

The number, however, could even be as high as 330,000, when also considering abuse by lay members.

Out of the 115,000 priests and churchmen serving during that time, evidence showed that 2,900 to 3,200 were accused of abuse. Oliver Savignac, head of victims’ association ‘Parler et Revivre’, French for ‘Speak Out and Live Again’, condemned the findings: “That is devastating, because the ratio between 216,000 and 3,000, it’s one aggressor for 70 victims. That is terrifying for the French society, for the Catholic Church.”

The commission spent two and a half years analyzing evidence by going through archives from the church, courts, police and press dating as far back as 1950, as well as holding talks with victims and witnesses.
#Pope Francis