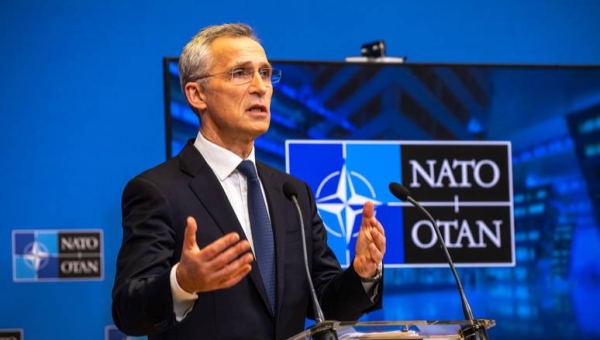 The chief of NATO has said Finland and Sweden could join the 30-nation military alliance "quickly" as opinion polls show both countries warming to membership.
"It’s their decision," NATO Secretary-General Jens Stoltenberg said on Thursday. "But if they decide to apply, Finland and Sweden will be warmly welcomed, and I expect that process to go quickly.”

Stoltenberg's remarks come as public support in Finland and Sweden for NATO membership has reached record highs, with speculation mounting that the pair may apply in May.

Polls have found that a majority of Swedes and Finns are currently in favor of joining the military alliance, with Russia's military operation in Ukraine driving public support.

Both countries have a long history of non-alignment and neutrality towards Russia, although they have warred with the country in centuries past.

The secretary-general did not give a precise time frame for membership if the Scandinavian countries did apply.

But Stoltenberg said NATO would offer some form of protection should Russia try to intimidate them in the "interim period".

Russia has previously warned of nuclear deployment if Sweden and Finland joined the US-led military organisation, saying it would be forced to bolster its defences in the region.

Russian President Vladimir Putin has long demanded that NATO stop expanding and that it should pull its troops back from Russia's borders.

Finland, which shares a 1,340-kilometre border with Russia, has fought several wars against their eastern neighbour, fighting the Soviet Union from 1939-40 and 1941-44.

Finland and Sweden have advanced militaries and defensive capacities that would bring substantial capability and expertise to NATO.

Both are widely considered to be leading security providers in Europe.

Founded in 1949, NATO is a collective security guarantee involving the US, Canada and a number of European nations, which ensures that all members must come to the aid of an ally if it is attacked.