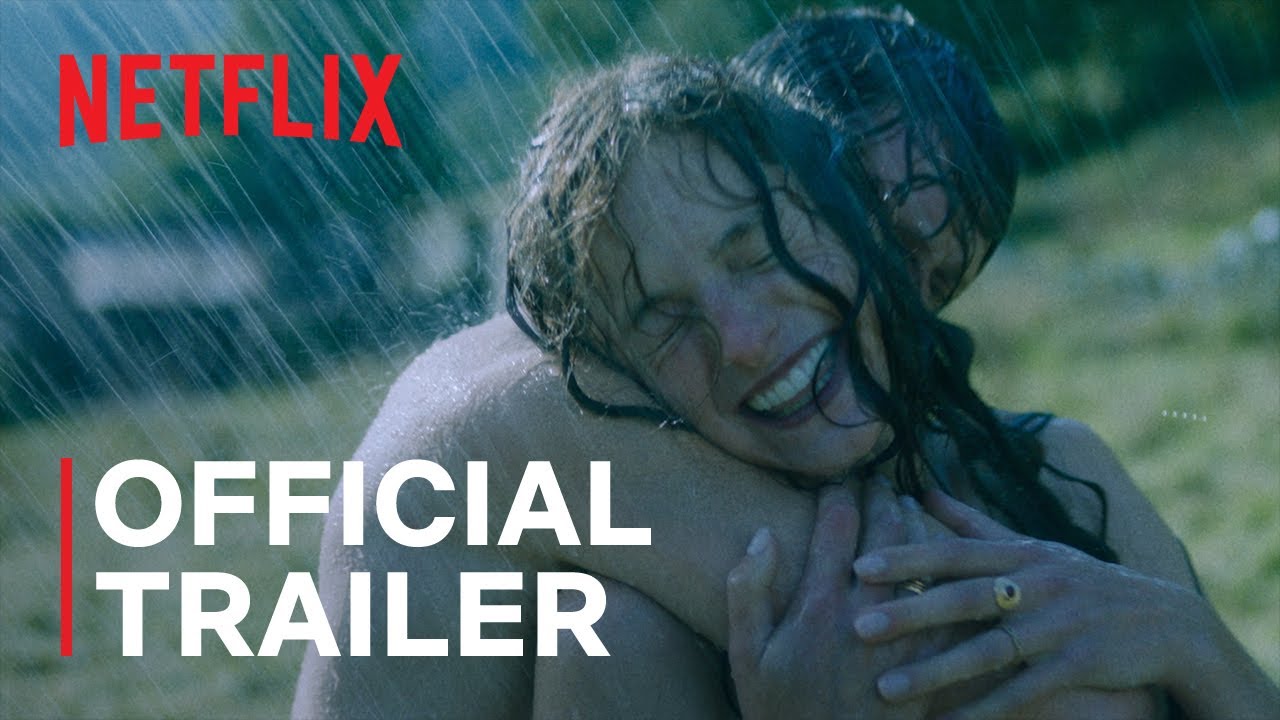 From the moment Emma Corrin appears on screen in the titular role of Netflix's new adaptation of D. H. Lawrence's novel "Lady Chatterley's Lover," her clothing mirrors the emotions of her character.
Keeping you in the know, Culture Queue is an ongoing series of recommendations for timely books to read, films to watch and podcasts and music to listen to.

From the moment Emma Corrin appears on screen in the titular role of Netflix's new adaptation of D. H. Lawrence's novel "Lady Chatterley's Lover," her clothing mirrors the emotions of her character.

In the opening scene, Lady Constance Chatterley wears a demure, lace-trimmed wedding dress — a classically styled, fitting look for the young aristocratic woman she is. Then, a series of dark, polished ensembles take over as she arrives at her husband Clifford's country estate (where they move after he returns, paralyzed, after World War I). The muted looks signal her role as the lady of the house and, increasingly, the sense entrapment she begins to feel in her marriage which now lacks physical intimacy due to her husband's injuries. Later, when she meets the gamekeeper, her future lover, Oliver Mellors, everything changes and her sartorial choices sync with her emotional and physical liberation.

"I wanted Constance's clothes to reflect the journey she goes on and speak of the romance and freedom she experiences," said the film's costume designer, Emma Fryer, in a phone interview.

That freedom is at the heart of why Lawrence's work scandalized the literary world when it was first published in 1928. Its plot features an affair between the young, married and upper-class Lady Chatterley and the also married, working-class Mellors, during a time when inter-class relationships were deemed socially unacceptable and divorce was only granted on proof of a matrimonial crime.

What really caused a stir, however, was the book's explicit depiction of sex between the two protagonists — a portrayal so frank it led to the novel being banned in multiple countries and sparked a history-making obscenity trial in Lawrence's native England (where it was eventually published in 1960).

The new movie, directed by Laure de Clermont-Tonnerre, is largely faithful to the book, yet presents its characters and different themes — class division, female empowerment, sexual consciousness — with a depth and sensitivity that's rarely been afforded to Lawrence's original work.

Corrin's wardrobe is pivotal to highlighting that liberation and putting a fresh spin on the ever-popular period drama genre.

"I wanted Constance's clothes to reflect the journey she goes on and speak of the romance and freedom she experiences," said the film's costume designer, Emma Fryer, in a phone interview.

'Clothing you could wear today'

While her outfits pre-Mellors span somber, heady fabrics in dark purples and reds, the clothes Corrin's Lady Chatterly sports once she begins to master her sexuality and, increasingly, her own life, shift toward more lightweight, sheer materials, muslins, and subtle layering (which was also devised to come off easily during those racy sex scenes). There are breezy skirts and thin, simple camisoles, cozy cardigans and delicate petticoats.

The color palette changes as well, to baby pinks and sunny yellows, floral prints and gentle blues. In the last part of the film, as she travels to Venice in the aftermath of the scandal around her extra-marital affair and is shunned by the high society she once belonged to, her style transforms again, embracing vivid greens, textured patterns, and bold pops of color by way of sashes — a hint, perhaps to her growing sense of self-confidence.

"There's a real sense of looseness as the film progresses," Fryer said of this sartorial evolution. "She's obviously trapped when we first see her at Wragby [the estate she and Clifford live on] and then, slowly, she opens up. I approached the costumes with that image in mind."

Fryer started by extensively researching the period, studying 1920s fashion, photographs and drawings from that era to create her mood board. The aesthetic she found fit seamlessly with her vision of Lady Chatterley's metamorphosis

"The whole decade from the end of the Victorian era going into the post-war years was incredibly interesting fashion-wise, because there was so much change," she said. "Clothing became less rigid, less tailored — the corsets had finally gone. That helped bring Connie's closet together, and further connect with her world and free spirit."

To present Constance as the modern-day woman she is, the costume designer drew inspiration from current styles, too. She visited Harrods and Selfridges in London, ultimately incorporating a few 21st-century brands into the final looks, next to authentic pieces and custom-made 1920s-inspired items.

"From the very beginning, we all wanted Contance's closet to have a sort of timelessness to it, and contemporary elements in the styling," she explained. "She's a woman of today, and it was important to translate that into her wardrobe."

Mixing and matching made it "sort of playful, light and very modern," Fryer added. "It's clothing that you could wear today and actually feel great in."

Shift in a beloved genre

This infusion of modernity puts "Lady Chatterley's Lover" in line with a trend among popular period dramas released in recent years, according to Faye Woods, associate professor in film and television at the University of Reading in the United Kingdom.

"Many of today's period dramas try to approach history in different ways or through different perspectives — in the instance of Lady Chatterley, from Constance's point of view — to explore underrepresented stories, and sort of give a new spin to the genre," Woods said in a phone interview.

"From the very beginning, we all wanted Contance's closet to have a sort of timelessness to it, and contemporary elements in the styling," Fryer explained. "She's a woman of today, and it was important to translate that into her wardrobe."

"Recent adaptations allow audiences to daydream and at the same time interpret the past in a way they understand as close to their own world," Woods said. "Hence their popularity. We take pleasure in something that is not like us, yet we can relate to."

Clothing plays a key role in the phenomenon, she said.

"Costumes in period dramas are so often focused on texture and touch," Woods said. "By placing a strong emphasis on the fabric, the construction, and the details, they bring extra depth to the story, both in large-scale, lavishly depicted scenarios and really intimate settings, as they draw the viewer close."

In dramas where the plot predates contemporary feminism, in particular, female characters' wardrobes can serve to highlight the constraints those women live in but are trying to push against. Lady Chatterley's shift from draped gowns to delicate fabrics is a case in point: Her "shedding" of formal dressing isn't just a style choice, but an act of freedom and defiance against aristocratic elitism.

"Lady Chatterley's Lover" is out on Netflix.