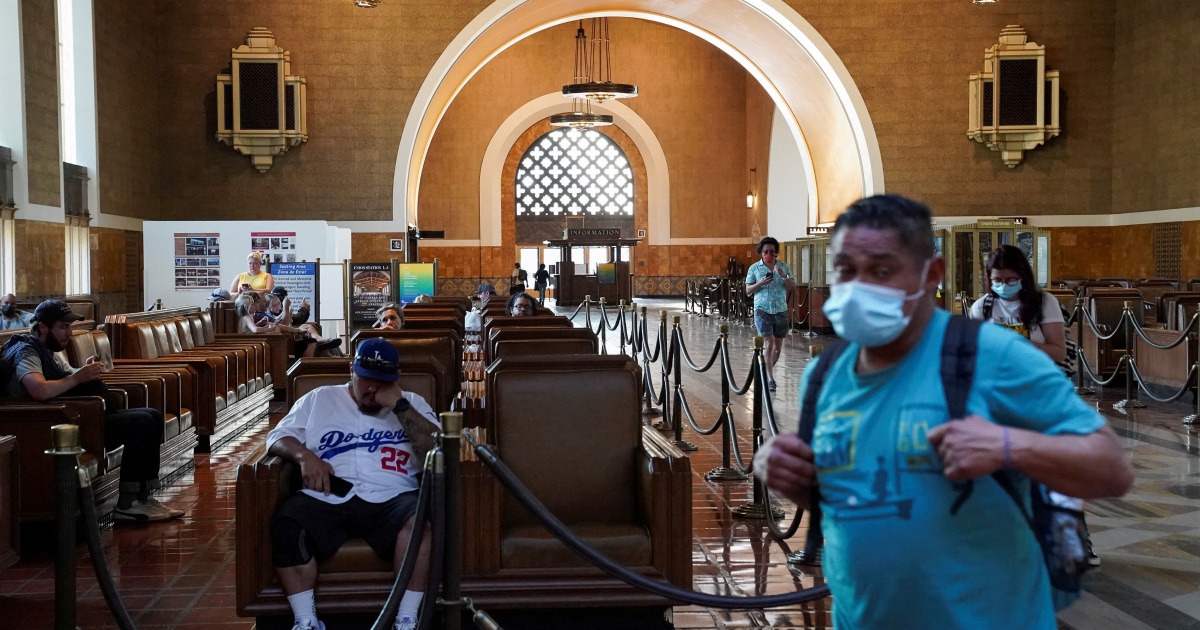 The mandate had been issued by governor after Kathy Hochul declared state of emergency amid Omicron spread.

A New York state judge has struck down a mandate that required the wearing of masks in public places as a COVID-19 precaution, ruling the governor overstepped her authority in imposing the restriction.

In the ruling on Monday, Judge Thomas Rademaker of New York State Supreme Court on Long Island found that the state legislature last year curbed any governor’s ability to issue decrees, such as a mask mandate, amid a declared state of emergency.

The mandate “is a law that was promulgated and enacted unlawfully by an executive branch state agency, and therefore void and unenforceable,” the judge said.

It was the latest setback in court for officials at state and federal levels as they have sought to impose strict coronavirus measures in hopes of stemming the virus, which has seen a resurgence in the country amid the spread of the Omicron variant.

The debate about officials’ ability to mandate certain restrictions has often fallen along partisan lines, with Democrats usually supporting masking and vaccine requirements, and Republicans opposing them, citing them as a limit to personal liberty.

The New York Edcuation Department said on Tuesday the state had filed notice that it would appeal the ruling – a step that could keep the rule in place at least until its planned expiration on February 1.

In the meantime, New York state education officials told school administrators to continue enforcing the state’s mask mandate for students and teachers despite the judge’s ruling overturning it.

The move caused confusion on Tuesday as some districts rushed to make masks optional.

Attorney General Letitia James said on Twitter that her office would challenge the ruling.

Governor Kathy Hochul, a Democrat, pledged to fight back, saying in a statement: “We strongly disagree with this ruling, and we are pursuing every option to reverse this immediately.”

“My responsibility as Governor is to protect New Yorkers throughout this public health crisis, and these measures help prevent the spread of COVID-19 and save lives,” Hochul said.

Meanwhile, a judge in Texas last week ruled that Biden could not require federal employees to be vaccinated.

The challenged restrictions in New York state, home to about 20 million people, included wearing masks in schools, on public transit and other public indoor spaces.

Hochul had declared a state of emergency almost immediately after the World Health Organization named Omicron as a variant of concern on November 26.

When Hochul imposed the rule on December 31, she called it temporary. She later extended the original expiration date of January 15 until February 1.

The New York Attorney General’s office and the New York Department of Health both said they planned to appeal the decision.

Meanwhile, US Representative Elise Stefanik, a Republican who represents a district in New York, called the ruling “a win for small businesses, parents, students, and the freedom of all New Yorkers”.

“I am proud the New York Supreme Court overturned this unprecedented overreach of power and will continue to stand up for the freedom of New Yorkers,” she said in a statement.

Rademaker wrote that his ruling is not intended in any way to question or otherwise opine on the efficacy, need, or requirement of masks as a means or tool in dealing with the COVID-19 virus, but that “enacting any laws to this end is entrusted solely to the State Legislature.”