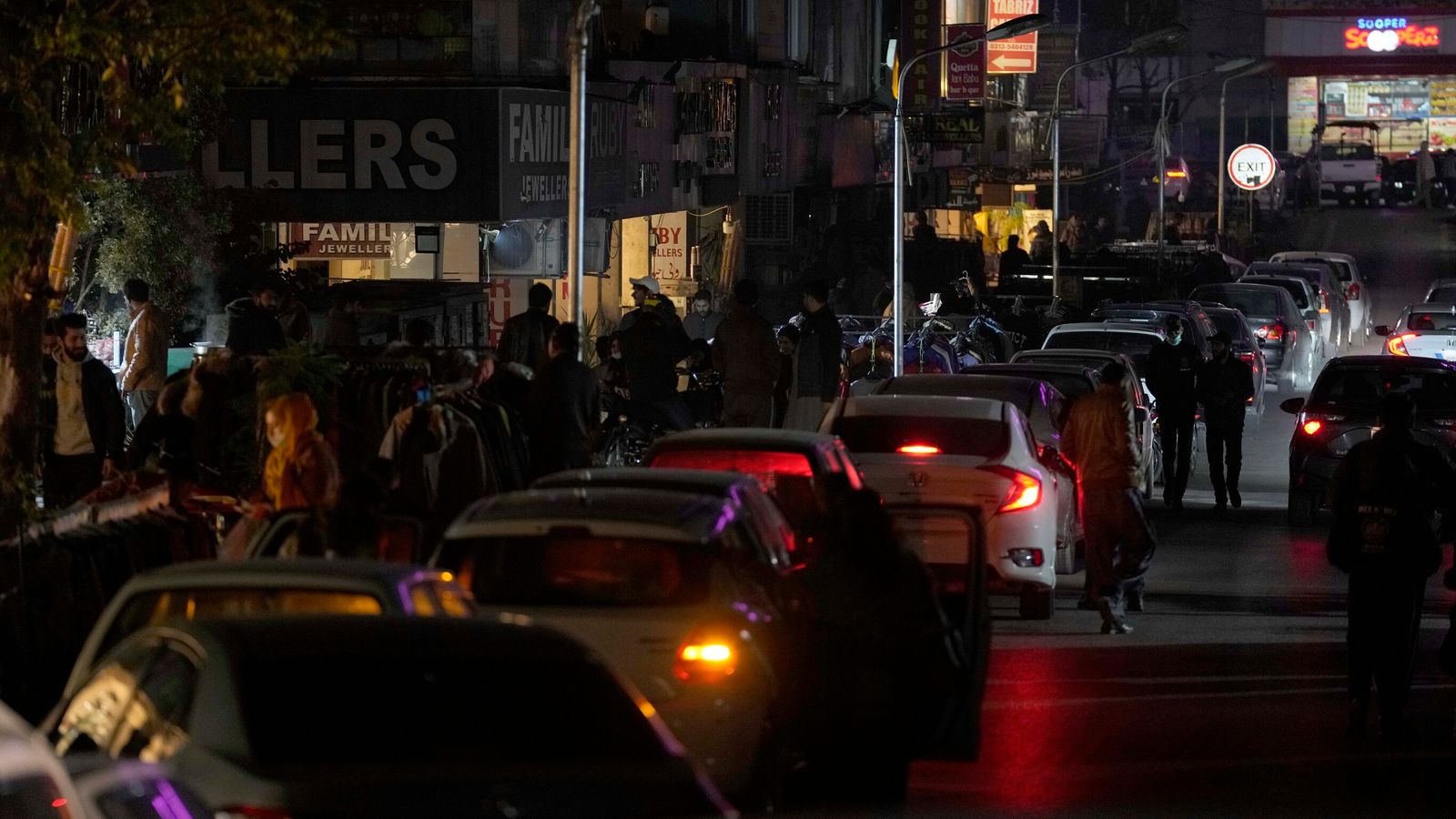 Millions were left without power in harsh winter weather, with officials saying electricity was turned off during low usage hours overnight to conserve fuel, leaving technicians unable to reboot the system all at once after daybreak.

An energy-saving measure in Pakistan backfired, leaving millions across the country without power.

The government has begun restoring power and launched an inquiry into the outage, which began around 7am local time.

Officials said it started when electricity was turned off during low usage hours overnight to conserve fuel across the country, leaving technicians unable to reboot the system all at once after daybreak. 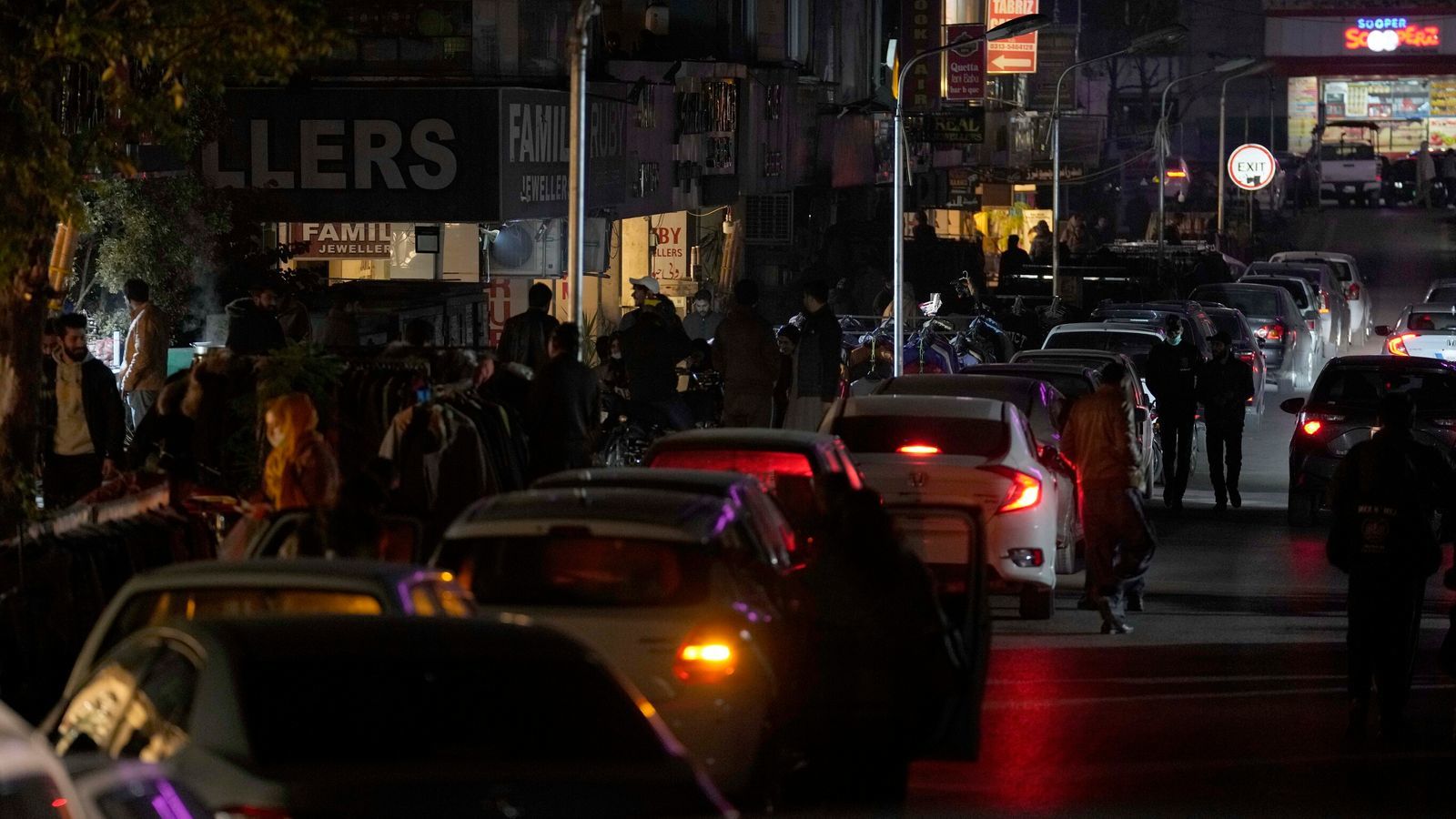 Shoppers visit a market, where some shopkeepers are using generators for electricity. 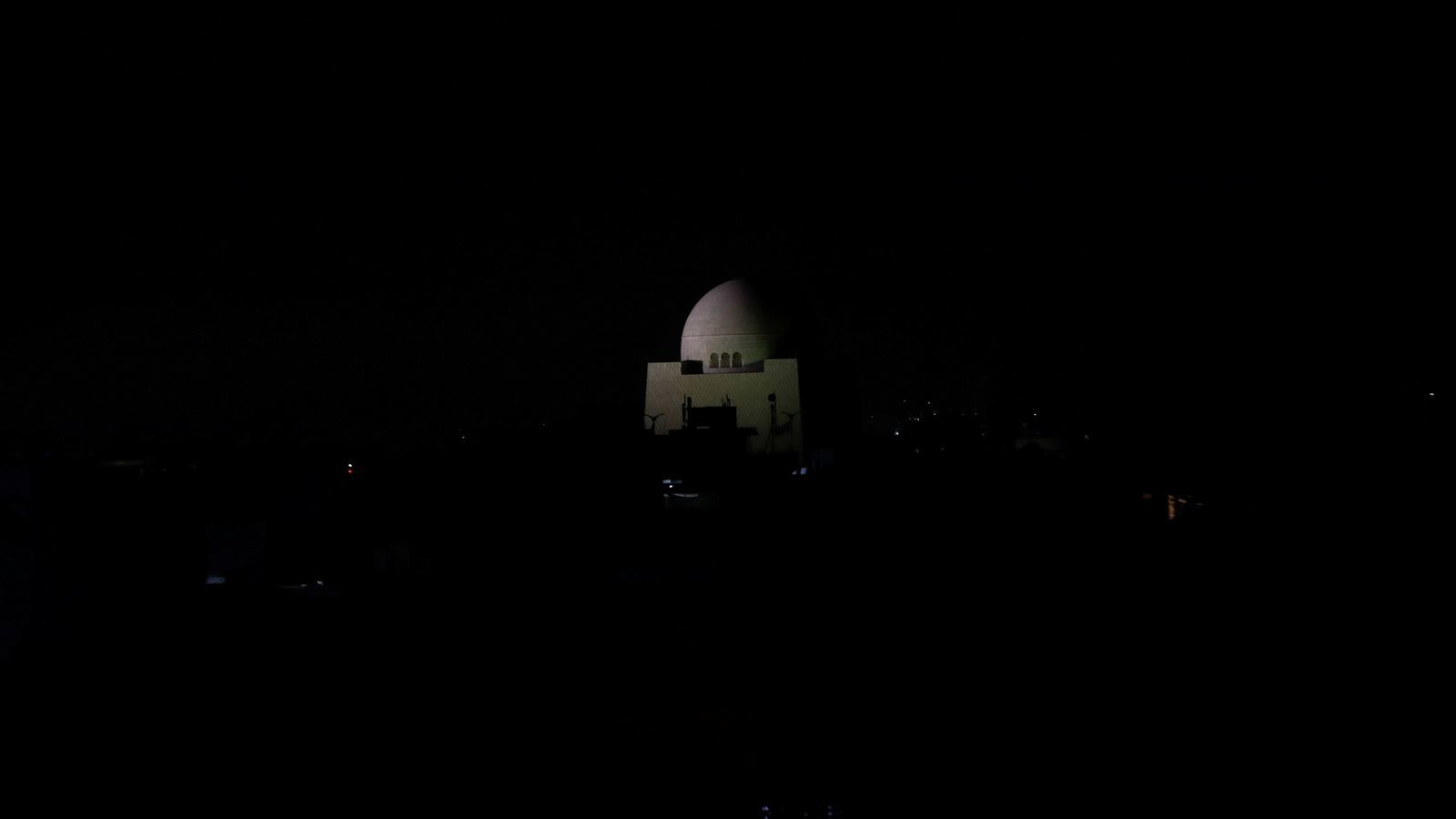 The mausoleum of Mohammad Ali Jinnah in Karachi during the power breakdown
Many major cities, including the capital Islamabad, and remote towns and villages across Pakistan were left without power for more than 12 hours.

As the electricity blackout continued late into Monday, the authorities sent police to markets across the country to provide security.

Officials later said power had been restored in many cities, 15 hours after the outage was reported.

It had left millions without drinking water, as pumps powered by electricity failed to work, and left schools, hospitals, factories and shops without power amid harsh winter weather.

Khurram Dastgir, the energy minister, told local reporters that engineers were working to restore power and tried to reassure the nation power would be restored within the next 12 hours.

He said electricity usage typically goes down overnight during winter, unlike in the summer months when Pakistanis turn to air conditioning.

"As an economic measure, we temporarily shut down our power generation systems" on Sunday night, Mr Dastgir said.

He said when engineers tried to turn the system back on a "fluctuation in voltage ... forced engineers to shut down the power grid" stations one by one. 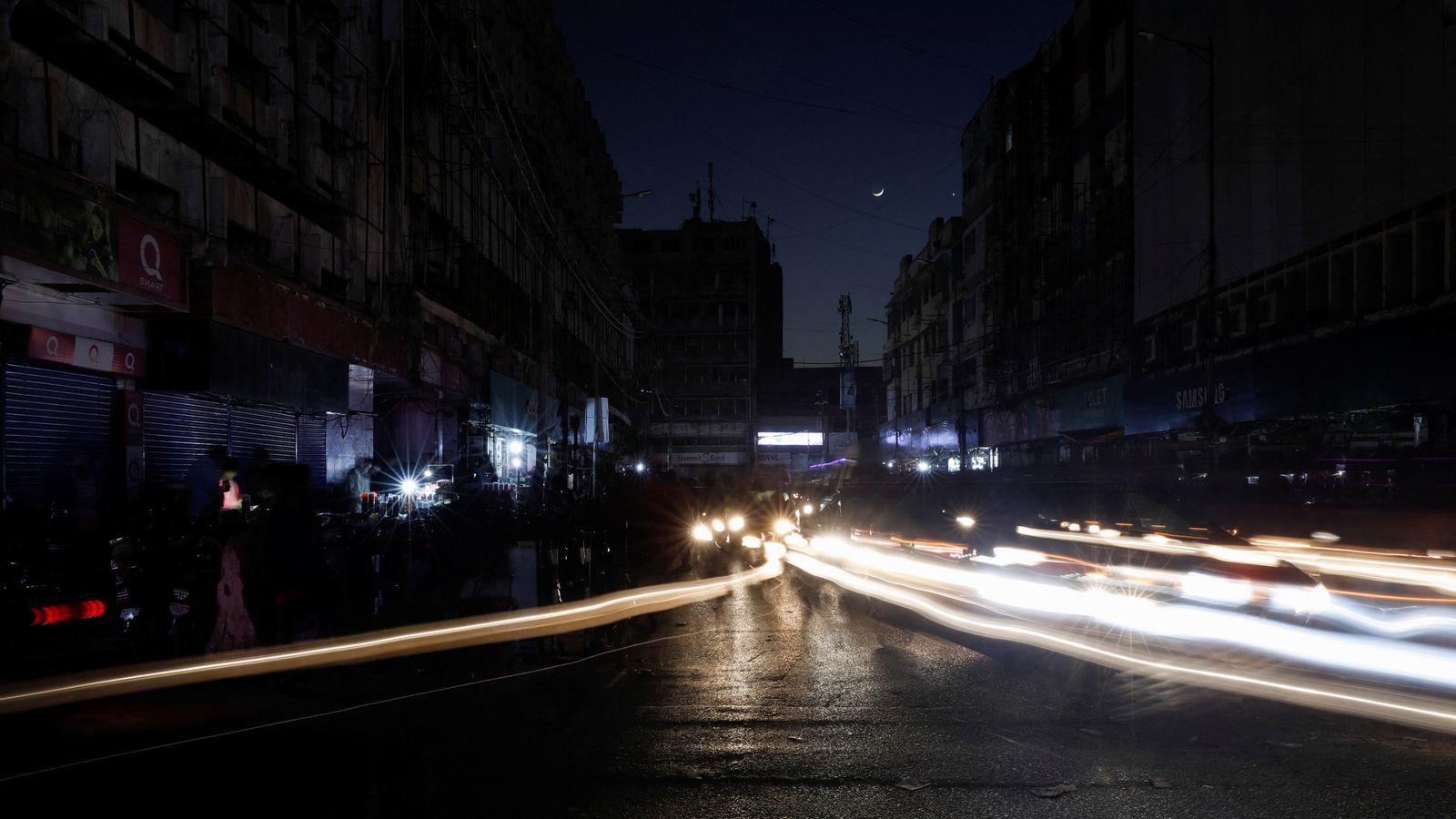 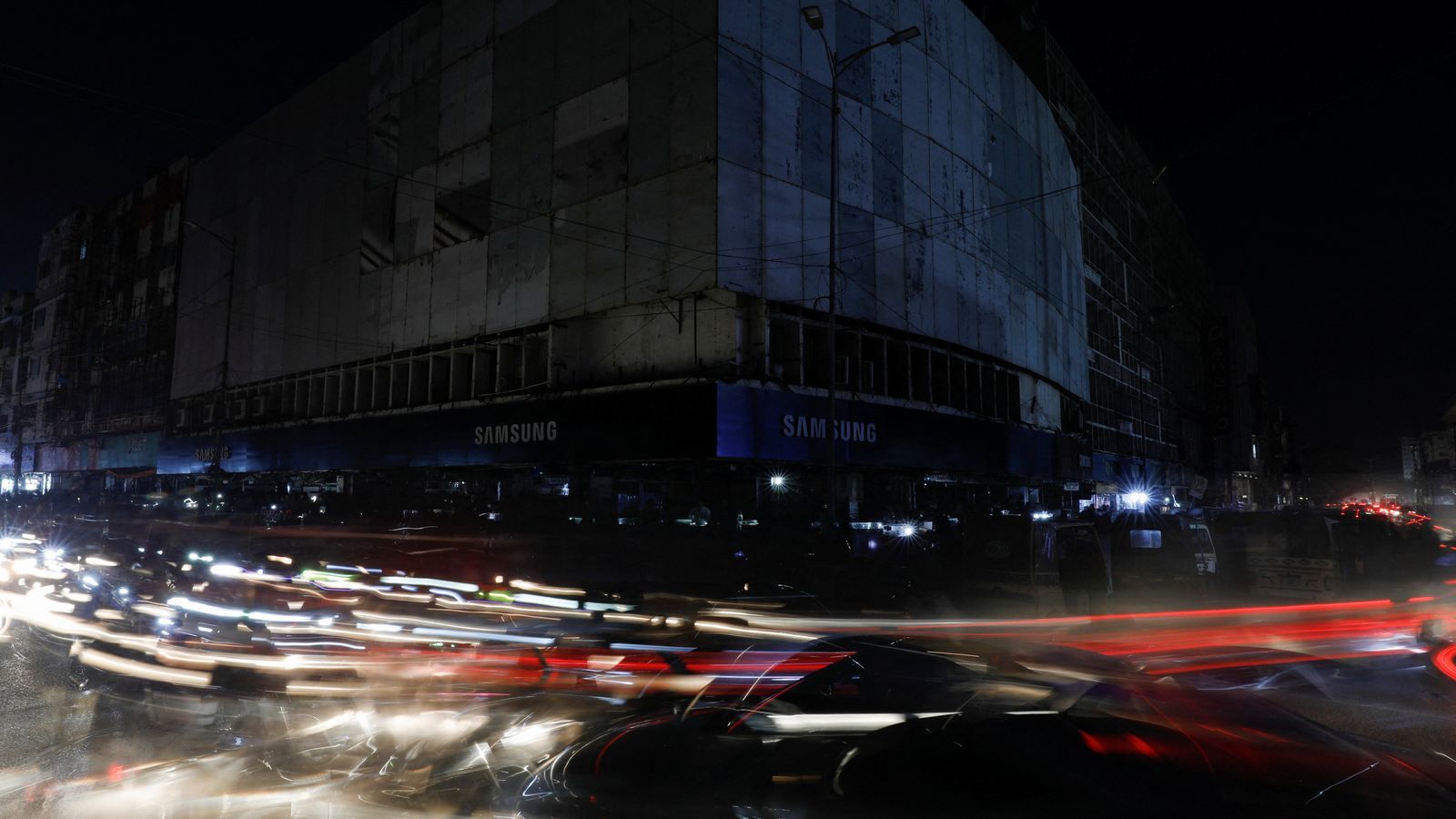 Mr Dastgir insisted the outage was not a major crisis and said backup generators kicked in to help key businesses and institutions such as hospitals, military and government facilities.

"We are hoping that the supply of electricity will be fully restored tonight," he said.

It was the second major electricity grid failure in three months, on top of the blackouts the country's nearly 220 million people experience almost daily.

Analysts and officials have blamed Pakistan's power problems on its ageing electricity network, which desperately needs an upgrade the government says it cannot afford.

The International Monetary Fund has bailed out Pakistan five times in the past two decades, but the latest funding is on pause due to differences with the government over a programme review that should have been completed in November.

While Pakistan has enough installed power capacity to meet demand, it lacks resources to run its oil-and-gas-powered plants.