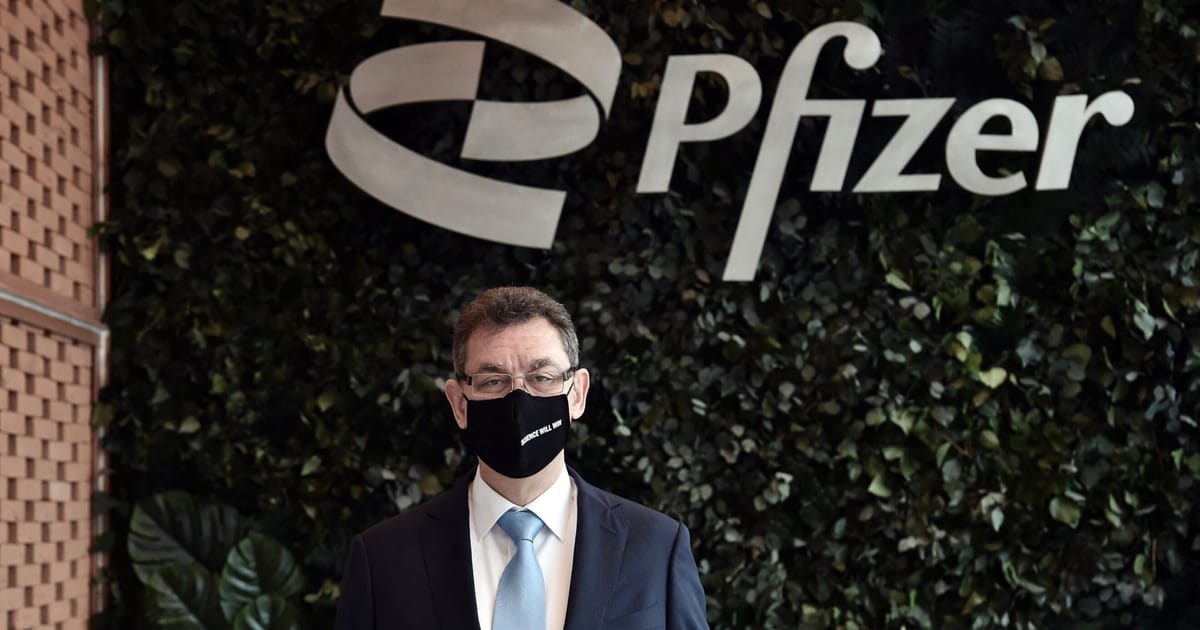 ‘We have no further information to share,’ says Albert Bourla, who bailed out of an earlier appointment in October.
Pfizer Chief Executive Officer Albert Bourla has once again declined to testify before the European Parliament’s special COVID committee.

"Since the October COVID hearing, we have no further information to share with the Committee, so respectfully decline the invitation to again revisit these issues," states the letter from Bourla dated December 2 and seen by POLITICO.

Bourla previously pulled out of an appointment to testify before the committee in October, at which he was expected to face tough questions on how secretive vaccine deals were struck. That decision followed an audit report into the EU's vaccine procurement strategy that raised new questions about contact between the pharma CEO and European Commission President Ursula von der Leyen that preceded a multibillion-euro vaccine contract.

On October 14, the European Public Prosecutor's Office confirmed it had an ongoing investigation into the EU's COVID vaccine purchases, but has not yet specified who is being investigated or which of the EU's vaccine contracts are under scrutiny.

At the October 10 COVI hearing, the company’s president of international developed markets, Janine Small, faced repeated questions from the committee on Bourla's absence, one of which was even taped to some MEPs' laptops. She also took questions on vaccine contract negotiations and the jabs themselves, including one from Dutch MEP Robert Roos (ECR group) about whether the vaccine was tested for its ability to prevent transmission before entering the market. That question — and Small's answer — landed Roos an appearance on Tucker Carlson's Fox News talk show.

But, in the end, it seems Small was just no substitute for Bourla.

So, on October 28, the COVID committee extended a second invitation to the CEO.

“Our committee felt that during the previous hearing with representatives of the pharmaceutical industry, where Pfizer was represented by Mrs. Janine Small, important questions regarding the advanced purchase agreements between the European Union and Pfizer, which fall under the responsibility of the CEO and of which only he has the authority to respond to them, remained unanswered,” COVID committee chair Kathleen Van Brempt (S&D group) said in a statement today.

“As chair of the COVI committee, I deeply regret Dr. Bourla’s refusal to discuss this matter with the Members of the European Parliament,” she said. "As a co-legislator of the European budget, the Parliament has the right to obtain full transparency on the modalities of these expenditures and the preliminary negotiations leading up to them."

But for Pfizer, it seems there’s just nothing new to say.

“Pfizer has provided input to the Special Committee on the COVID-19 Pandemic, and the wider European Parliament, as it seeks to understand and learn from the pandemic response,” a company spokesperson told POLITICO.
#COVID-19  #vaccine  #Pfizer  #Covid