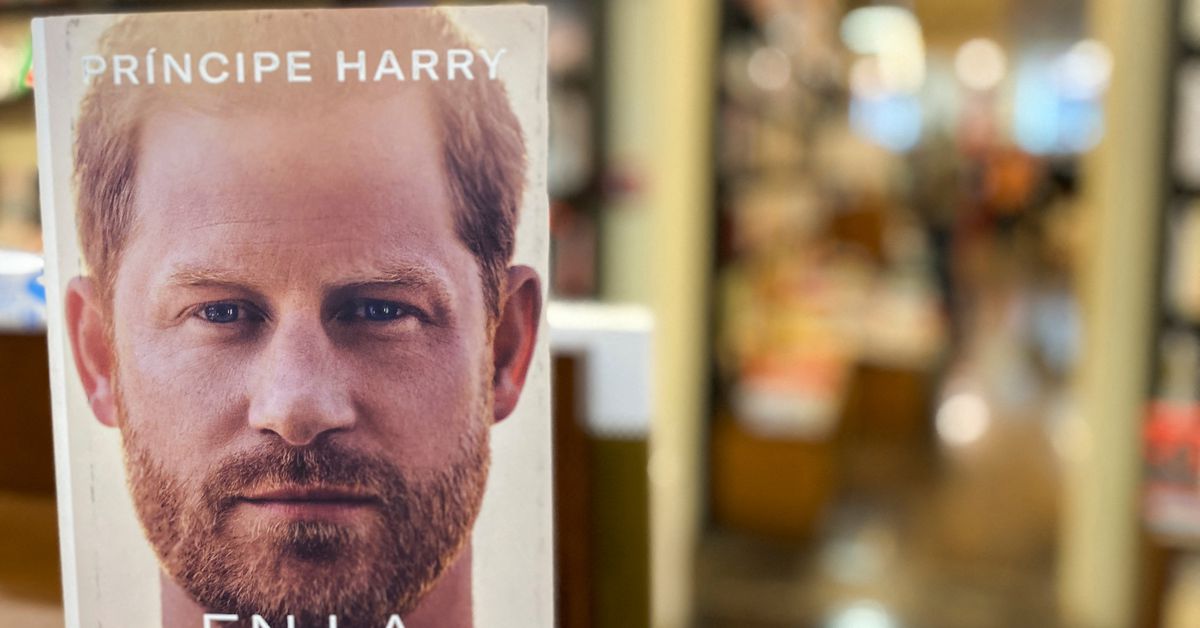 Several bookstores in Spain were selling the much-awaited memoir by Britain's Prince Harry on Thursday, five days ahead of the book's official launch date.
A Reuters reporter bought a Spanish-language copy of "Spare", which was due to be published on Jan. 10, at a large bookstore in Madrid.

A scan of the book confirmed a passage first reported by Britain's Guardian newspaper in which King Charles' son described being knocked to the floor during an argument with his older brother and heir to the throne, Prince William.

Initial attempts to purchase the memoir were unsuccessful. At one shop, the seller said the book had already sold out.

At another, the book was displayed on shelves but a staff member withdrew it after the reporter asked why it was being sold in Spain earlier than in Britain.

A spokesperson for the Spanish publisher, Barcelona-based Plaza y Janes Editores - which belongs to multinational conglomerate Penguin Random House - said: "A very clear launch protocol was established and communicated to all customers so that the book would not be marketed before that date.

"Everything points to the fact that some customers have breached their commitment to the publisher and have put the book on sale before the agreed date."
#Prince William