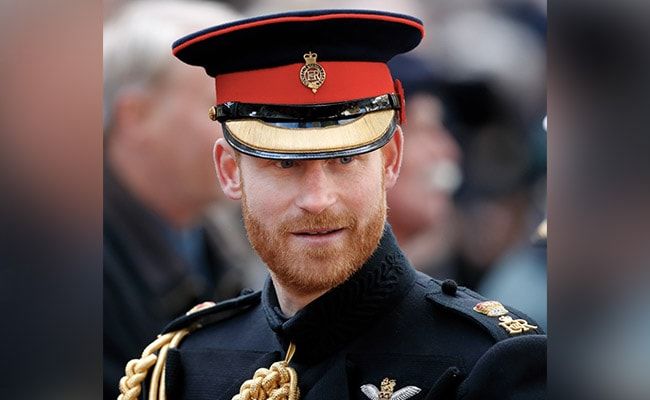 The 38-year-old prince's ghost-written book "Spare" was widely leaked after it mistakenly went on sale in Spain ahead of the official publication date.
Prince Harry will discuss his memoirs in television interviews Sunday after the book's explosive revelations about royal rifts, sex and drugs cast doubt on his future in the British royal family.

The 38-year-old prince's ghost-written book "Spare" was widely leaked after it mistakenly went on sale in Spain ahead of the official publication date Tuesday.

Details include an allegation his brother Prince William, the heir to the throne, attacked him during a row about his wife Meghan; an account of how he lost his virginity; an admission of drug use; and a claim he killed 25 people while serving in Afghanistan.

British media reported Sunday that the book had deeply hurt William and the boys' father, King Charles III, but the monarch wants to reconcile with his son. The palace has not reacted officially.

Prime Minister Rishi Sunak declined any comment on the scandal in a BBC interview while stressing his "enormous regard for the royal family".

The TV channels have already released clips where Harry speaks about his fractious relationship with William and accuses his family of planting negative stories about him and Meghan in the media.


In the latest clip released by ITV, Harry revealed he "cried once" after his mother Diana was killed and said he felt guilty at being unable to express grief while greeting crowds of mourners whose hands were wet with tears.

In previous clips, he focused on his combative relationship with William, saying his elder brother physically attacked him as they argued over Harry's wife Meghan, and "I saw this red mist in him".

"I want reconciliation, but first there has to be accountability," Harry said.

Sources close to William and Charles commented to broadsheets Sunday.

The Sunday Times quoted an unnamed friend of both brothers as saying William "won't retaliate, he never would," but "he's anxious and he's sad".

"He's handling it so well on the outside - inside he's burning," the source said.

Another unnamed friend told the newspaper that William "is staunchly protective of his own family, and he's not just going to roll over."

The Sunday Telegraph broadsheet quoted sources close to Charles as saying the king saw a reconciliation with Harry as the "only way out of this mess", however.

While Harry's book is more critical of William, Charles "is no less hurt because he personally hasn't been the focus of the majority of the anger and frustration of the book," The Sunday Times reported, citing a friend of the king.

Harry told ITV he still believes in the monarchy, although he does not know if he will play any part in its future.


Unlike William, Harry will not have a formal role in Charles' coronation this year which he is expected to attend, The Sunday Times reported.

In "a major break with tradition, Charles has scrapped the act of the royal dukes kneeling to 'pay homage'", it wrote, and "William will be the only royal to perform the tradition".

US channel CBS was later to broadcast its interview with Harry on its "60 Minutes" evening show.

Another US network, ABC, was to air its interview Monday.

Harry referred to William as his "beloved brother and arch-nemesis", ABC presenter Michael Strahan said in an interview excerpt.

"There has always been this competition between us, weirdly," Harry told the US channel.

"I think it really plays into or is played by the 'heir/spare'."

The interviews were recorded before Harry's book was widely leaked Thursday -- prompting a backlash from media, royal commentators, military veterans and even the Taliban.

British papers slammed Harry's claim to have killed 25 people while serving in the military in Afghanistan, after veterans criticised such statements as risky and inappropriate.

A Taliban official condemned Harry for saying the killings felt like removing chess pieces from a board.
#Prince William  #Afghanistan