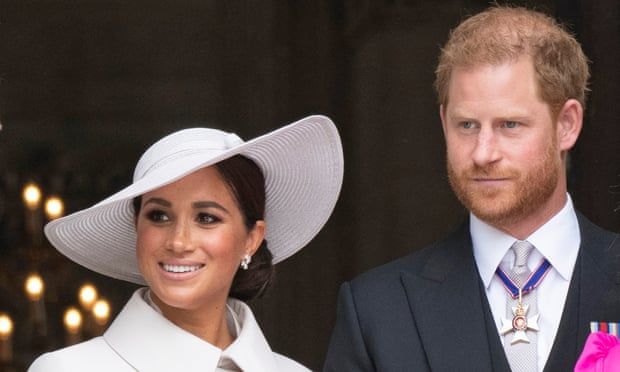 Prince will address late South African leader’s ‘memories and legacy’ in annual celebration at general assembly
Prince Harry will address the UN general assembly at its annual celebration of Nelson Mandela International Day on Monday and is expected to speak about the legacy of the South African anti-apartheid leader who spent 27 years in prison and became his country’s first black leader.

The 37-year-old Duke of Sussex will be the keynote speaker at the UN event in New York.

South Africa’s UN mission said his remarks “will be around the memories and legacy of Mandela and what has been learned from his struggle and his life that can help us face the new challenges in the world today”.

The world still faces challenges that were there during Mandela’s life including racial intolerance, the divide between rich and poor, hunger and food insecurity, a mission diplomat said.

The general assembly established 18 July – Mandela’s birthday – as an international day to honour him not only by celebrating his life and contributions but by carrying out the tradition of participating in a community service activity.

Harry will be accompanied at the UN by his wife, Meghan, the Duchess of Sussex. A former actor, she spoke at a conference at UN headquarters organised by UN Women on International Women’s Day in 2015, before her marriage to the prince.

In January 2020, the couple stepped down as senior members of the royal family and moved to the duchess’s native southern California, where they continue to live with their two children.

Harry and Meghan visited South Africa in 2019 with their son, Archie, on their first official tour as a family before they gave up royal duties. Harry’s mother, the late Diana, Princess of Wales, met Mandela in March 1997, just five months before her death in a car crash in Paris.