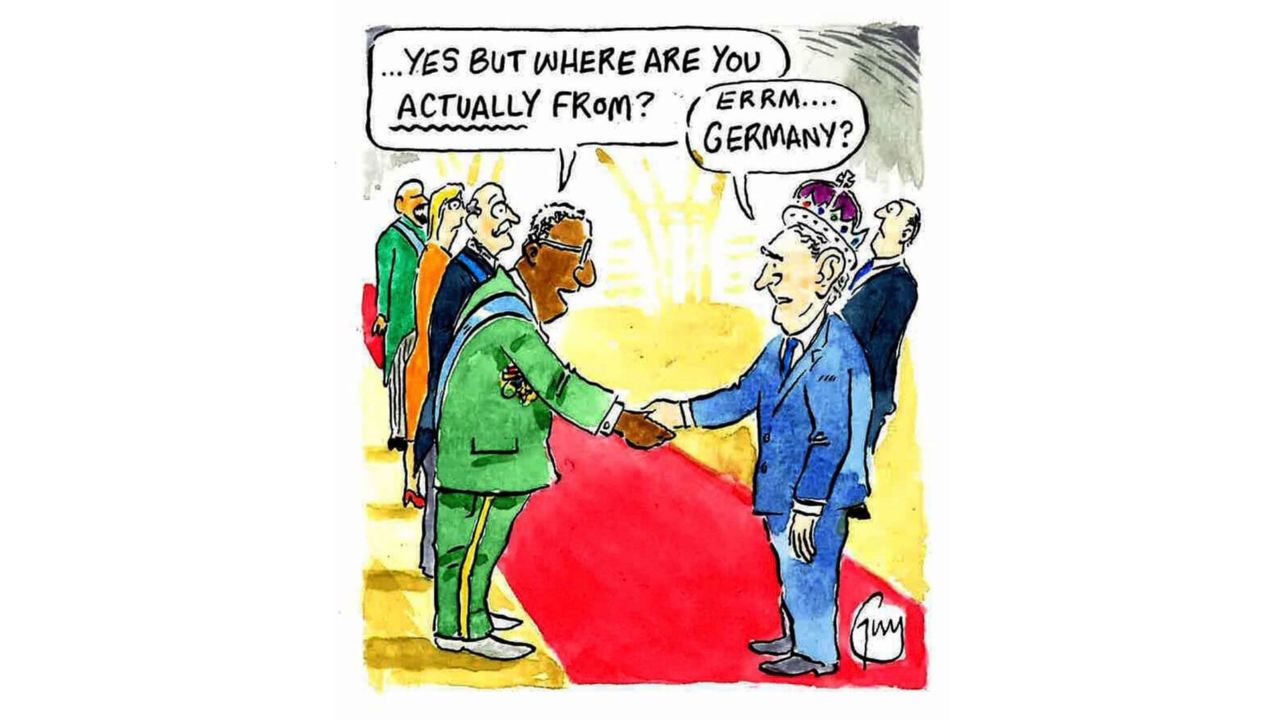 Listen to the article
0:00
0:00
Ngozi Fulani, the founder of a charity that supports victims of domestic abuse, alleged in a tweet that Lady Susan Hussey repeatedly pressed her for information about her nationality.
Buckingham Palace said Wednesday that an honorary member of the household has resigned after making "unacceptable and deeply regrettable comments" to a Black guest.

"The individual concerned would like to express her profound apologies for the hurt caused and has stepped aside from her honorary role with immediate effect," the palace said, without naming the person.

Mandu Reid, the leader of the British Women's Equality Party, who witnessed the exchange, on Thursday identified the person as 83-year-old Lady Susan Hussey, Prince William's godmother and a lady-in-waiting for the late Queen Elizabeth II.

Ngozi Fulani, the head of Sistah Space, a charity that supports victims of domestic abuse, alleged in a tweet that the household member repeatedly pressed her for information about her nationality.

The unnamed Buckingham Palace insider allegedly approached Fulani at a reception Tuesday hosted by the Camilla, queen consort, and asked her: "Where do your people come from?"

In a tweet, Fulani said she left her visit to Buckingham Palace with "mixed feelings" and described the encounter in detail.

She said the person came up to her 10 minutes after she arrived and "moved my hair to see my name badge."

Fulani alleged that the household member peppered her with questions about her nationality and where she had "really come from," even as she explained that she was a British national.

In a statement, Buckingham Palace said it took this incident "extremely seriously," adding that it had "investigated immediately to establish the full details."

The statement did not identify Hussey.

The palace had "reached out to Ngozi Fulani on this matter, and are inviting her to discuss all elements of her experience in person if she wishes." (In a radio interview Wednesday, Fulani said she had not been contacted.)

"All members of the household are being reminded of the diversity and inclusivity policies which they are required to uphold at all times," the palace added.

In a tweet on Wednesday, Sistah Space thanked "everyone" for their support and explained that the organization did not want to name the person involved.
#Prince William