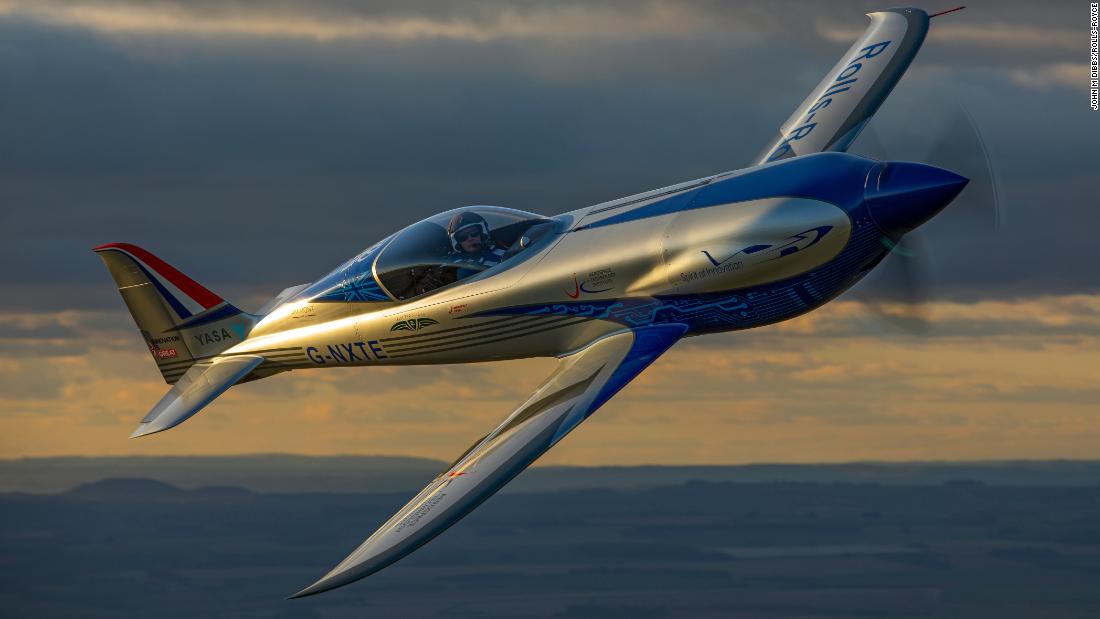 British aero engine manufacturer Rolls-Royce says it has developed the "world's fastest all-electric aircraft," according to a statement from the company.

The aircraft -- dubbed the "Spirit of Innovation" -- attained a maximum speed of 387.4 mph (623km/h) in flight, which Rolls-Royce said it believed makes it "the world's fastest all-electric vehicle."

Rolls-Royce said in a press statement the Spirit of Innovation set three world records in total, including reaching 345.4 mph over 1.86 miles on 16 November.

The company also said the vehicle achieved the fastest time to ascend 3000 meters by one minute, with a time of 202 seconds.

The aircraft flew 300 mph over 9.32 miles in Wiltshire at the UK Ministry of Defence's military aircraft testing site, which is 182 mph quicker than the previous record, the statement said.

The figures have been presented to the sport's global governing body Fédération Aéronautique Internationale (FIA) for verification.

Assembled as part of the Accelerating the Electrification of Flight (ACCEL) project, and funded by the Aerospace Technology Institute (ATI), the Department for Business, Energy & Industrial Strategy and Innovate UK, the aircraft runs on a 400kW electric powertrain. 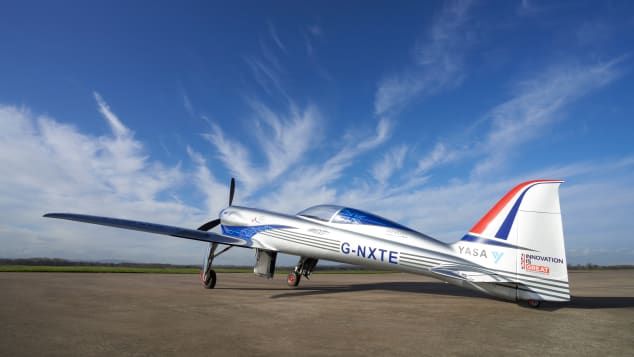 The aircraft uses a 400kW electric powertrain, and the most power-dense propulsion battery pack ever constructed in aerospace, according to Rolls-Royce.

It also uses the most power-dense propulsion battery pack ever constructed in aerospace, according to Rolls-Royce.

Test pilot and Rolls-Royce director of flight operations Phil O'Dell, who accomplished the top speed, said "this is the highlight of my career and is an incredible achievement for the whole team."

"Staking the claim for the all-electric world-speed record is a fantastic achievement for the ACCEL team and Rolls-Royce," said the company's CEO Warren East.

"Following the world's focus on the need for action at COP26, this is another milestone that will help make 'jet zero' a reality and supports our ambitions to deliver the technology breakthroughs society needs to decarbonise transport across air, land and sea," East added.

UK business secretary Kwasi Kwarteng said the aircraft "will show the potential of electric flight and help to unlock the technologies that could make it part of everyday life."

"The government is proud to back projects like this to leverage the private investment necessary to unlock cleaner, greener aircraft which will allow people to fly as they do now, but in a way that cuts emissions," Kwarteng added.