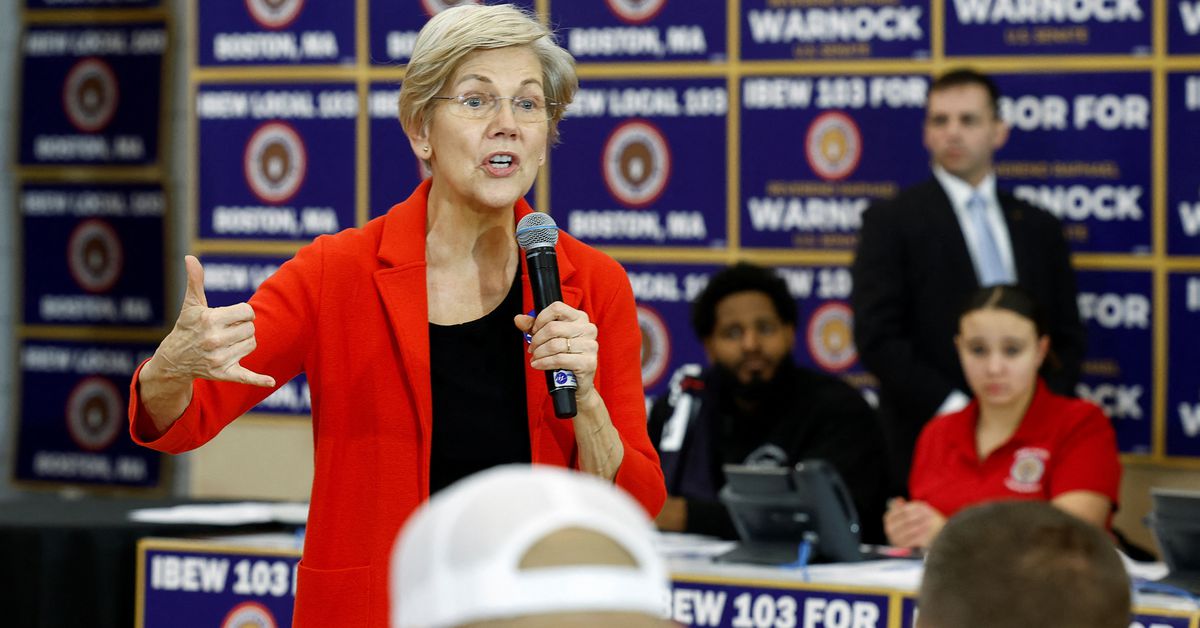 Senator Elizabeth Warren, a longtime critic of Tesla Inc (TSLA.O) boss Elon Musk, on Monday raised concerns that the automaker's board had failed to address the risks posed by his role as CEO of Twitter.

Musk's $44 billion takeover of the social media platform in October has been marked by chaos and controversy, with even Tesla bulls questioning if he is too distracted to properly run the EV maker, where he is personally involved in production and engineering.
Investors have urged Musk to step down as Twitter CEO and punished Tesla stock, which is down nearly 60% this year and hit a fresh two-year low on Monday.

Warren, a progressive Democrat who has previously clashed with Musk over her calls for billionaires to pay more taxes, said that a company's board was responsible for ensuring that its controlling shareholder did not treat it "as a private plaything."

"The first weeks of Mr. Musk's Twitter ownership have raised questions about possible violations of securities or other laws, including whether Mr. Musk is funneling Tesla resources into Twitter," she said in a letter to Tesla's board chair, Robyn Denholm.

James Murdoch, a Tesla director, testified in court last month that the company's audit committee discussed Musk's deployment of Tesla engineers at Twitter, saying this should not take away from their work at the car maker. 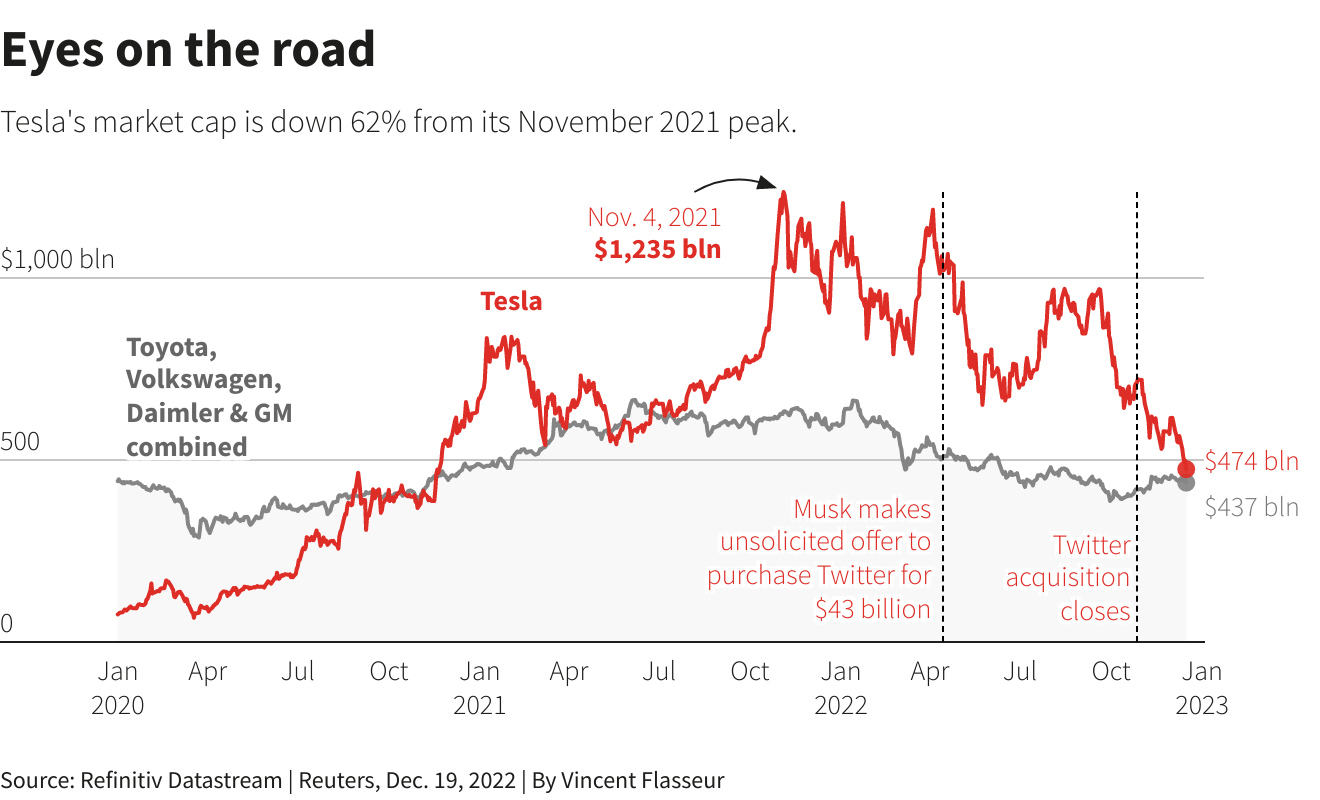 Musk himself has sold $40 billion in Tesla stock this year, further frustrating investors.

Musk himself has mulled leaving the top job at Twitter. On a Twitter poll from Musk on Sunday asking whether he should step down as Twitter CEO, 57.5% of 17.5 million people voted "yes." He had said on Sunday he would abide by the results of the poll. He did not provide details on when he would step down if results said he should.

Musk has said that there is no successor yet.

Gary Black, a Tesla investor, warned on Monday that things wouldn't improve until Twitter appointed a credible CEO and its finances recovered so that Musk didn't have to keep selling his Tesla shares to fund it.

Warren, who has demanded a response from the Tesla board by Jan. 3, said Musk had not explained how he is managing conflicts of interest between his roles at the two companies as Twitter relied on advertising revenue from Tesla's rival automakers.

Ross Gerber, CEO of Gerber Kawasaki Wealth & Investment Management and a big Tesla bull, said last week that he would run for Tesla board and had notified Tesla.

"I work with maybe a thousand investors ... Seeing the pain everybody is going through, the disappointment with Elon, unhappiness, it was just like the time for somebody to stand up and say what needs to be said," he told Reuters.

Leo KoGuan, a major individual Tesla shareholder, wrote on Twitter earlier that Musk had "abandoned Tesla and Tesla has no working CEO."

"The whole situation is just weird, and weird is being kind," said Matthew Tuttle, CEO of Tuttle Capital Management.

"If I was a long term investor I would stay away, you never know what Elon is going to do, he said.