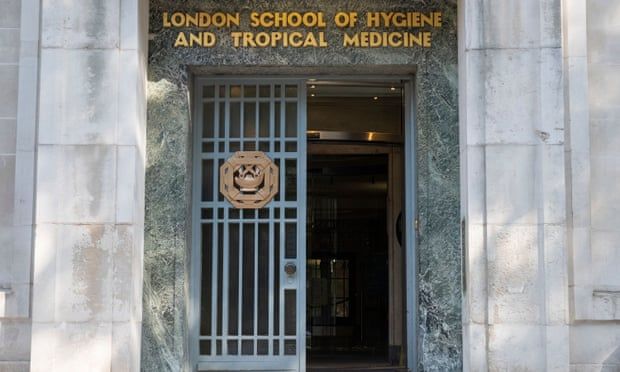 Though the LSHTM has a higher proportion of staff of colour than the UK sector average, they are under-represented at senior levels, have less success at promotions, and are more likely to be on short-term and fixed-term contracts than their white peers, the review found.

Over the past two years the LSHTM has enjoyed a high-profile role in the global battle against the Covid pandemic. Among its many notable alumni is Chris Whitty, the chief medical officer for England.

The damning review, published on Monday, found however that the culture and practices at the university “still too often disadvantage people of colour”, that the curriculum is Eurocentric, and that the leadership has been too slow to act on issues of colonialism and racism.

It found staff and students of colour feel “unsupported” when experiencing or trying to address racist behaviours and “do not have equitable experiences or opportunities to progress at LSHTM”. It also said “behaviours” by senior staff had gone unaddressed because of their “influence” in the institution.

The university council commissioned the review last year to look into racism and inequality at the university in response to the Black Lives Matter movement and concerns raised by the institution’s own students and staff.

The report highlighted the LSHTM’s well-documented colonial history. It was founded by the UK government’s colonial office and its current success as a leader in global health and research, the report said, can be attributed in part to its role in British colonialism.

“Many staff have dedicated their lives to advancing public health globally and LSHTM’s world-leading research has benefited a great many people worldwide, but the colonial attitudes inherent in LSHTM’s historical mission negatively impact students and staff of colour today,” the report said.

The university has made a series of recommendations aimed at strengthening leadership, changing culture and behaviours, improving outcomes and experiences for staff and students of colour and improving the complaints and reporting processes.

Liam Smeeth, who took over as LSHTM director in August, said: “This independent review found evidence of racism and inequalities which point to deeper, more structural problems within LSHTM that have negatively impacted the experiences of those within our organisation.

“We understand that these experiences have had very real and painful human consequences. We deeply regret this and apologise sincerely to everyone affected. While the conclusions of the review are difficult to confront, facing up to them is an essential step towards creating an environment where everyone’s contributions and perspectives are valued. We are determined to do better.

“We are committed to LSHTM being a place of anti-racist education, employment, research and partnerships. Racism has no place in our school or society, and will not be tolerated at LSHTM.”

Dr Mishal Khan, associate professor of health policy and systems research and a member of the governing body that commissioned the review, added: “The report makes for painful reading, but I see it as a positive that LSHTM’s governing council had the foresight to commission such an independent review and unanimously accept the findings. There is a lot of work to do.”
#Covid