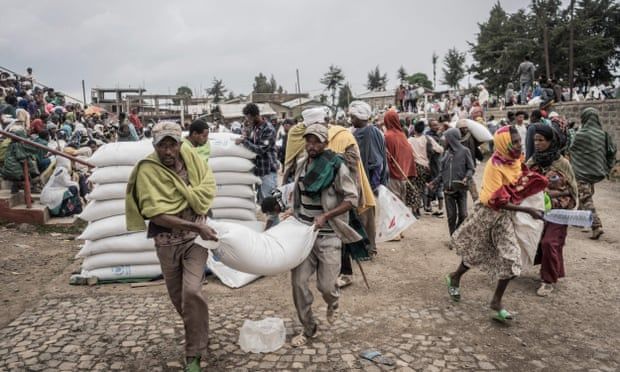 ‘Take from the hungry -not from the rich- to feed the starving’: UN faces awful dilemma

Agencies forced to cut back aid in Yemen, Afghanistan, South Sudan and Ethiopia despite growing need as funds go to Ukraine

Russia’s invasion of Ukraine has put huge pressure on an already shrinking pot of international aid.

Aid agencies working in countries with the most pressing emergencies, including Yemen, Afghanistan, South Sudan and Ethiopia, are facing difficult decisions on how to spend their money.

Commenting on Yemen recently, the chief executive of the World Food Programme (WFP), David Beasley, said: “We have no choice but to take food from the hungry to feed the starving.” 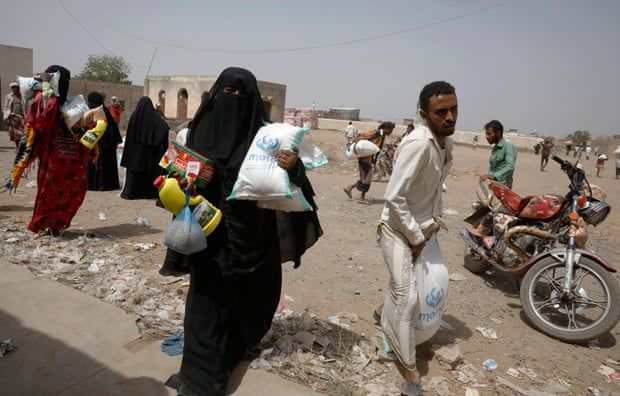 Needs in Yemen are increasing after seven years of war, an accompanying economic crisis that has forced many people into debt and the added threat of desert locusts destroying crops.

The victims of Yemen’s war and those of other humanitarian crises fuelled by conflicts and climate disasters have continued to suffer during the pandemic, but spending from international donors has been cut. This has forced humanitarians to scale back on what they provide, including food rations, and it is feared worse is to come.

On Wednesday, donors pledged $1.3bn for Yemen, but this was $3bn short of the $4.3bn the UN says is required.

An estimated 31,000 people are facing catastrophic levels of hunger, according to the IPC scale used by humanitarians. That number could rise to 161,000 by June.

The UN food agency has already reduced rations for 8 million people but with the number of those most desperately in need still growing, and aid still lacking, it has warned of further cuts. 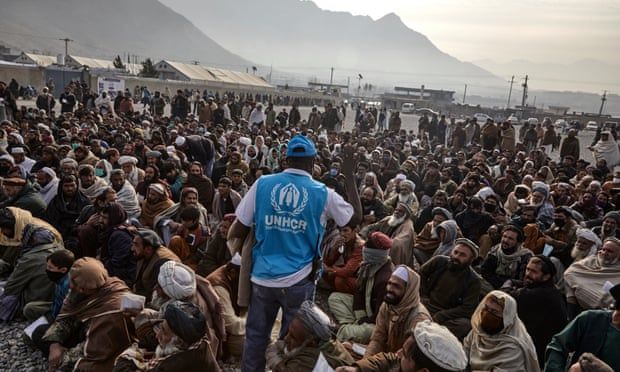 The freezing of development aid to Afghanistan since the Taliban’s takeover last year has plunged an already aid-reliant economy into a desperate humanitarian crisis. Half the population is facing food insecurity – among them 8.7 million people at risk of “famine-like” conditions.

But the UN $4.44bn appeal has only been 13% funded since launching in January. WFP alone is running $525m short of the funding it urgently requires to meet hunger needs for the next six months.

Most of the country is in debt, according to the UN, and 95% of families do not eat enough. Almost every female-headed household does not have enough food. 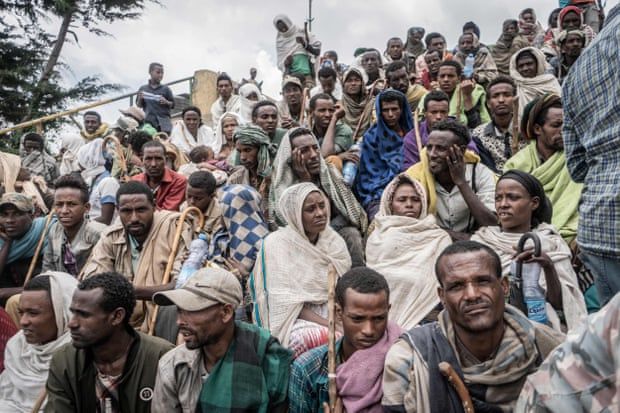 People who fled the war in Tigray await food from the WFP in a camp for internally displaced people in Debark, Ethiopia, September 2021.

The fighting in and around Tigray in northern Ethiopia has displaced more than 2 million people. The UN is more than $300m short of its $957m funding target.

The situation has been complicated by the difficulties aid agencies face in accessing displacement camps because of continued fighting.

Most families in Tigray do not have enough food, the UN says, and are coping by reducing meals, selling crops to pay debts or begging. There are 454,000 malnourished children in the region – more than a quarter of them severely – and 120,000 malnourished women who are pregnant or lactating. 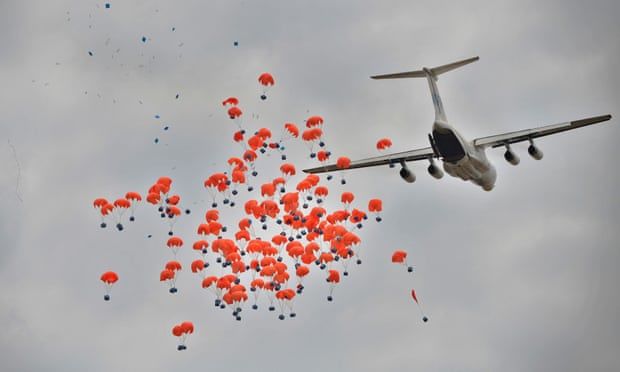 A World Food Programme aircraft makes a drop of food aid near a village in Ayod county, South Sudan.

South Sudan is facing its worst ever hunger crisis, according to the UN. It has warned that 70% of people will struggle to get through the coming lean period as supplies dry up. An estimated 8.9 million people, of a population of 11.4m, already require aid. But funding for South Sudan is $529m short.

The lean period is followed by a flood season, which over recent years has been extreme and extended, limiting the movement of communities and humanitarian agencies. The situation has been compounded by conflict in the country. Communities have resorted to fending for themselves, including looting aid supplies and attacking aid workers.