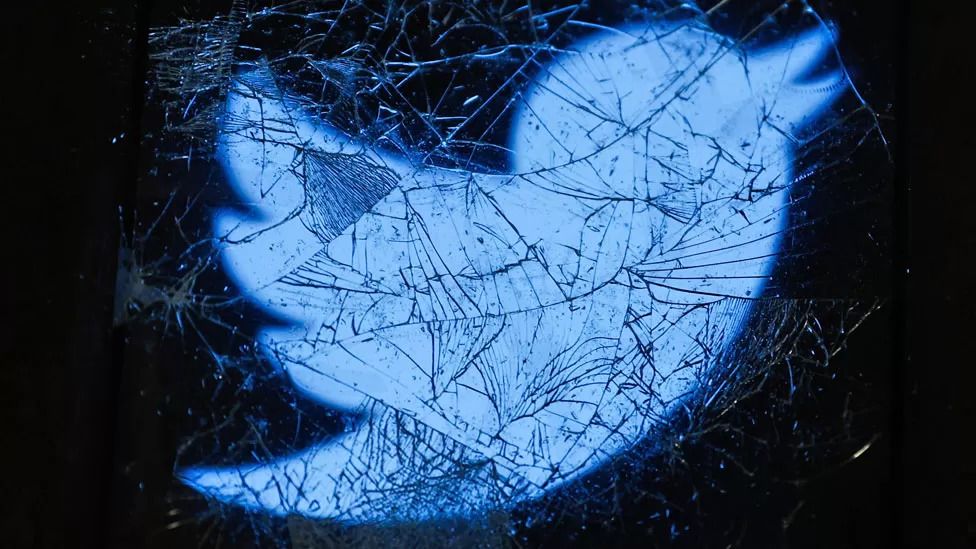 Elon Musk has a reputation for being an erratic, but brilliant business leader. In his first 10 days as Twitter boss, we have seen more of the former than the latter.

Twitter has long been thought of by Silicon Valley investors as poorly run - but with bags of potential.

Mr Musk enticed his rich friends to invest with an argument that Twitter - in the hands of someone who knew what they were doing - could be great. Free speech would abound and profits would follow.

But the first 10 days as boss has exposed Mr Musk's lack of experience at running a social media company.

It was all smiles when he took over, tweeting: "The Bird is Freed."

However, Mr Musk's initial set of policies seemed at odds with his utterances in the summer.

Whereas he had said he was a "free speech absolutist" and Donald Trump would be allowed on to the platform - he now argued that a "council" would be set up full of "diverse" voices to decide on controversial moderation decisions and permanent suspensions.

Mr Musk was announcing a policy that looked very similar to Facebook's - which has an "oversight board" for these issues.

He also said in the short term that moderation policy would not be altered.

But he did announce one big change - to Twitter's verification system.

The platform will charge users who want a blue tick verified account $8 (£7) a month, after initial reports of a $20 monthly fee were met with complaints by some celebrities, including author Stephen King.

This price reduction may have already been decided, but it gave the impression that the pricing had not been thought through, and that famous users were dictating the policy.

There were other criticisms too.

The policy was due to be implemented in a few days. Anyone could pay to get verified and not only would they receive a blue tick, but they would also have priority in replies, mentions and search. In other words, accounts could now pay for prestige - and to be amplified on the platform.

The policy announcement instantly raised questions about authenticity and fairness. Content would now float above others because the user had paid their monthly sub.

Mr Musk said his policy was a way of addressing Twitter's bot problem. Mass verification would weed out spam accounts. But this was also about money - he believes a subscription model for Twitter is a route to profit.

Others raised questions about what opening up the verification process would do to the spread of disinformation.

With verification open to anyone, how would Twitter be able to confirm everyone was who they said they were?

With the US midterms around the corner, some worried that people could pretend to be election co-ordinators or journalists, and spread voter disinformation.

It seemed obvious that a lot of human resources would be needed to adequately verify the expected flood of new accounts. with any of Twitter's 300 million daily active users able to apply.

During his first week, Mr Musk had reportedly asked managers to draw up lists of employees to release.

On Thursday - fewer than seven days after Mr Musk officially bought the company - staff were emailed saying their jobs were under threat. About half of Twitter's 7,500 employees were then released.

That huge cull in staff raised more than a few eyebrows. Why pay $44bn for a company and then sack half the staff?

The timing also seemed strange - how had an appraisal of who to fire been drawn up so fast?

Employees were told that they would receive an email by 16:00 GMT on Friday for official confirmation, but for many it never arrived.

Twitter's offices were reportedly locked to all employees, except for those in mission-critical jobs. Staff were locked out of their accounts en masse. Few knew what was going on.

Instantly, questions were raised about moderation. How could Twitter take down disinformation and hate speech on its platform with so many staff released?

On Friday evening, Twitter's head of integrity, Yoel Roth, tweeted that although half of the company had been sacked, those employed in front-line moderation had experienced "the least impact".

Even so, how could Twitter usher in an unprecedented policy change of its verified accounts structure in such a state of flux?

On Saturday it was announced that the new verification process was to go ahead - anyone could apply to get a blue tick.

But then reports from The New York Times suggested that the process had been delayed - until after the midterms.

It appeared Twitter recognised that bringing in such a consequential policy change - so close to key elections - could cause havoc.

And then on Sunday, Bloomberg reported Twitter was now asking some fired workers to come back - that it had been a mistake to let some of them go.

It has been hard to follow at times - and we are only 10 days in. But the chaos does suggest that if Mr Musk did have a short-term strategy for how to change Twitter, it is not going exactly to plan.