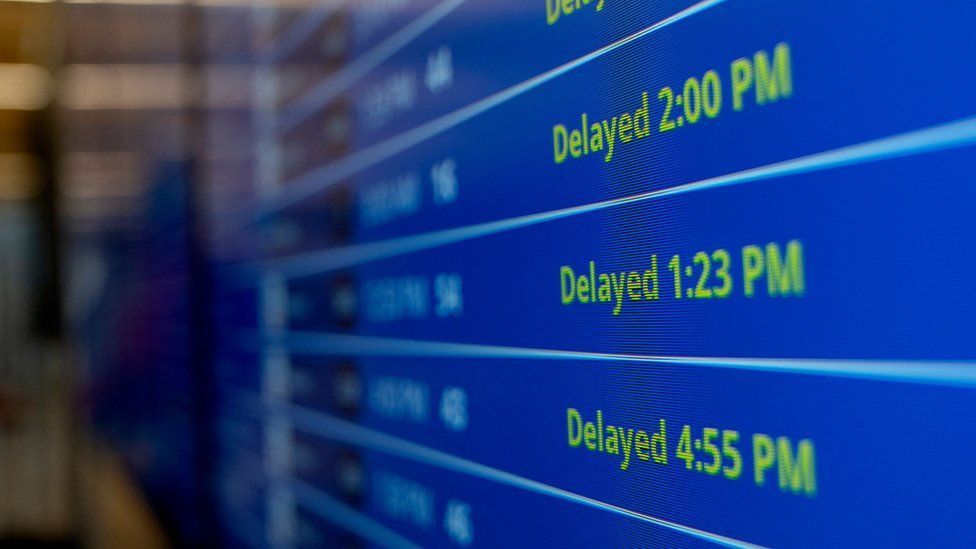 Air travel comes with many annoyances, and one of the biggest is flight delays.

You are sat in the departure lounge, growing ever more frustrated and checking the flight information display every minute for your late departure.

When the board finally tells you the gate number, it can be a 15-minute walk away. And then you may face an additional wait before you can board.

Delayed flights remain a common problem on both sides of the Atlantic. Official figures show 11% of UK flights were delayed in the second quarter of last year, while 16% of US flights took off late in 2021 as a whole.

There are often multiple reasons behind delays but could include ground crews running late with aircraft refuelling, the airport struggling to deal with the sheer volume of passengers or having to wait for the pilots, or bad weather.

One strategy to reduce delays is the increased use of high-tech monitoring technology, to help airports and airlines run more efficiently.

Israeli startup, IntellAct, is one such provider. The company says most departure delays are within an airline's control and many stem from so-called turnaround services - the aircraft being cleaned, refuelled and restocked, or luggage being removed and loaded. 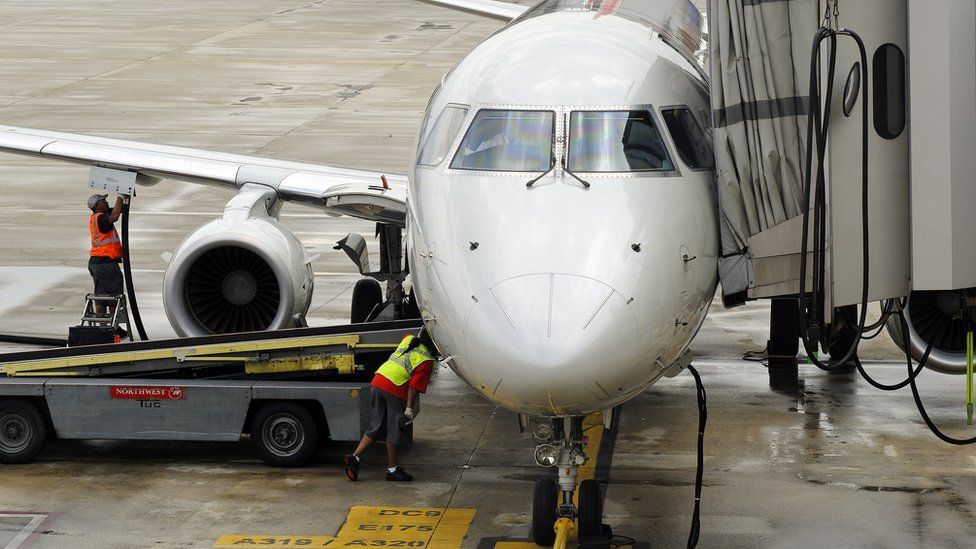 It can then highlight the problem to airport staff or ground crew and suggest a mitigation plan in real time. For example, if a fuel truck arrives late, IntellAct can detect this and recommend 'parallel boarding'. This is where passengers board while the aircraft is being fuelled - it requires a fire engine to be present as a safety precaution.

"The idea came while I was visiting a European airport that suffered from a low number of movements [flights] and was interested in increasing the volume, and hence the number of passengers in its airport," says IntellAct chief executive Udi Segall.

"And that is the origin of the idea to build an AI-based solution to monitor turnaround services." 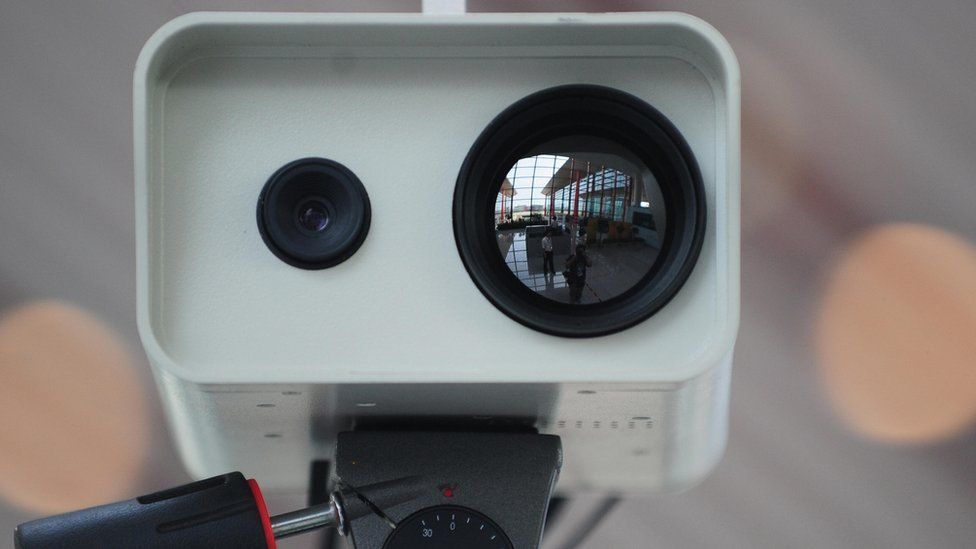 IntellAct says its system is currently being evaluated by a number of airports in Europe, Asia and the Middle East - and that preliminary tests conducted by Israeli carrier, El Al, at the country's Ben Gurion Airport showed it could potentially cut turnaround times by 15%.

"Monitoring how often employees take breaks, how fast they work and incentivising them to work as fast as possible is stressful and dehumanising," she says.

"In fact, a stressful work environment is more likely to lead to mistakes, oversights or accidents. And this is particularly problematic in air traffic where the stakes are so high."

When it comes to getting passengers through airports more quickly, travel industry expert, Paul Charles, says the pandemic has "brought us forward by around three years in terms of new technology" that can help do this.

He points out how Covid has made many of us more comfortable using our mobile phones not just for tickets, but to show personal information.

"Airlines are relying on more apps to display information, such as which gate your flight is departing from," says Mr Charles, who is chief executive of PC Agency. He adds that governments requiring proof of vaccination status has "sped up the adoption of digital certificates on smartphones", for example.

"As a result, consumers seem to have less fear of showing such proof electronically, with their personal details, than they had before the pandemic."

This will speed up the adoption of mobile phones ultimately replacing our national passports - not just any Covid documents, he predicts.

"Paperwork will disappear and our smartphones will ultimately become our passports. Digital certificates will be downloaded onto the phone, and smart cameras will 'read' the phone as you walk past."

If this all sounds terribly futuristic and a bit worrying, one US airline has already gone one stage further. Since last year, Delta has been trialling a scheme at Detroit and Atlanta international airports whereby your face is your passport, as Forbes first reported.

Open to members of Delta's SkyMiles loyalty programme, who have also signed up to the US Transportation Security Administration's (TSA) pre-check scheme, you just have to look at a screen when you check-in, drop off your bags, go through security and board the aircraft. It matches your face to the photo and passport details stored on your TSA file. 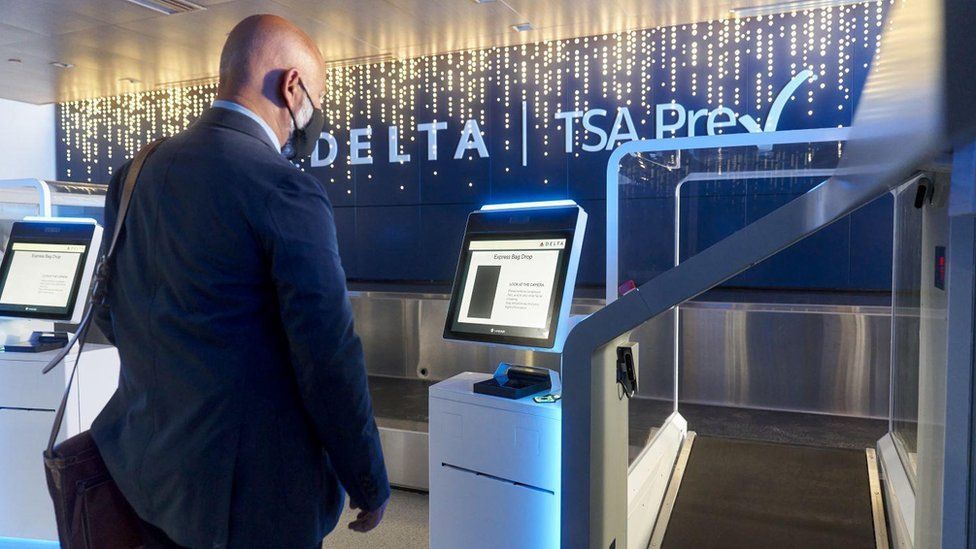 The Delta "digital identity experience" trial is due to run until this summer. The technology has been developed by Virginia-based tech firm Pangiam, which says its aim is to allow "frictionless curb-to-gate passenger experiences".

Delta's vice president of brand experience design Byron Merritt says it wants to make important parts of your journey - like security and check-in - a seamless experience.

"Innovations like digital identity are implemented with the intention to transform the travel experience into a journey our customers can truly look forward to."

Yet Prof Wachter says such technology raises important privacy issues that need to be debated.

"The algorithm is quickly checking your passport against a database," says Prof Wachter. "But having a database with very detailed information, including biometric data, causes risks. What is this data used for? Who has access to this data? Will this data be shared with third parties?

"Is boarding a plane a couple minutes quicker worth paying [for] with your privacy?"