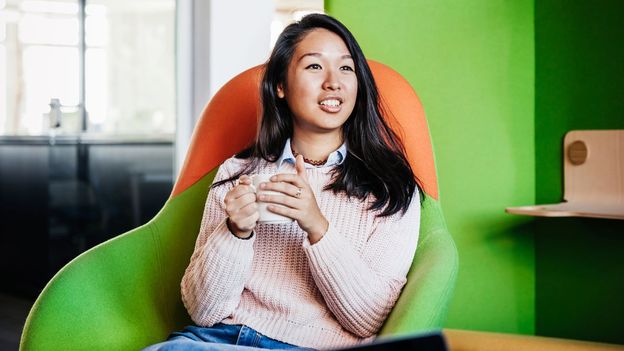 Companies in some sectors are handing interns massive pay packets as they try to lure the best graduates.

For many workers, an internship means doing menial tasks like restocking office supplies for minimum wage. But for others, it means making more than $8,000 (£6,400) a month at companies such as Uber and Amazon.

That's according to an annual survey released by job-reviews site Glassdoor in April 2022, which tracks the top 25 best-paying internships in the US – internships which, if held for a year, far outstrip the average annual wage for an American worker. The list’s top firm – gaming company Roblox – pays interns a dizzying monthly median of $9,667. Other entrants, like Microsoft, Deutsche Bank and eBay, all send their interns home with around $7,000 each month. Glassdoor has been tracking the highest-paid internships since 2017, and has seen the numbers go up every year.

These wages may leave many people who've worked full-time for decades speechless, but the sky-high numbers could be yet another sign of how the workforce has been changing since the pandemic began. The numbers reflect how, recently, companies are more eager than ever to scoop up talent as fast as possible – even if those workers are at the earliest stages of their career.

There are many reasons why some interns are making more than what a typical worker makes in a year – but those reasons shouldn't be a shock, says Lauren Thomas, economist and data scientist at Glassdoor, who worked on the internship survey.

"It's absolutely a reflection of what those interns would earn later on," she says. An intern making $8,000 a month at a tech or finance company is earning a wage that's likely not too far from what their starting salary at the same company would be. In fact, enticing interns to stick around is why companies are throwing so much money at them, explains Thomas.

"A lot of companies use these internship programmes as a pipeline, and they'll hire those interns on full-time," she says. That's especially the case during the pandemic, as we're in "a historically tight job market for employers – which means employees have more choice than usual". That extra options extend to interns, too, since many companies want to keep them amid a workforce-wide war for talent.

Many of these lucrative internships are in tech and finance. Two years ago, says Thomas, tech internships only made up less than half the internships on the best-paying list; today, Silicon Valley companies makes up 68%. "A lot of businesses have had to move their operations and daily activities online, which means that tech [skills] are in even higher demand than they were before," says Thomas. Yet firms in other fields – energy and manufacturing, for example – also pay interns well, and fight to keep them.

This means many big firms are trying to lure workers, even at the most nascent stage of their careers. "It's a little sample: 'If you work here, this is what you're going to make. This is the quality of life you can expect'," says Ron Delfine, director of career services at Carnegie Mellon University's Heinz College of Information and Public Policy, US. He says many of his university's students intern at firms on the Glassdoor list, and he estimates over half of his university's interns end up with job offers. Paying interns well is an investment, he says, that could save the company money on recruiting and onboarding down the road, while also securing top talent.

Lucrative gigs limited to a few?

While top universities are one source of these highly-paid interns, experts say accessing a lucrative internship doesn't necessarily hinge on going to an elite school, being enrolled in a particular academic programme or having connections to hiring managers. Right now, recruiters are emphasising a candidate's skills over pedigree or background, especially since many companies want to use internships to identify full-time hires.

Plus, remote work has made top-end internships more available to workers from more diverse social and financial backgrounds – people who perhaps couldn't afford to move to expensive urban hubs for their dream internship. "The good news is many of these high-paying internships are still hiring remotely, so candidates across the country – not just in major metros in San Francisco or New York – have the opportunity to be considered," says Thomas.

Additionally, Thomas notes, these days there are better options for students who aren’t targeting finance or tech jobs. While the highest-paying internships are clustered in particular sectors, for students it is not a question of earning $8,000 a month or nothing – there are plenty of options in between, and in all types of sectors. 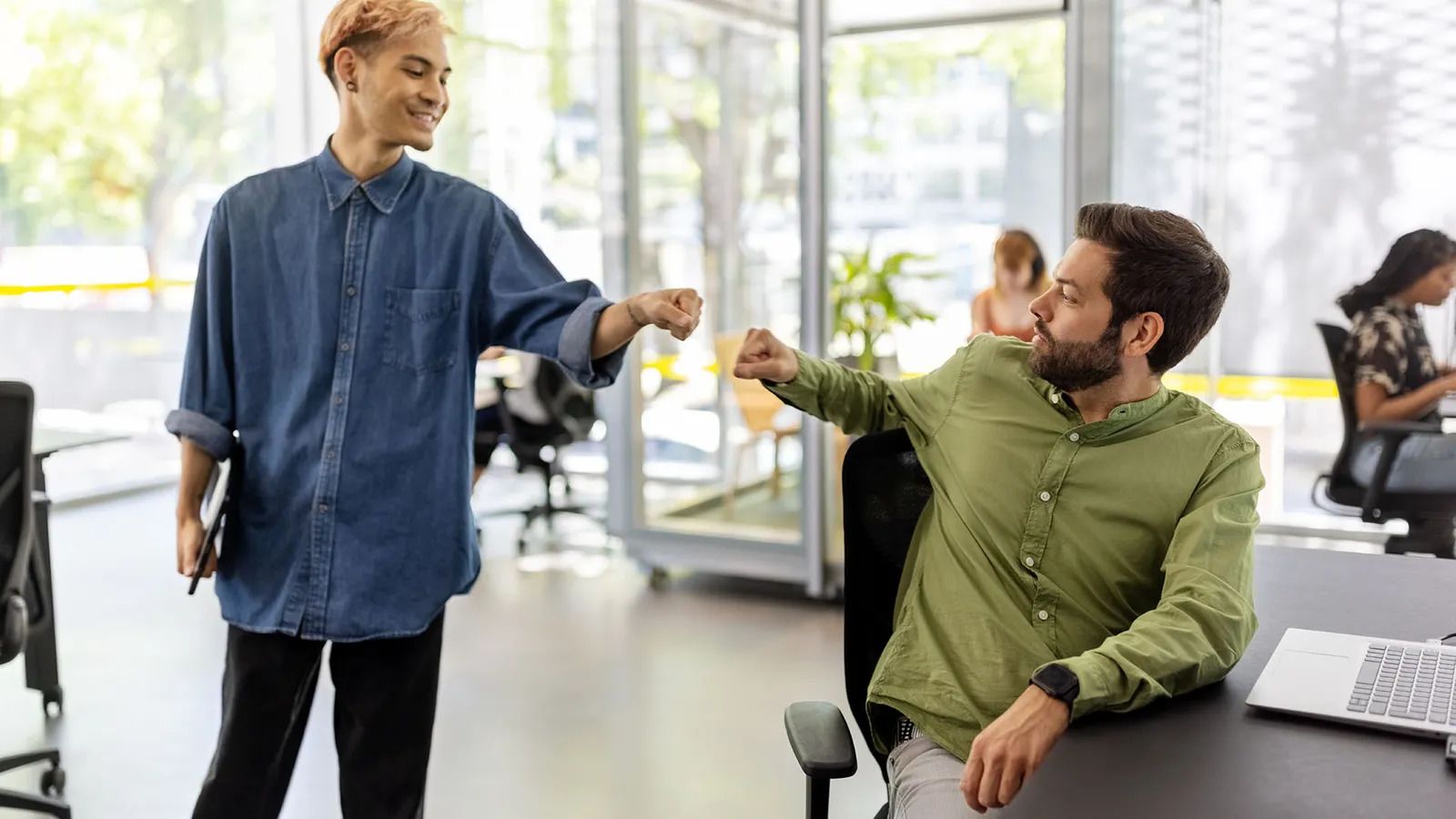 Experts say that, in today's environment, workers – including interns – should be more aware than ever of their own worth

A 2021 survey by the National Association of College and Employers (Nace) in the US of 267 large corporations found that, across the board, intern pay is going up (and has been for close to a decade) in all sorts of sectors, including transport, insurance, retail management and food services. Nace’s research found that the average hourly wage in summer 2020 for paid interns at these companies was $20.76, up $1.22 from the previous year – the highest wage on record. That's over $3,300 a month; if a worker were paid that much for an entire year, their salary would be nearly $40,000, which is still higher than the individual wage of half the US population.

What it means for the future

Yet despite intern wages ticking up across many sectors, interns in other sectors – like creative or charitable sectors – might still be working for free.

In fact, according to 2018 data, over 40% of internships in the US don't pay at all, a long-standing trend especially rampant in fields such as non-profits, government or the arts. Good levels of intern pay may have become the norm in traditionally well-salaried sectors like banks, consulting and tech, but that “does not necessarily signal normalisation of [high-paid] internships in arts, sports, media or other industries", says Heather Byrne, managing director of the Career Development Office at the Ross School of Business, University of Michigan, US.

There are signs of change. Public resentment over unpaid internships has been growing significantly in recent years, with some former interns successfully suing past employers over exploitation claims in a recent slew of high-profile lawsuits. Plus, since the pandemic and resultant labour shortages hit, employers are increasingly aware that skilled people are steering well clear of poorly remunerated work.

“In my HR experience, employers are realising that individuals do not have the ability to work for free in this current climate,” says Yvette Lee, knowledge advisor at the US-based Society for Human Resource Management (Shrm). "It’s increasingly more challenging to attract talent if individuals must sacrifice their financial security to gain experience."

In the future, then, it might be that decently-paid interns are the norm, not the exception – especially since interns can bring so much to a team, says Delfine. It may not translate to thousands of dollars a month for everyone, but it might be more, on average, than what it is now. "I'm just hoping people realise what the value of interns is, because interns can make an impact and let you explore new ways to do business," he says.

Often, companies try to convince interns they're there for the experience, and should be grateful just for the learning opportunity. But in the post-pandemic labour market, interns should feel more confident to find an internship that recognises the skills and ideas they bring to the table.

"This list should empower people to get the most out of their internships," says Thomas. "There are a lot of companies out there that do pay well, and that do treat their workers well – especially in a market like this one."