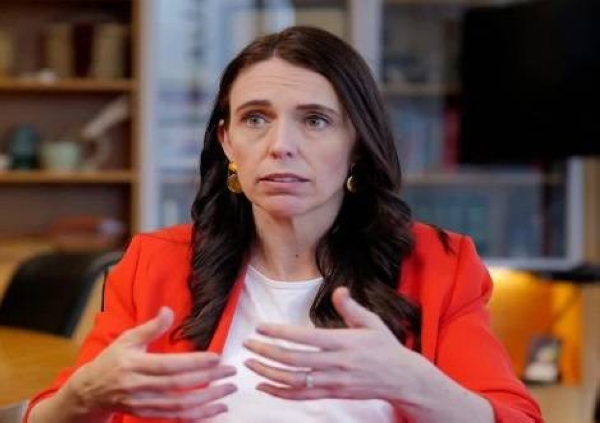 A signed copy of a transcript of New Zealand Prime Minister Jacinda Ardern insulting an opposition leader has sold for more than NZ$100,000 ($63,200).
The offensive comment was picked up by microphones following a heated exchange with ACT party leader David Seymour.

The PM thanked everyone who bid after the charity auction ended on Thursday.

During a lively parliamentary debate last week, Ms Ardern took issue when Mr Seymour, leader of the right-wing libertarian ACT party, asked her to give an example of her "making a mistake, apologising for it properly, and fixing it".

Ms Ardern defended her Labour government's record before sitting down and quietly muttering: "Such an arrogant prick."

The remark was picked up by her microphone and preserved in the official parliamentary record, Hansard, after Mr Seymour asked for an apology.

But the pair, normally at odds with each other politically, decided to turn the affair into something positive. Both signed a copy of a transcript of the official parliamentary record which included the comment before it was framed and auctioned online.

Julian Shorten told 1News he was happy with his purchase and said: "This is a moment in New Zealand political history."

In a statement, Mr Seymour said: "The interest was greater than anyone dreamed.

"When I suggested this to her, she immediately agreed," he added. "I have been blown away by the kindness of bidders who are helping pricks everywhere with their generosity."

"Can't say I expected this," Ms Ardern posted on Facebook before thanking Mr Seymour for "being a good sport".

Ms Ardern's Labour Party won a landslide victory in the country's general election in 2020 and the prime minister has enjoyed high approval ratings for much of her two terms in office.

But with New Zealand expected to go to the polls in late 2023, Ms Ardern is coming under increasing pressure. Latest opinion polls have her Labour Party trailing the main opposition National Party.
#Facebook