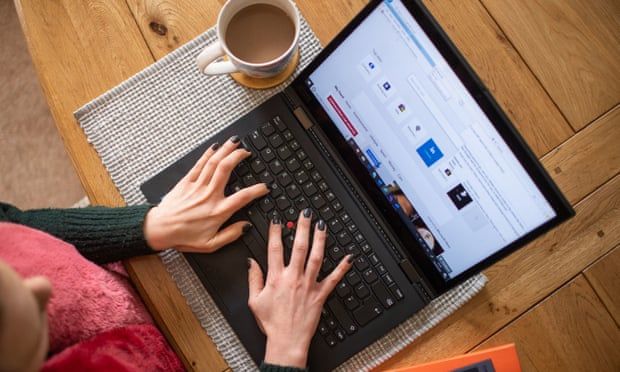 The UK government has been accused of waging a secret war against transparency, using an array of tactics to block the release of information to the public.

In a report published on Monday, the investigative journalism website openDemocracy alleged that last year was the worst year for transparency since the Freedom of Information Act came into force in 2005.

It highlighted the government’s own figures that show that in 2020, 41% of freedom of information requests by the public to central government departments were granted in full. Government statisticians acknowledge that “this is the lowest figure since recording started in 2005”.

However, an analysis of the government’s annual reports on the Freedom of Information Act shows a consistent fall in the number of requests being granted in full over the last decade. This is also acknowledged by government statisticians who describe what they call either a “downward” or “decreasing” trend. 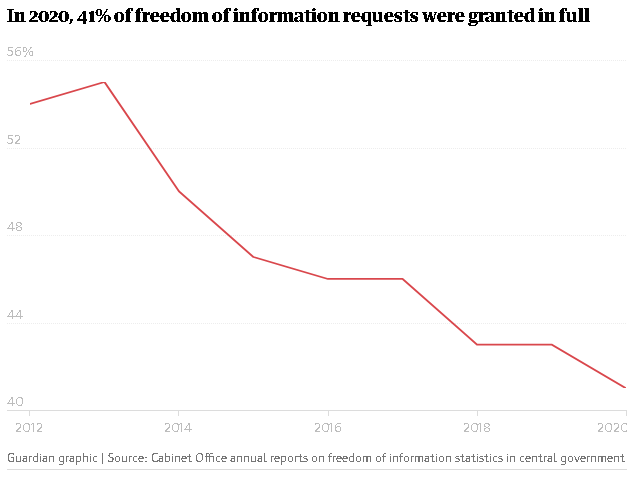 The Cabinet Office disputed whether this measurement was an accurate way of assessing the level of transparency within Whitehall, arguing that some requests would always be rejected in full because they concerned sensitive areas such as the working of cabinet committees.

The report by openDemocracy comes amid sustained criticism that the government is unjustly blocking the release of information to members of the public who seek to scrutinise the work of official organisations.

In February, national newspaper editors called on the government to protect the act, which gives the public a legal right to request information from public bodies.

In its report, openDemocracy highlights how MPs are being blocked from accessing information. The Conservative MP David Davis unsuccessfully sought details of opinion polls commissioned by the government that could give ministers a political advantage.

Davis said: “When Whitehall is this desperate to avoid publishing the information, the question has to be asked what decisions are they trying to prevent the public from knowing about?”

Peter Geoghegan, openDemocracy’s editor, said: “The UK government is waging a secret war against freedom of information. And it is winning. This concerns us all because government secrecy is toxic. If left unchecked, it can conceal incompetence and corruption.”

OpenDemocracy’s report accuses the government of exploiting a series of loopholes to delay the public’s access to information, or stonewalling requesters by failing to answer.

Public bodies are entitled to request more time to consider whether to release information. But openDemocracy said evidence suggested that this was often used simply to delay responses to sensitive requests.

OpenDemocracy also said emails had shown that political advisers working for ministers were vetting requests before decisions were made on whether to release information.

A Cabinet Office spokesperson said: “This report is complete nonsense. It shows a total misunderstanding of the FoI Act and government processes, while misleading readers with outdated statistics.

“As the public would expect, during 2020 government departments were dealing with an unprecedented pandemic. The focus was on saving lives and the NHS, and as the independent Information Commissioner’s Office recognised, this left fewer resources available to deal with FoI requests.”