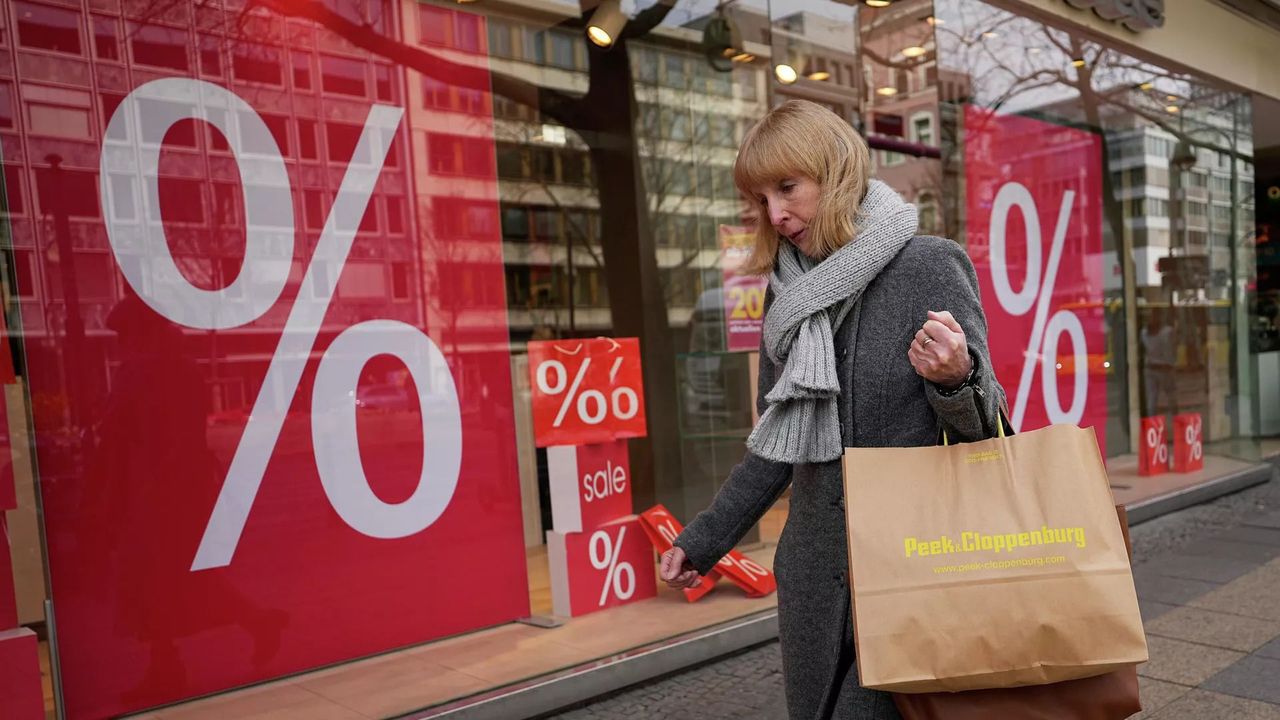 The dual effects of the COVID-19 pandemic and the energy crisis caused by sanctions on Russia have rattled consumer confidence and sent inflation soaring — prompting a wave of strikes over pay that have further hit the retail and hospitality sectors.
British families have seen their standard of living fall for a fourth quarter in a row as double-digit inflation cuts into their spending power.

New figures from the UK's Office for National Statistics (ONS) released on Thursday said disposable income had fallen by an average 0.5 per cent in the July-September period — while real-terms incomes had fallen by 3.1 per cent compared to a year earlier.

The Office for Budget Responsibility (OBR), which advises the treasury and the chancellor of the exchequer, has predicted earnings will be eroded by seven per cent over two years to the first quarter of 2024, which would effectively turn the clock back a decade on spending power.

At the same time, Gross Domestic Product (GDP) fell by 0.3 per cent quarter-on-quarter, slightly more than the predicted 0.2 per cent drop.

Overall, the ONS said the economy had shrunk by 0.8 per cent compared to before the pandemic — twice the previous estimate of 0.4 per cent.

Thomas Pugh, an economist at the audit, tax and consulting firm RSM UK, said the economic slump could be worse than that during the early-90s global downturn.

""The UK is almost certainly already in a year-long recession that may prove to be deeper than that experienced in the early 1990s," Pugh said. "The squeeze on household real incomes will intensify as rising interest rates join soaring inflation."

Inflation, fuelled by a combination of fiscal easing during the COVID-19 pandemic lockdown slump and the energy crisis caused by Western sanctions on Russia, is currently running at their highest in over 40 years.

The Consumer Price Index (CPI) rate was 10.7 per cent year-on-year in November, down from 11.1 per cent the previous month. When housing costing costs were factored in, the rate was 9.3 per cent, down from 9.6 per cent in October.

That has provoked a wave of strikes across multiple sectors of the economy, from transport and post to dockworkers, now joined by nurses and ambulance staff in the last week before Christmas — seriously affecting retail and hospitality business.

Trade union members have rejected pay offers of around five per cent as an effective wage cut, while state and private-sector employers insist they cannot afford more.

Consumer spending also fell in the third quarter, by 1.1 per cent. Business investment was down by 2.5 per cent, far more than expected.

On the plus side, the number of people aged 16 to 64 in employment rose slightly on the same time last year, to 75.6 per cent — although that figure includes part-time and zero-hours contract workers who are paid for as little as one hour per week. The ratio of directly-employed to self-employed people also rose.


Meanwhile the Confederation of British Industry (CBI), the body that represents big business in the UK, warned that the recession would only deepen in the fourth quarter — traditionally the season of Christmas splurging.

It said economic activity had fallen in the fourth quarter twice as fast as in the previous three months, despite an extra bank holiday in September for Queen Elizabeth II's funeral depressing third-quarter takings.