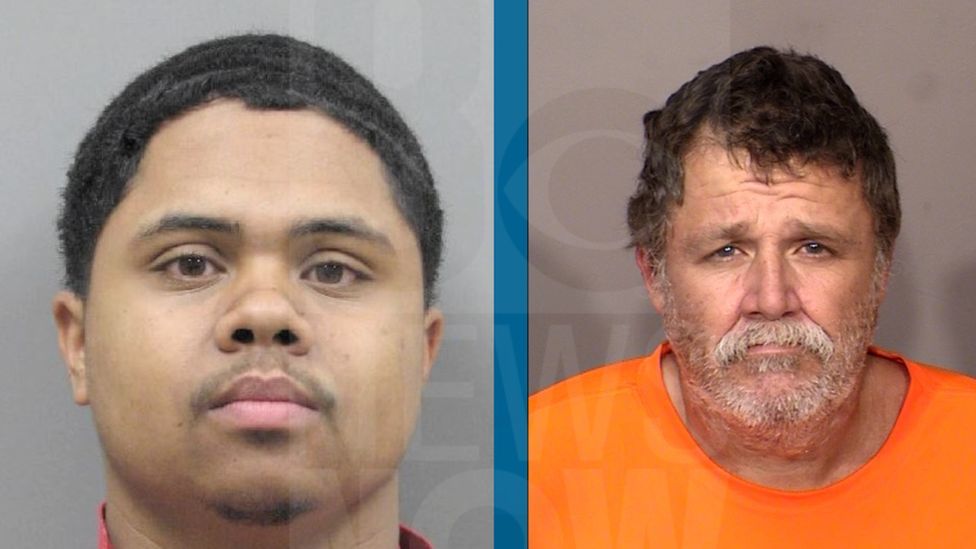 Shane Lee Brown, 25, was arrested in January 2020 in a traffic stop after he failed to show his licence. Las Vegas police found a warrant in his name.

But that warrant was actually for Shane Neal Brown, a middle-aged white man with a beard, the lawsuit claims.

The younger man was not charged with a crime and is now suing for damages.

A spokeswoman for the city of Henderson told US media that the younger man had been lawfully detained for driving with a suspended licence. The city did not refer to the allegation of mistaken identity in the legal action.

The lawsuit says officers wrongly thought Mr Brown was Shane Neal Brown, a white man with brown hair, blue eyes and a beard. Now 51, he was first jailed for a felony in 1994, before the younger Mr Brown was even born, reports US media.

Shane Lee Brown stands about 4in shorter than the older man, adds the lawsuit against the Las Vegas and Henderson police departments.

"During his unlawful detention, Shane Lee Brown repeatedly explained to numerous unknown Henderson police officers and supervisors that he was not the 49-year-old white 'Shane Brown' who was the subject of the felony warrant," the lawsuit says.

It accuses officials of failing to perform "due diligence" by comparing his booking photo to the one on file for the older white man.

Shane Lee Brown was eventually released nearly a week after his arrest when his lawyer had a judge compare the two photos.

He appeared in court later in January and accepted a plea deal. It is unclear if he was already in custody at the time of the younger man's arrest.

A spokeswoman for the city of Henderson told NBC News on Monday that the younger man was "correctly arrested" for driving with a suspended licence, contempt of court and failing to pay a fine to the city.

"Mr Brown admitted to the arresting officers that he knew his driver licence was suspended and that he had traffic warrants in Henderson," said spokeswoman Kathleen Richards.

"The plaintiff in this lawsuit has not presented all the facts and circumstances behind his lawful and proper arrest by Henderson Police, which will be further addressed in the City Attorney's response to the court."