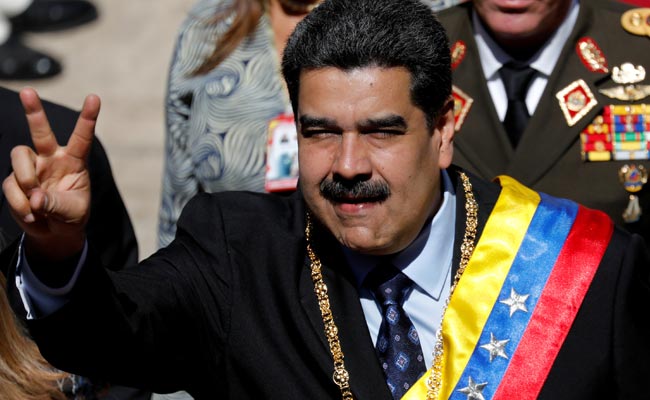 On trial in Miami, Florida following his extradition from Cape Verde earlier this month, the Colombian businessman still faces one count of conspiracy to commit money laundering, which could carry a 20-year jail term.

Judge Robert Scola of the Southern District of Florida signed the order at the request of the prosecution.

On September 7, 2020, during the extradition process, the United States "sent an assurance" to Cape Verde that it would not "prosecute or punish defendant Alex Nain Saab for more than a single count of the indictment," the prosecution said in its request to Scola.

The decision was made "in order to comply with Cabo Verdean law regarding the maximum term of imprisonment," the request said.

Saab, a Colombian national, and his business partner Alvaro Pulido are charged in the United States with running a network that exploited food aid destined for Venezuela, an oil-rich nation mired in an acute economic crisis.

They are alleged to have moved $350 million out of Venezuela into accounts they controlled in the United States and other countries.

Saab, who also has Venezuelan nationality and a Venezuelan diplomatic passport, was indicted in July 2019 in Miami for money laundering, and was arrested during a plane stopover in Cape Verde off the coast of West Africa in June 2020.

He was extradited to the United States on October 17.

Venezuela's opposition has described Saab as a frontman doing shady dealings for the populist socialist regime of Maduro.

The prosecution said that the dismissal of charges only affects Saab, not Pulido.

The accused was due to appear before Scola on Monday to attend the arraignment and plead guilty or not guilty.

But the hearing was postponed until November 15 to allow Saab to meet for the first time in person with his lawyer, Henry Bell.

That meeting has not yet taken place because Saab was quarantined upon his arrival in Miami as a precautionary measure due to the Covid-19 pandemic.

Venezuela reacted furiously to Saab's extradition, suspending talks with the US-backed opposition on ending the country's political and economic crisis.

Maduro's government, which gave the Colombian Venezuelan nationality and an ambassadorial title, fought unsuccessfully to prevent his transfer to the United States.

Caracas also accused Washington of abducting the businessman, and Maduro ordered the suspension of the government's negotiations with the opposition in Mexico.
#COVID-19  #Covid