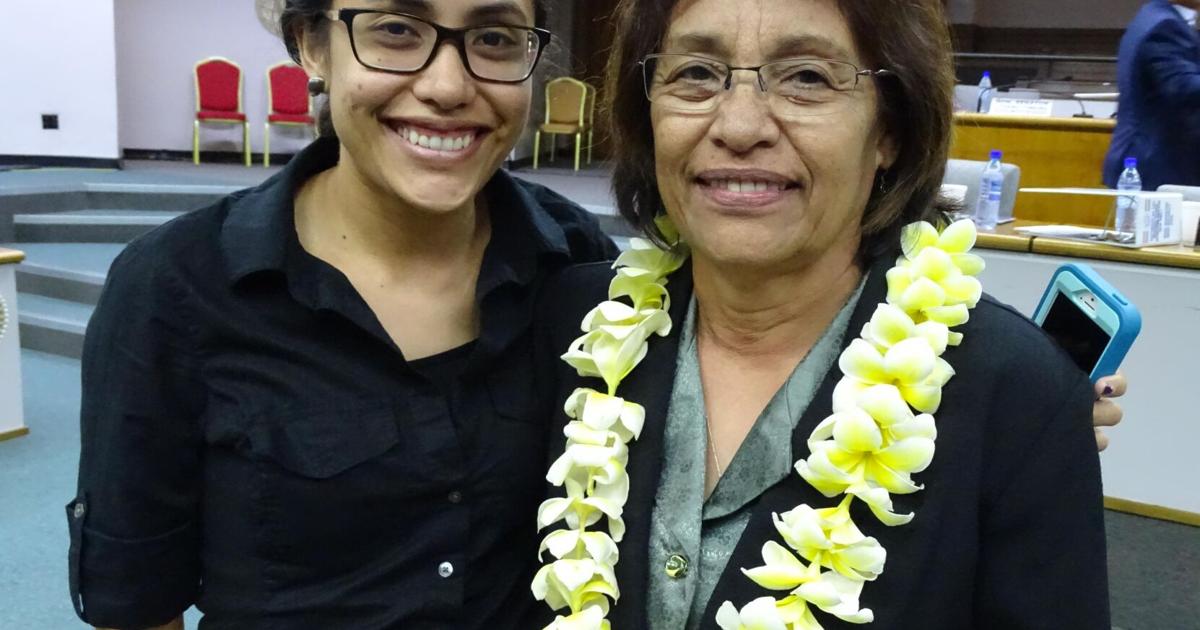 The United States Justice Department unsealed an indictment Saturday against two naturalized Marshall Islands citizens accused of bribing numerous high-level elected and other officials in the Marshall Islands to gain government support for establishing a controversial semi-autonomous zone for foreign investment activities in this western Pacific nation.
Cary Yan and Gina Zhou were extradited from Thailand and arrived in New York City Saturday, U.S. Justice Department officials announced. Yan and Zhou, both naturalized Marshallese citizens who are also known as Hong Hui Yan or Chen Hong and Chaoting Zhou or Angel Zhou, respectively, had been in jail in Thailand since November 2020.

Yan and Zhou are charged with three counts of violating the U.S. Foreign Corrupt Practices Act and two counts related to money laundering. “The U.S. Attorney announces extradition of two defendants charged with bribing high-level officials of the Republic of the Marshall Islands,” said an announcement Saturday of the unsealing of the indictment against Yan and Zhou issued the U.S. Attorney’s Office of the Southern District of New York.

The charges are the result of a multi-year investigation by the U.S. Federal Bureau of Investigation and the U.S. Justice Department.

The charges refer to six Marshall Islands officials by number designation, not by name. Five of the six, who are described as “Official-1,” “Official-2” and so forth in the indictment, are alleged to have accepted bribes, while one is said to have refused to accept a bribe to support legislation to create the special investment zone for Rongelap Atoll. The charges state that Yan and Zhou paid bribes and also paid for travel and entertainment of high-level Marshall Islands officials for events related to supporting a foreign investment initiative in the Marshall Islands, including a public launch of the plan in Hong Kong in April 2018.

“As alleged, Cary Yan and Gina Zhou’s bribery scheme was designed to influence and manipulate the legislative process of the Republic of the Marshall Islands in order to benefit themselves and their associates financially,” said U.S. Attorney Damian Williams in a statement. “Yan and Zhou’s bribes blatantly flouted the sovereignty of the Republic of the Marshall Islands and its legislature, and the dedicated investigative work carried out by this Office and our partners signals that the Southern District of New York will not tolerate those who violate the integrity of democratic processes.”

U.S. law enforcement said Yan and Zhou engaged in numerous corrupt practices that aimed at subverting the legislation process in the Marshall Islands for their personal interests. Yan was the proponent in 2018 of the “Rongelap Atoll Special Administrative Region” or RASAR — a bid to set up a special foreign investment zone that would have been exempt from many of the country’s laws — that then-President Hilda Heine’s government refused to endorse.

In 2021 it was repackaged by Yan and proponents as the “Digital Economic Zone of Rongelap Atoll” or DEZRA and promoted as way to address economic development needs of this U.S. nuclear weapons test-affected island group that left most of Rongelap Atoll off-limits due to high radiation levels. DEZRA “is such an invitation to unscrupulous activities that I would be surprised if any reputable financial institution would want to deal with the government that condones this,” John Douglas, the chairman of the Financial Services Volunteer Corps, a group closely connected to the U.S. Treasury Department that has advised the Marshall Islands for many years, said in May 2021 as the DEZRA legislation was pending in the Marshall Islands parliament. Ultimately, the legislation was not passed.

“Yan and Zhou allegedly engaged in a multi-year scheme to bribe elected officials in the Marshall Islands and to corrupt the legislative process,” said Assistant Attorney General Kenneth A. Polite, Jr. “The department is committed to prosecuting individuals who participate in international corruption and undermine the integrity of democratic institutions and the free marketplace.”

FBI Assistant Director Michael J. Driscoll said in a statement, “As alleged, the defendants conducted multiple illegal activities to benefit their personal interests at the expense of the people of the Marshall Islands.”

The charges are filed in New York because Yan ran a non-governmental organization, the World Organization for Governance and Competitiveness, that was registered in New York in the 2016-2018 period that “held itself out as maintaining ‘special consultative status’ with the United Nations Department of Economic and Social Affairs from at least in or about 2016 to at least in or about 2018,” said the court charges. “Yan … held himself out to be the President and Chairman of the NGO.”

The NGO paid for the travel of several Marshall Islands officials to Hong Kong, said the charges. “A number of RMI officials attended the April 2018 conference, including Official-1 and at least two members of the Marshall Islands legislature with the ability to vote on the RASAR Bill if and when it was introduced ("Official-2" and "Official-3"),” the unsealed charges state. “The NGO paid for the travel of those officials to Hong Kong, and for their accommodations and entertainment while there. During the conference, Official-2 gave a speech praising the RASAR.”

When the RASAR legislation was introduced to parliament in 2018, “the defendants offered and provided a series of bribes and other incentives to obtain the support of RMI legislators for the RASAR Bill.”

With the RASAR legislation pending in September 2018, the charges state that Yan and Zhou “offered a cash bribe to a Marshall Islands Official ("Official-5") to support the RASAR Bill, which Official-5 refused to accept.”

During this same period, Yan and Zhou paid a “cash bribe to Official-3,” the charges said. “Official-3 had officially sponsored the RASAR Bill in August 2018, and also took other actions to attempt to pass the RASAR Bill before and after this cash bribe was paid.”

Because the government of President Heine refused to endorse the RASAR legislation, it was never actually introduced to parliament, sparking an unsuccessful vote of no confidence by RASAR and other opponents in the parliament in November 2018. “In an email sent on or about December 1, 2018, to Cary Yan and Gina Zhou, the defendants, a Marshall Islands Official (“Official-6”), who had worked with Yan and Zhou in the 2018 effort to pass the RASAR Bill, promised Yan ‘revenge’ against the then-President of the RMI ("President-1"), who had successfully opposed the RASAR Bill,” said the charges filed in New York. “President-1” refers to then-President Heine.

Following the late 2019 national election, Heine lost the presidency when the parliament elected MP David Kabua president in January 2020. However, the DEZRA legislation, although introduced to parliament in 2021, was never adopted.